Calling Fallout 4 a captivating game is an understatement. Deep within Bethesda’s title, gamers will find an engrossing world filled with mystery and adventure. The gruesome wasteland is riddled with mutants, vicious animals and the worst kind of monster there is – other human beings.

Step inside the post-nuclear world at your own peril.

Your character will evolve from an eager go-getter to a jaded wasteland warrior by exploring the Boston ruins, and discovering how hard America has taken a beating over the past 200 years.

The game starts in 2075 in Boston. Cue in a gleefully happy family on a serene morning. Mother, father, child and robot butler enjoy breakfast and some well deserved lollygagging. It provides a glimpse on how America might have become if they would have persevered with the World’s Fair invention era of the ’30s. 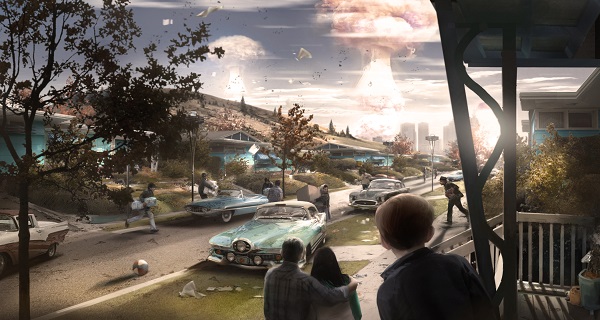 The Cold War ain’t so cold after all.

Life is charming, what else a family could wish for? Not a nuclear apocalypse for sure.

Now cue in a TV broadcast that warns people to get into an underground bomb shelter as soon as they can. It’s time to call Vault 111 your new home. This is where you’ll spend the next 200 years – frozen and without a clue what’s happening in the real world.

Eventually, you’re awakened from your cryogenic-stasis in 2277. But it’s not your usual get out of bed call. It’s a rude revival to say the least. 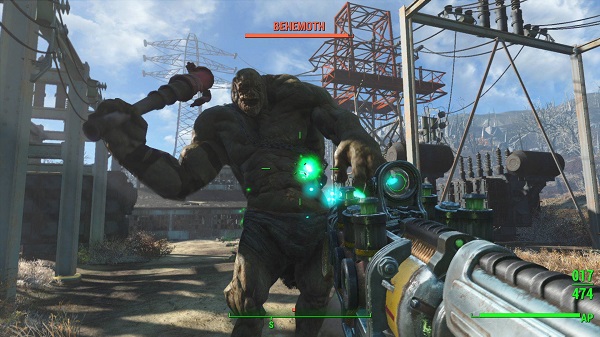 After your forced hibernation ends, you understand that everything has changed way passed your imagination. Also, there’s someone, or something, that kidnapped your son. So, you know, you have to get out into the decrepit landscape and search for him.

Deer drink from toxic streams, and the great city of Boston, your former home, is now in ruins. Fenway Park, where you usually went to enjoy some time apart from the everyday stress of work and life is now a shanty town. Visiting the now happy place for criminals brings all sorts of painful memories.

Freedom Trail is basically no more – it’s broken and if I were you, I won’t go near it just out of the vault. Mutants might have made it their home. You don’t want your bones to be gnawed on, right? You have a son to find.

On your quest to retrieve your loved one from whomever decided to kidnap him, you’ll be sucked deep into the political and social landscape of Fallout 4.  Your decisions, how you choose to tackles quests and encounters will shape not only your journey, but the wretched wasteland itself. 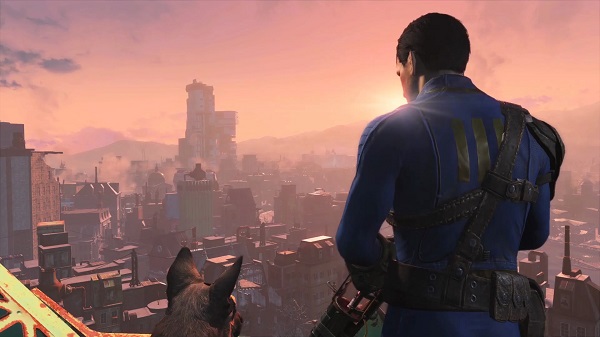 So, Netflix and chill tonight or you have something else in mind?

Fallout 4 will systematically challenge gamers to make a compromise of sorts. Everyone wants to survive the nuclear ordeal, but nobody wants to work together to achieve a greater goal. People soon understood that the comfy world of the 1950s has turned into a hellish nightmare where, in order to survive, one needs to kill his fellow dog, eat it and resemble terror incarnate.

The wasteland hooks every human flaw and nicks it straight into view for the public to witness and fear. Better to be a terrifying warlord that thinks he’s at least saving his family from starvation rather than become a smouldering abomination.

Boston’s instability is visible and it could very well destroy everyone in the city. Yet, there’s one company that tries to re-build – infrastructure and relationships; and control life for a better future. The Institute is its name and it brings homage to Cambridge’s MIT – the famous Massachusetts Institute of Technology. Well, a twisted and demented MIT, to be frank.

The Institute is the game’s main source of androids, better known as Synths. Some Synths look like colourful and animated mannequins, while others, newer android models, resemble people to the tiniest of details. And go figure, real human beings are scared and concerned that these robots will infiltrate their lives. 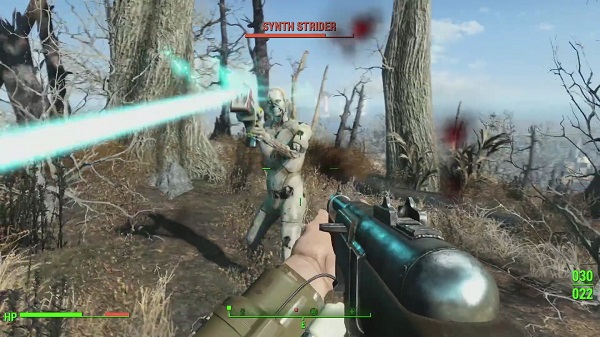 Do you have time to talk about our lord and saviour?

It brings Philip K. Dick’s Do Androids Dream of Electric Sheep? themes into discussion – problems with identity and the meaning of life. Where do you draw the line between organic human beings and synthetic androids? Both are capable of reason, and both realize that they’re just a small puzzle piece in the vast unknown. A huge question plagues the wasteland – How do you define a human?

Delving deeper into this Pinocchio look-alike, you’ll find yourself balancing perfect and imperfect outcomes. You pick sides, you have do a group a favour in order to get your son back. But every victory is a tragedy to someone. Every greater good is a greater evil to the opposite group. You’ll be always sacrificing something to gain something else.

Decisions will only get harder as you progress. With great power, comes great responsibility and as you amass influence and respect, you’ll screw people over more often than you care to admit.

This brings us to combat. 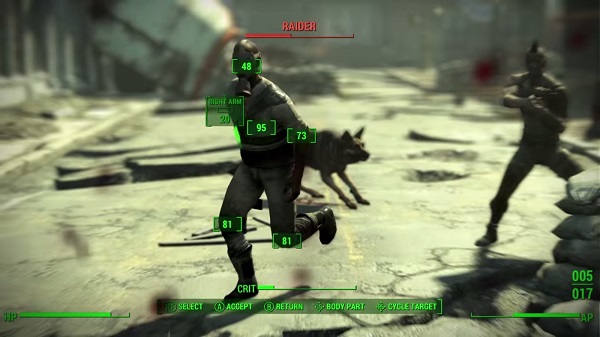 He’s too eager to die.

V.A.T.S. makes a comeback, and I’m glad, and disappointed at the same time,  to say that it hasn’t changed that much. The fundamentals are still there, and I’m happy Bethesda didn’t try to fix something that clearly wasn’t broken. But I was expecting more rebranding, more redesigning of our old, but beloved, shooting system.

This isn’t a complaint and I digress.

Combat is fun, conflict is exciting. Lacking ammo isn’t so unusual as you may think. Struggling to run away from fish-like mutants that ooze poison from every hole isn’t either.

You can easily flee from enemies, but if you stick to your guns, you are immensely rewarded with valuable items. You need to constantly weigh pros and cons – should I take this heavy dose of stimulant and vanquish mine enemy and risk turning into a ragdoll? Or run screaming with zero loot and never talk to anyone about this ever again?

You level up as usual. There’s no revolutionary levelling system – you get one stat point to invest in one of the seven Fallout 4 attributes. Strength, Luck, Intelligence, Endurance, Perception and Charisma – these determine how competent you are dealing with social interactions, combat, weapons and even words.

Furthermore, by becoming proficient in one stat, you can invest in perks and enhancements. These boost your abilities.

The same points can be spent for either perks or attributes, so be careful how you balance your character. Don’t forget, people need a certain amount of skill to effectively talk with others to get what they want. 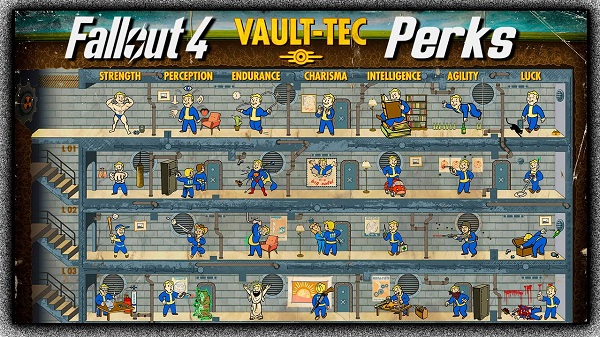 Mark my words, this will be one of the most sold posters or t-shirts this X-Mas!

There’s no level cap, and Bethesda offers the possibility of mastering every attribute and perk. The freedom is yours, but it’s a little bit overwhelming.

Levelling up isn’t the only way to enhance your power. Acquire new gear to better your enemies in battle is a must. Searching for loot is crucial, and it’s a constant worry for Fallout 4 gamers. Get the best gadgets, and get the best parts to mod your equipment. Trade in useless scrap that you don’t need for resources that can be crafted later-on into something that you’ll actually use.

Yet, a boss fight usually provides the power-hungry player with enough scrumptious armour pieces and weapons to outlast the need to scavenge.

However, you’ll have to search for legendary monsters throughout Fallout 4’s wasteland.

Fallout 4 is an RPG-infused title, and like every RPG, not searching corpses or refusing to loot everything that you can get your hands on is like signing your own death sentence. Even if you only find junk items, take them – they will be useful on the long-run. 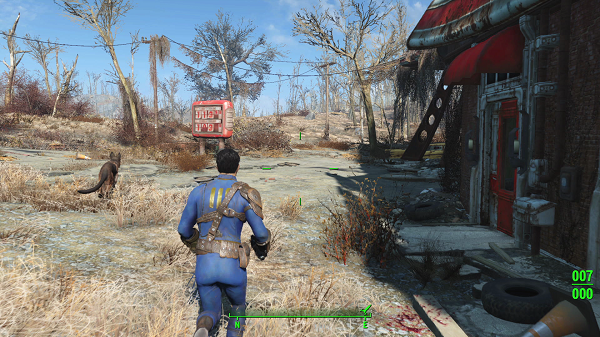 Where did I leave my keys again?

Also, you can find ammo and health items by searching cadavers, unlocking chests, and hacking servers to gain access to hidden treasure rooms.

Junk is important not only for selling it to the highest bidder, but also for one of the most awesome new features in Fallout 4. The ability to build a home.

You can establish a small garden of sorts filled with whatever vegetable you want, and you can even build your own defense system in case the world wants to settle shop in your life.

The beauty of Fallout 4 is that along your quest to find your son’s location, you will empathize with the wasteland’s denizens. Over time, you’ll grow fond of them and jump to their side when things get nasty. This means that a relationship of trust has rooted between you and the party you are helping. Survivors will want to join your efforts thus bolstering your ranks. They can provide cover-fire or locate hidden enemies or items for you. 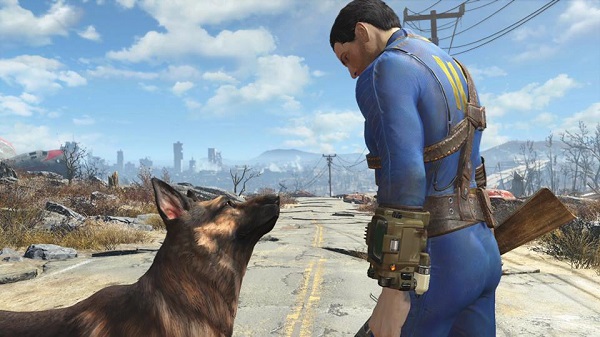 What do you want to smell next?

Your first brethren in arms is a German Shepherd that goes by the name of Dogmeat. With a contagious bark, a charming waggle of the tail and a toothy smile, I grew to love my virtual companion.

Like every game, Fallout 4 has flaws. Navigating the map will feel like a chore because of its poor functionality and local maps are just downright infuriating – as they don’t provide any useful data.

I found the inventory to be similarly frustrating. There are filters present, but not enough. Looking for a weapon that uses a particular type of ammo means that you have to scroll through your sack and manually weigh the pros and cons to draw a comparison. Ammo is limited, and you’ll be doing this weapon A vs weapon B comparison more often than not.

Pair this with persistent glitches that break the line of spoken dialogue, characters that get stuck in objects here and there and it might become a deal breaker. 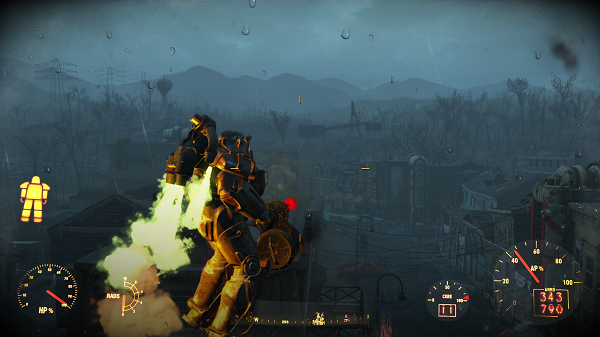 I found myself itching to get back into Fallout 4 every time I exited the game. It’s fun, it’s entertaining and it’s beautifully made.

Yes, it has minor issues here and there, but nothing a couple of patches or hot-fixes won’t resolve. Fallout 4 is an excellent addition to the open-world genre. Gorgeous landscape that truly speak apocalypse, interesting characters with extraordinary voice actors, an intriguing story-line and fantastic game mechanics.

Fallout 4 is a serious contender to the GameGuideWorld Game of the Year award..

You can buy Fallout 4 off of Amazon and Steam right now. It’s available for PS4, Xbox One and PC – both digitally, and physically.

Yet, don’t forget to check our Game Deals and Promo Page to find the best Fallout 4 Game Deal.