The Fallout series, including its latest incarnation Fallout New Vegas, are masterpieces of action adventure gaming. Set in a post-apocalyptic world, New Vegas has you playing the part of a Courier who is left for dead, but miraculously survives and goes to search for the man who did them wrong.

New Vegas places you into a vast, expansive world where factions and intrigue abound. A feature of the series has been the many different paths a player can take, and especially the decisions you have to make as to which faction you ally yourself with.

The game is huge but despite this, the developers have managed to add yet more content via downloadable expansion packs. Fallout New Vegas Lonesome Road, the latest – and final – piece of additional content joins the existing three content packs, completing the developer’s plans for the title in one last hurrah.

Now, generally, we are a bit cynical about additional content, as it almost feels if it is content that was left off the original release based on either time or cost. Not so with the Fallout series, as each expansion release builds on the original and offers more choices and depth to the original story. They are well constructed and offer more equipment and an increased level cap. This final release is no exception. 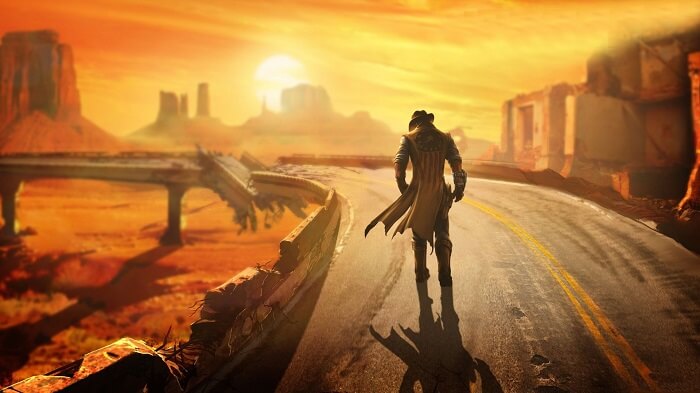 Fallout New Vegas Lonesome Road completes the saga of the Courier quest line and starts with the player being contacted by the mysterious Ulysses daring you to journey into the great divide. Now, this is no easy journey and we recommend that you have a level of at least in the mid 20’s, although much higher is preferable. You go with what equipment you have but you must travel alone with no pets or companions. 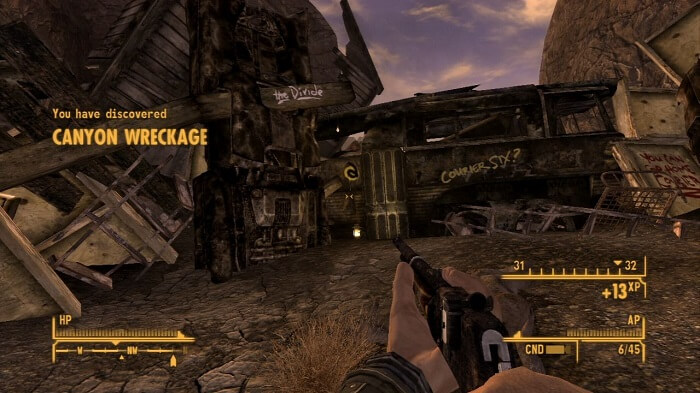 The entrance to the Great Divide 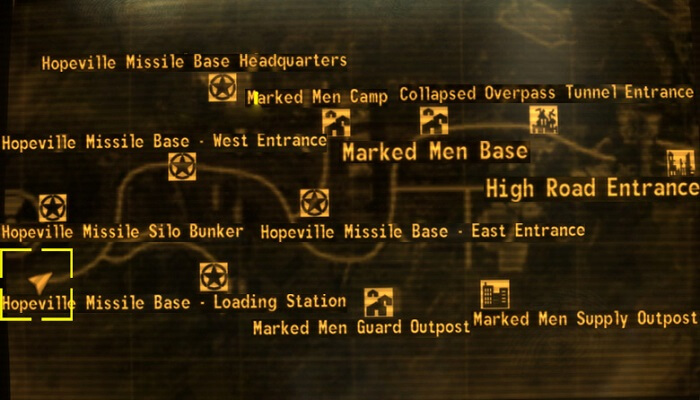 As the title suggests, this is very much a linear journey so you might need to look at a walkthrough. There are some 30+ new locations to explore and 10 additional quest lines to complete. Of course, there are more weapons to discover as you progress in the journey. Notably, there is the arc welder, the red glare rocket launcher and the shoulder mounted machine gun. In addition to weapons, there is also new armor, with our favorite being the General’s Uniform. 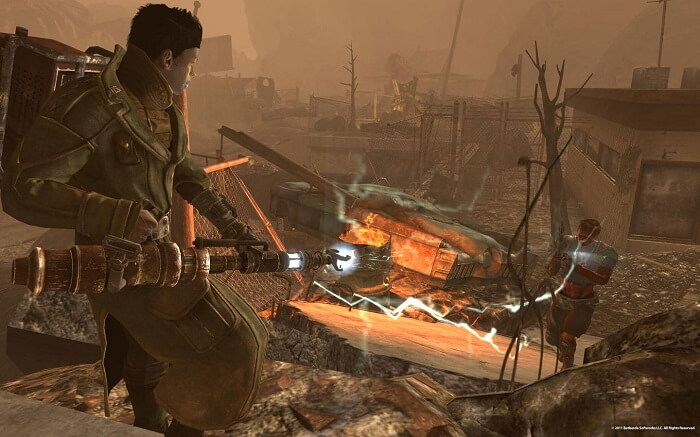 The General’s Uniform in action

With all this comes new enemies, largely of the humanoid kind. These have been placed in the game to their best advantage. Hidden up high, in flanking positions or on overwatch, these opponents were some of the most challenging we have played against in the series. Often we were left trying to pinpoint where the shots were coming from or, in some of the more tricky situations, we found ourselves swamped by cunningly contrived ambushes.

The restriction of no companions is quickly compensated for early on in the game with the arrival of an ED-E Robot, who is pivotal in completing a lot of the quests. He also repairs the new commissary stations which are dotted around the buildings where you can buy and sell items. If you are lucky you can also discover upgrades to your robot. 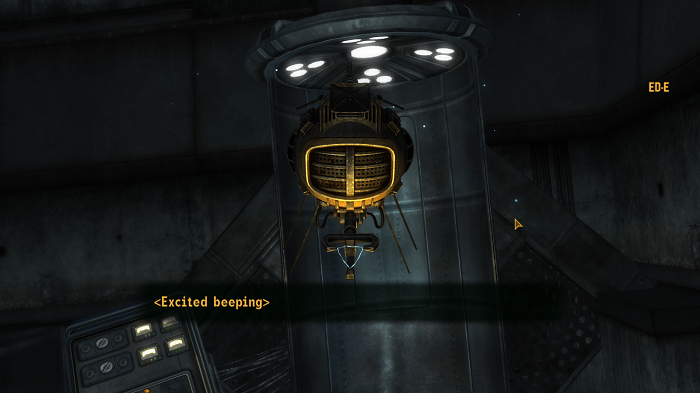 ED-E is a useful little robot

For a complete walkthrough of the game, check out YouTuber SSoHPKC‘s series.

Without giving too much away, the story forces you to make some hard decisions that generally involve where you send nuclear missiles. The terrain is like the rest of the series: very detailed and feels very much like you would expect a nuclear wasteland to be. Like the original game, once you enter the new map you are greeted with an enormous vista of the great divide spreading out before you. Indiscriminate use of the nukes, of course, changes the terrain, both in the expansion and, depending on your choices, can also change the terrain in the core game. Nuclear urban renewal provides some interesting moral dilemmas for the player.

Overall playtime to complete the Fallout New Vegas Lonesome Road expansion is around 4-5 hours, which does not sound like a lot. However, this needs to be matched against its price of USD 9.99, which we believe is more than fair given its quality. If you are a fan of the series then we highly recommend it as it closes the saga on a high note.