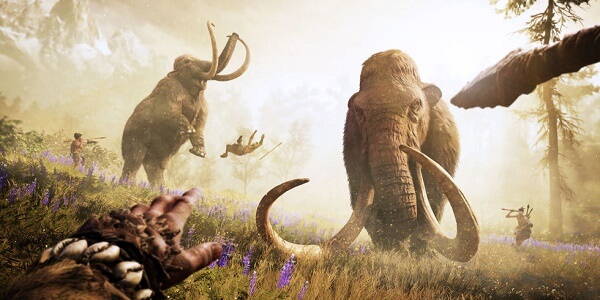 When it comes to hunting animals, it’s better to always stay crouched and keep a safe distance between you and your prey so you won’t get spotted. We recommend to effectively kill small prey with a single arrow to the head, but don’t fret if you happen to just wound it. It will flee but you can track it with your hunter vision. You can also opt to head in the direction it went, because it will eventually die of blood loss and a cross will appear on your mini-map, telling you where to find its body.

Hunting certain animals isn’t that hard. Just zoom in on the main map and look for beast icons. They indicate the general area where you can find them, and if you hover over the icons you’ll get tips about behavior and such. Always remember to be super stocked up before taking on an apex predator, because if you tackle a brown bear without a full arsenal of arrows and spears, you’ll regret every second. 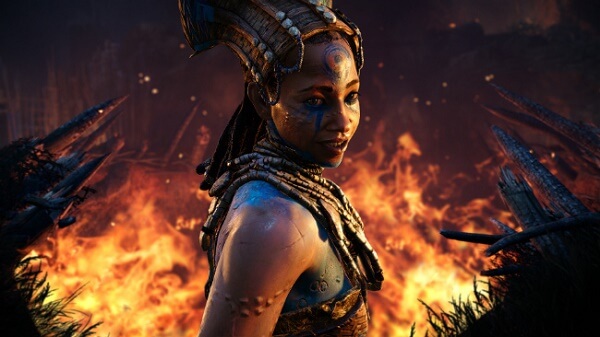 Fire is an important element in Far Cry Primal, which factors in several possibilities to either plan an attack , or brave through the freezing northern wasteland. As long as you have animal fat, and you can gather it quite easily, you can pull up your weapon wheel and set alight whatever weapon you wish.

Burning arrows are our favorites as you can light bonfires from a distance, as well as set your foes ablaze. Try to use them to create a distraction – set random fires at an enemy camp and attack from a different direction, effectively catching them off-guard and pummeling them to pieces.

Also, remember that if you plan to travel north, you’ll want to often set up campfires so you don’t freeze to death.