If you are looking for some old school open world mischief, there are several games that will fill the void. Aside from games like GTA and Watch Dogs, the Mafia series offers plenty of mob mischief but in a similar style as GTA. However, these titles do share one thing in common and that is its open world filled with complex characters and a timeless storyline with plenty to work with. In this Mafia 3 review we will discuss how it offers players a chance to take on the mob once again as Lincoln Clay.

Another epic addition to the gaming world, this series of games provide a more unique story, focused around the War in Vietnam and American life as a result afterwards. Successfully the saga lives on in this latest addition to the group as it expands the world even further. But there is no noticeable connection to either of the first two games which is what makes Mafia 3 so different. We have researched this and similar titles to explore and compare in this Mafia 3 review.

Quick Navigation
What Is Mafia 3?
Product Specs
Pricing
How It Compares
Mafia 3 Review
The Godfather
Scarface: The World Is Yours
Sleeping Dogs
Best of This Mafia 3 Review

Mafia 3 is the latest edition to the Mafia gangland saga presented by 2K. Set in 1968, following the years of war with Vietnam. Returning home to New Bordeaux, a unique re-imagined New Orleans, is Lincoln Clay after years of combat overseas. Orphaned and looking to escape a criminal past he is united with the black mob, who become his only family. 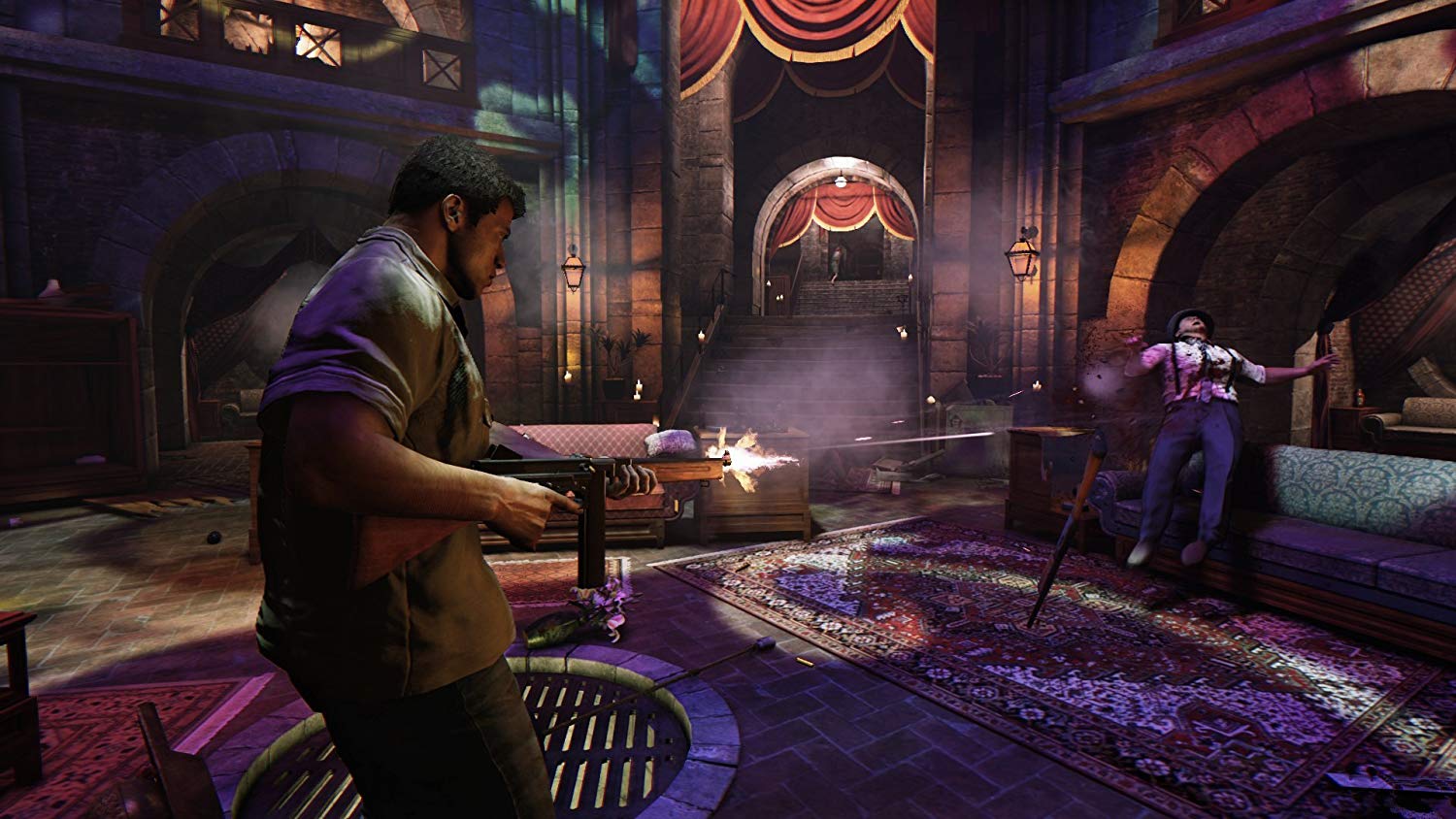 Betrayed and wiped out by the Italian Mafia, Lincoln must now assemble a new family to help him seek revenge on the members responsible. We will discuss further details later on in this Mafia 3 review. This game is rated M for mature and can be played on PS4, Xbox One, and PC (Windows AND Mac).

This action-packed multi-platform game features some insanely cool cars that you can customize, race and travel in, and randomly generate anywhere much like in the GTA series. Combat includes savage hand to hand fighting, crazy gunfights, and of course, you get to blow stuff up. 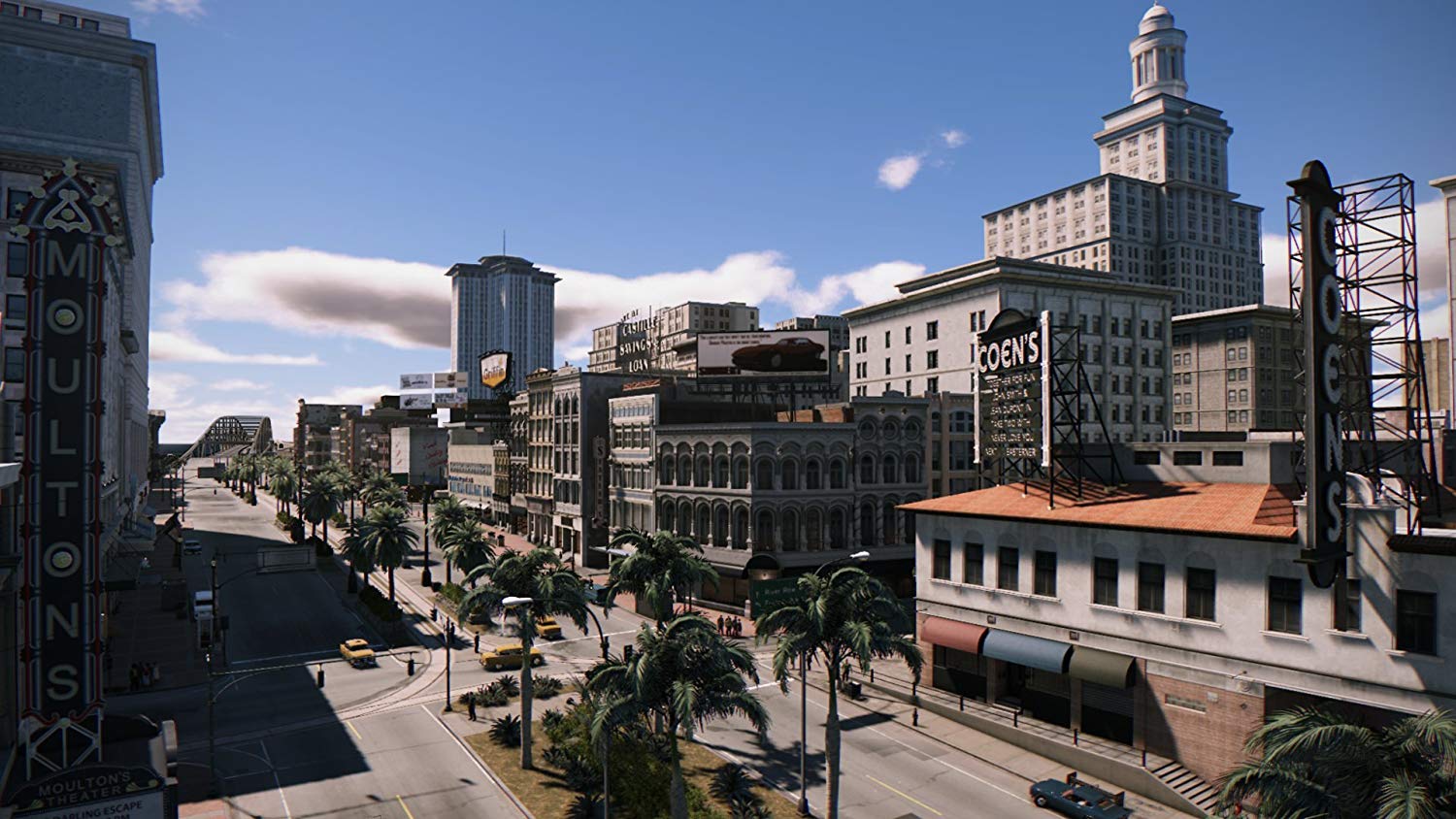 No game like this is ever complete without being able to blow some stuff up. But your progress will be based on your ability to navigate through the rough streets, choose your style of game play, and track down the best of the best to build your new family.

Explore the rugged open world by foot or vehicle, use your map to navigate and set waypoints. Unlike like other open world games, Mafia 3 does not have a fast-travel feature. Meaning the player has to actually travel to their given destination no matter how far away it may be. Which is a tad inconvenient in an open world setting. 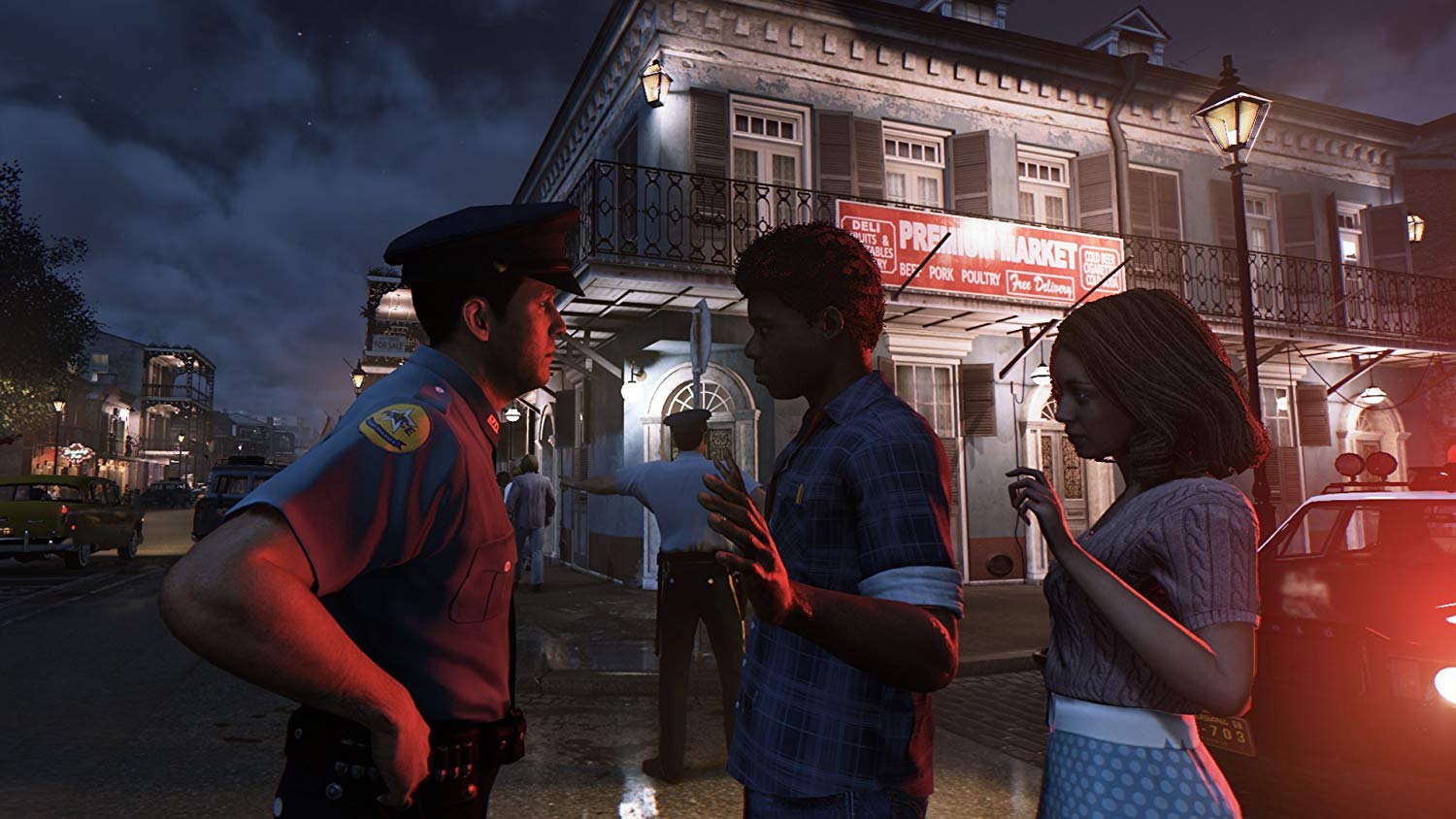 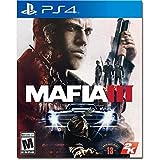 We picked a few similar products available on the market to see how they compare.

Scarface: The World Is Yours

For the sake of this entire Mafia 3 review, this game is available for multiple platforms and can be found on Amazon for around $18, or Steam for around $40 which may or may not include extra content as a direct download.

Customize your character, find and recruit new characters to your mob of maniacs, drive and customize sexy cars, carry out missions, and blow some stuff to hell. Whatever it takes to get the revenge against the Italian Mafia you seek. This game is rated M for mature and available on multiple platforms. There is also downloadable content for this game should you desire even more action.

New Bordeaux, a re-imagined New Orleans set in 1968. After years of war with Vietnam you return as Lincoln Clay, an orphan recently recruited into the black mob who eventually came to call his family. But they are betrayed by the Italian Mafia and every one of the members is wiped out. Explore an open world where you build a new team and rein hellfire down on the men responsible.

Graphics for this game are updated frequently and are currently pristine for the time being. But there are several versions and each one will be different in quality. Cinematics are crisp and smooth, you likely won’t skip through too many of them. And game play is just about the same as the cut away scenes. Just with more explosions.

The Godfather The Don's Edition -PLAYSTATION 3
Buy on Amazon

This open world mob game is an intriguing combination of the original storyline from the iconic movie, and some key elements similar to those of GTA. Giving this huge storyline a purposeful setting is what makes it so unique. The closest thing we'll ever get to living the story of The Godfather.

This game is only available for Xbox 360 and it can be found on EA Games, Amazon or from any licensed retailer.

Presented by EA Games in order to keep up with its contender the extremely successful Grand Theft Auto from Rockstar Games. It is an epic combination of the classic storyline from The Godfather movie, and many of the same key elements of game play as Grand Theft Auto. It is rated M for mature, is currently available on Xbox 360, and still upholds a fairly hefty price.

This game does not just turn the Godfather storyline into a game, it turns it into the delightful experience fans have always wanted. Playing very much like a Godfather version of Grand Theft Auto. An awesome look at a re-imagined 1930’s New York that includes character voices done by original actors in the movie for their respective characters.

Because this game kind of fell off at Xbox 360 the graphics are sub-par. There are occasional updates but nothing really to write home about. But it does not affect the quality of the game play or cinematic in any way.

Scarface: The World Is Yours

Another awesome adaptation of a beloved mob boss story. Al Pacino was also in the Godfather but because he was getting his own game for his major role in Scarface, his likeness was not used in the game version of The Godfather.

This game also has a shocking price tag considering it is only available on Xbox and Playstation 2 systems (Playstation 3 if your system is capable.)

Unlike the previous title in this Mafia 3 review, Scarface: The World Is Yours starts where the movie ended. Your journey to rebuild Tony Montana’s empire as the infamous Al Pachino is fueled by coke deals, hired guns, and just plain old bossness.

This action packed gangland is a rousing ‘what if’ ending to the Scarface storyline that we all secretly wanted. You play as Al Pachino in an open world version of Miami, and you have one over all goal in this world, reclaim the empire of the legendary Tony Montana.

There is also an additional game play feature called ‘Blind Rage’ in which the player is given a ‘Balls Meter’ on their existing screen. This meter fills over time by taunting victims and killing enemies. Once the meter is full Al Pachino turns Tony Montana for a short period of time, which makes him immune to damage, aim automatically, and say some rather vulgar things, all in an epic slow motion psychotic rage.

Much like our previous game, Scarface: The World Is Yours has fairly sub par graphics reminiscent of the first generations of Grand Theft Auto. Nonetheless, it has sexy cars to create and drive, lots of drugs, the ability to buy cool stuff for your mansion, a variety of weapon types, and plenty of mob action.

An interesting stretch from our other games in this Mafia 3 review, Sleeping Dogs is not another clone of Grand Theft Auto with a different storyline. It offers its own unique mob story, combat, and game play.

This game is available for Playstation 4, Xbox One, PC, Playstation 3, and Xbox 360 and can be found on Amazon or Steam (for Windows or Mac.)

Sleeping Dogs is a gritty gangland drama with a unique storyline that puts a twist on your usual gang related mischief. This game is primarily sold to be played on newer consoles and on PC, but older versions of the game still actively exist. Enjoy insane combat with deadly martial arts, run rapid on the streets of Hong Kong in exotic cars, enter crazy gun fights, and take enemies down hard. Obviously, this game is rated M for mature.

Players explore Hong Kong and its dark side as Wei Shen, a newly undercover police officer on a mission to infiltrate the Triads. He needs to prove himself to gain trust and move forward, he could blow his cover at any given time for any wrong decision made in the course of the mission. Terrorize the streets of Hong Kong with deadly martial arts, sexy cars for travel and of course, illegal races. There are also a bunch of other things you can do as entertainment in various districts, like sing karaoke and bet on cock fights.

The reason I give this part of the review a 4/5 stars, in comparison to this Mafia 3 review, is because every version of the game is adapted to different consoles. The most current version is available as the Definitive version. This offers the updates to graphics, game play, and other massive variant of the game.

Best Of This Mafia 3 Review

All of these games deserve some serious appreciation. It is difficult to compete with a massive game series as successful as Grand Theft Auto. But they all have something a little different to bring to the table. Each one of the games in this Mafia 3 review all have their own unique story lines and combat styles. The next time you are in need of any kind of gang related mischief these are all games to give a look.

But in this review, we rate Mafia 3 the 5 / 5 star review for providing the best current open world gangland/mob boss experience that is not a Grand Theft Auto title. We highly recommend that you give this game a try the next time you are on the market for an action-packed mob game.