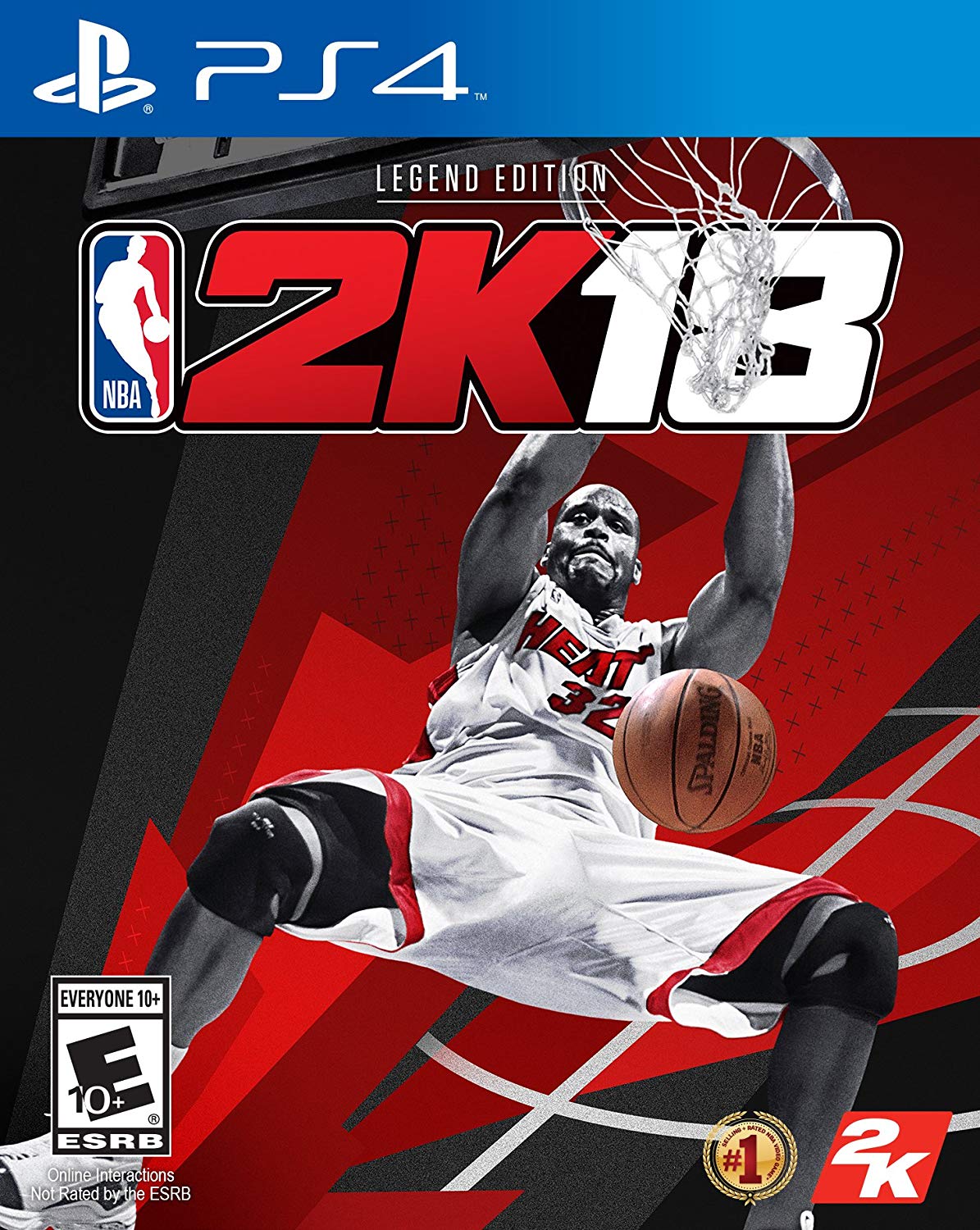 With NBA 2k19 being released this past September, NBA 2k18 is now being pushed into classic status. So let's take a deeper look into the game itself, and break down the best and worst parts of the game.

Then we'll compare it to previous basketball simulator games that paved the way. This is our in-depth NBA 2k18 review. 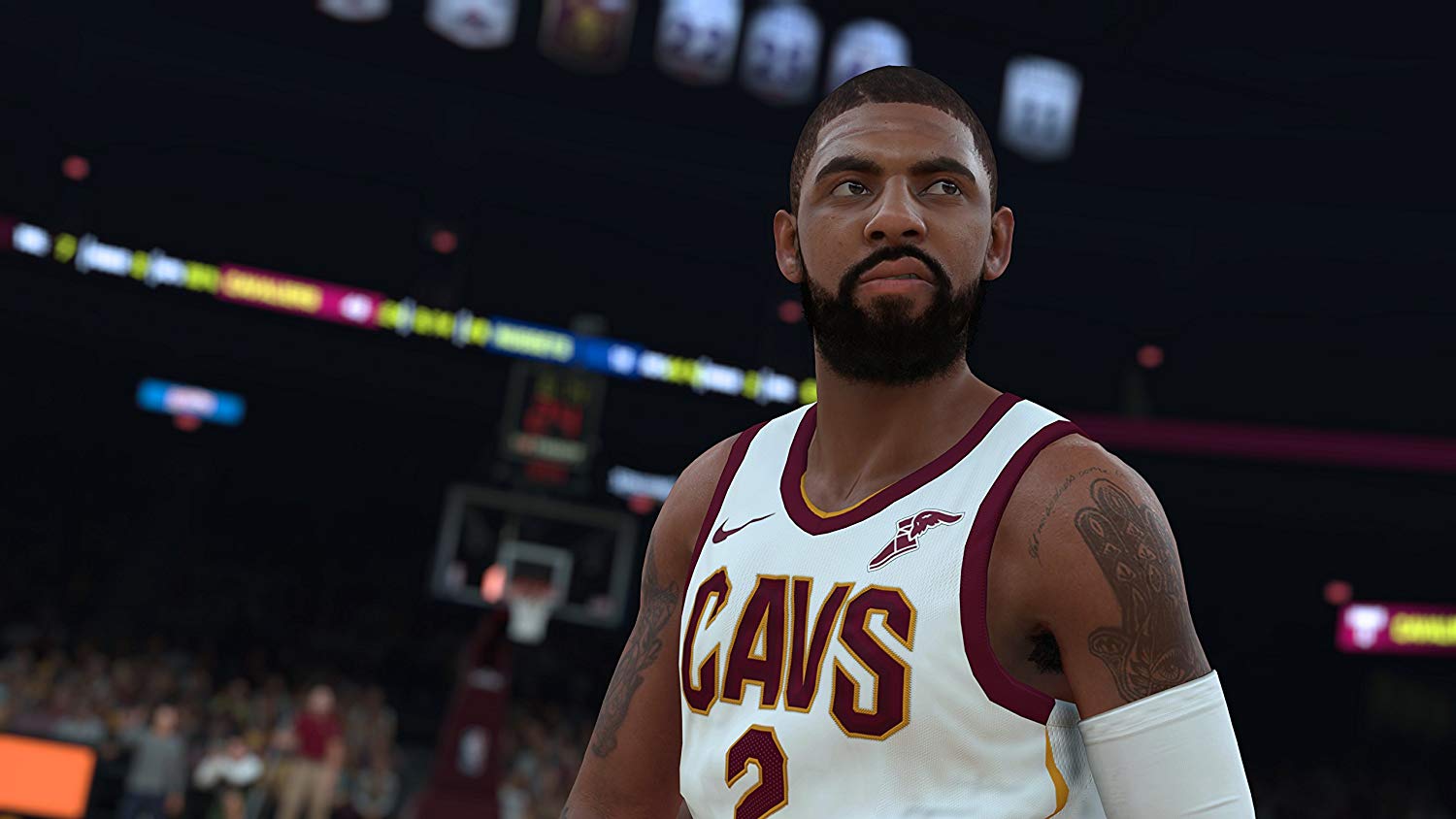 NBA 2k18 is a simulator style USA sports video game that was released on September 19, 2017. It was developed by Visual Concepts and released by 2k Sports. This game gives the player a chance to become immersed in the game of basketball, allowing the player to use teams and individual players from the USA sport. NBA 2k18 is the 19th version of the game released since is 1999 predecessor, NBA 2k.

For this NBA 2k18 review, we're breaking down the all the specs of this game. NBA 2k18 is available for Playstation 4, Playstation 3, Xbox 360, and Xbox One, Nintendo Switch, PC, and Mobile. This game is far more immersive than its previous installment with an added AI feature that allows each player to behave as the actual NBA players would in a real basketball game. NBA 2k18 also offers a fun new world in My Career called, “The Neighborhood” where players can move about in an open environment and challenge other players in various mini-games for extra points that they can then add to their stats for Competitive Mode. Visual Concepts have also added a Pack & Playoffs section to My Team that allows 5 players to be selected at random from your pack and gives you the distinct advantage of learning your competitors' players as well giving you a chance to better strategize your gameplay.

The price for NBA 2k18 starts anywhere from $29.99 to $99.99. The higher-priced version is the Legend Edition that comes with a series of perks for the purchaser. After reading this 2k18 review you can pick up all editions of NBA 2k18 at the following places:

For this NBA 2k18 review, we picked out a few similar products available on the market to see how they compare.

A fully immersive simulation that brings its player into the heart of NBA from its franchises to it players. You start off as a 60-rated rookie player working your way through the ranks and points towards stats to become the best player on the court. Earn points by grinding through tasks and challenges against other players in The Neighborhood, challenge friends in online Competitive Mode and run your own franchise in MyGM and MyLeague. Players also get to customize their own characters and build up their skills in MyCareer.

Storylines in this game leave much to be desired as it's compared to a “choose your own adventure” style game. MyGM gives the player the chance to run their own franchise with several cut scenes based on the choices the player makes. The story comes off as being basic and linear in style. It often makes opposite player choices, for example, not electing the owner’s son to help run the franchise ultimately ends in him running the franchise anyway, leaving the player with a sense of pointlessness towards in-game decision making. MyCareer also offers a storyline for players interested in creating and advancing their own customized character. The player starts off as a rookie who develops their career over time with each game and task; again with a variety of cutscenes that tie with milestones met in the game. Cutscenes in MyCareer are more in-depth giving you scenes that mimic sports news coverage and locker room talk and a few other things.

Graphics for NBA 2k18 are incredible and far more immersive than its predecessors with a more realistic gameplay of each NBA player, referred to as player accuracy. Each player looks far more detailed, down to the scars and stretch marks,  and much closer in appearance to the players in real life. They also move and play as they do when playing an official NBA game. The game has also added a special touch to the uniforms using laser scanned uniforms and True Color Technology to give even more realism and authenticity to its players. These little details make all the difference when playing this game because it really makes the player feel like they're in a real-life experience.

First up for our NBA 2k18 review is NBA Jam. Released in late 2011 by EA Sports and developed by EA Canada; this classic game can still be played on Xbox One via the backward compatibility and was originally available for Nintendo Wii, Xbox 360, and PlayStation 3.  A more laid-back playing style that’s built for anyone to play from a novice level to the more advanced player and has been dubbed by many as the “family friendly game” because of it. The style of gameplay is fun and silly, allowing players to jump to heights far beyond normal and gives it a much more superhuman approach to the overall characters’ play style. This game also has almost no fouls or violations giving the opponent a chance to do physical damage to the players.

Putting a more whimsical, “Space Jam” spin on the sport of basketball, this game is just pure fun to play. Players can co-op against the AI and eachother with various types of unlockable perks giving players some extra features. Despite when it was originally released, this game proved to be slightly more advanced in overall gameplay mechanics as players are given better control over their movements. It's in-game hijinks include fiery dunks, anti-gravity style jumps and hilarious facial expressions made by the characters in the game.

NBA Jam has a campaign mode called Road Trip where players face off with other teams and even have boss battles when milestones in the game are met. However, there isn’t much of a storyline. Players get to pick which NBA teams from which division they’d like to play against in their climb to the top.

The graphics for this simulator are good and may even be ahead of its time as these graphics still function pretty well with the Xbox One. Players give various animations for certain antics in gameplay like “on fire” mode when a player gets 3 slam dunks in a row and the player literally becomes engulfed in flames as he plays. The overall graphics on the court are super clean and hardly pixilated at all making the game easy on the eyes.

NBA LIVE 18: The One Edition - Xbox One
Buy on Amazon

The next game chosen for this NBA 2k18 review is NBA Live18. EA Sports released it on Sept 17, 2017, and it came after the much expected but never released NBA Live17. This game gives more of an arcade-style feel to its players versus the standard simulator style but with far better graphics. Players also get a chance to play in the WNBA a feature that had not been previously added in any other basketball simulator. Game modes also include an “Ultimate Team” which allows players to pull characters from various NBA teams to make their own customized team roster.

NBA Live18 is one of 21 total NBA Lives games and for the first time has included the WNBA offering something new for its loyal players. This game features one on ones, a single player story mode called, “The One” and a franchise mode. It’s available for Playstation 4 and Xbox One.

The storyline leaves much to be desired with only two real modes, The One and Franchise, to work with. In “The One,” characters start off as college basketball players who work their way into rookie NBA status and then progress beyond. The cutaway scenes play on some real-life elements, like ESPN’s First Take television series, and the usual locker room conversation and pretty much anything else you’d expect from a standard storyline. Franchise mode doesn’t seem to perform as well in the storyline arena leaving players disappointed.

Overall graphics matter in this NBA 2k18 review and NBA Live18 are nearly on-par with NBA 2k18 allowing for fine details of each character. The overall look of the court and the surrounding environment is realistic and a pleasure to look at. However, the game lacks any real animations and takes away from the immersion that players expect to find in this game for the style of graphics it depicts. This makes the game a bit harder for players to get into, it looks great but lacks the little nuances that give it depth.

We kept it classic for this NBA 2k18 review by bringing back classic game from 1994 designed by Data East. The overall gameplay is like NBA Jam and is mostly an arcade style game. Instead of playing with the teams and members of the NBA, you play with other country teams instead of just one country.

Street Hoops is available as a backdated game for Playstation 4, Xbox One, and Nintendo Switch. This arcade basketball game has become quite the treasured classic. Players have 10 different country teams to choose from with 10 different court environments to match. The rules are limited as well giving players extra advantages over their opponents on the court. This style very closely resembles the quirky gameplay found on NBA Jam with its superhuman feats that defy all logic and physics making this a fun family arcade game

Overall rating: 1 out of 5 stars

Since this is a classic 16-bit arcade game from the early '90s, it's focus is on the gameplay itself. Unfortunately, because of this, Street Hoop lacks an actual storyline. Players begin the game by picking from a list of 10 country teams and start the game that’s pretty much it. It's hard to compare it to the other games in this NBA 2k18 review.

Since it’s a classic game, the graphics are less than desirable. However, since it is from 1994 based on it’s released period, it has a more advanced look for a 16-bit. 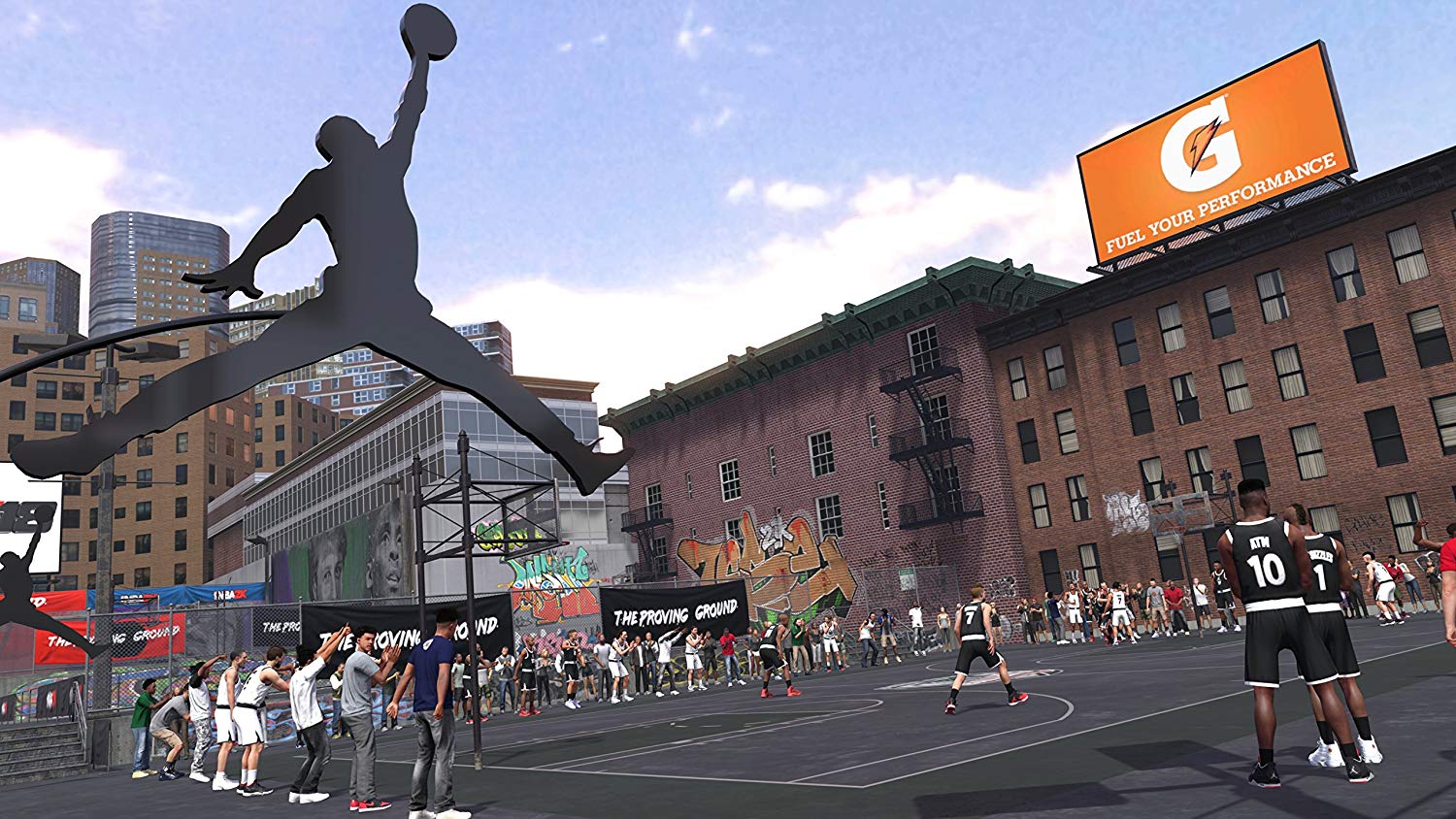 To summarize our NBA 2k18 review it's safe to say despite what NBA 2k18 lacks in storyline, the occasional AI malfunctions, and rage-inducing micro-transactions, it makes up for it in overall style and full on immersive simulation. This game makes its player think about strategy during gameplay and has truly advanced how basketball simulator games should be. NBA 2k18 not only lives up to its predecessors it sets a whole new standard. We give NBA 2k18 4 out of 5 stars. It's a must-have addition to any NBA lovers collection.