The Super Hot game was just released for PC, Mac and Linux on the 25th of February 2016. The Xbox One version will be coming sometime this March. There’s no PlayStation 4 version.

With that out of the way, we can talk about this unique first person shooter. I never thought I’d say this but in this FPS, standing still is way more important than running around and flanking enemies. Why? Because when you don’t move time is slowed down to snail-like speed, giving you, well, enough time to think what your next move will be.

It’s a really cool mechanic, and the GGW crew is quite happy that this prototype, which was funded on Kickstarter, managed to deliver so much awesomeness. Buy the Super Hot game from our recommended retailers GreenManGaming, Steam, GOG or HumbleBundle.

Read our Superhot review below. 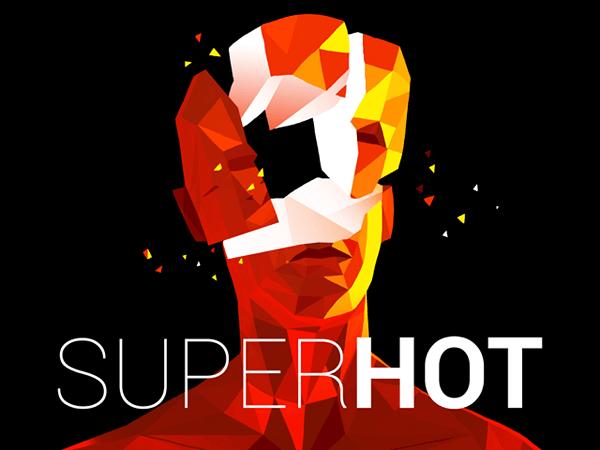 There’s no thought-provoking story here, although it’s quite interesting, albeit cheesy at times. It offers 32 main levels of pure first person shooting, where figuring out what are the right steps to follow is incredibly thrilling.

Levels are basically puzzle-pieces where the player needs to analyse and asses what to punch first, who to stun, where to move, and how to stay alive. One level will start by trapping you in an elevator with three fully armed enemies. What do you do? Do you punch one of them, quickly grab the gun out of the air while hoping that the third enemy isn’t fast enough to shoot your melon before you shoot his? Or maybe you could grab the gun and throw it in his face, effectively stunning him, giving you just a little bit more time to understand what the heck to do. Oh, and did I mention that once the doors open, there are two other enemies waiting for you? Yeah, they have weapons – shotguns!

Levels and gameplay mechanics are great, and the quirky art direction suits the Super Hot game exquisitely. But it wouldn’t have been so great if it weren’t for the plot. 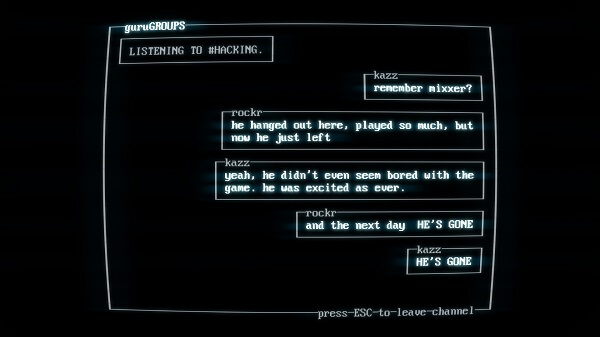 You see, you are playing a hacked game that some stranger – or friend, I can’t put my finger on what he really is; sent you via a chat platform. He doesn’t really give you just one game, but an ASCII-based OS that you can explore with the mouse. In that OS you can play other little ASCII games – some fun, and others rather annoyingly boring.

The game uses the OS and it twists and turns it in a fascinating way, developing the plot – if I can even call it that.  But, even though it has some story to it, it isn’t complete. You kind of see the big picture, and you kind of don’t. There are no intricate details to what is really going on, but I won’t go any further and spoil it for you.

The conclusion is quite satisfying, even with the lack of detailed plot points.