Sony’s Project Morpheus, Facebook-owned Oculus Rift, Microsoft’s HoloLens, and let’s not forget Steam, and their alliance with HTC, are the key players in the industry, so far. When the trend exploded a couple of years ago, virtual reality games were at their beginnings, but thanks to VR headset manufacturers – which have pumped, are pumping, and will keep pumping money in the indie industry, VR games are also starting to make a stance.

We all know that The Forest exists – which is one of the best virtual reality games that is available right now on Steam; and also that you can play Team Fortress 2 on Oculus Rift. But there are so much many VR games out there, just waiting for headsets to start shipping.

Virtual Reality Games That You Might Not Have Heard Of 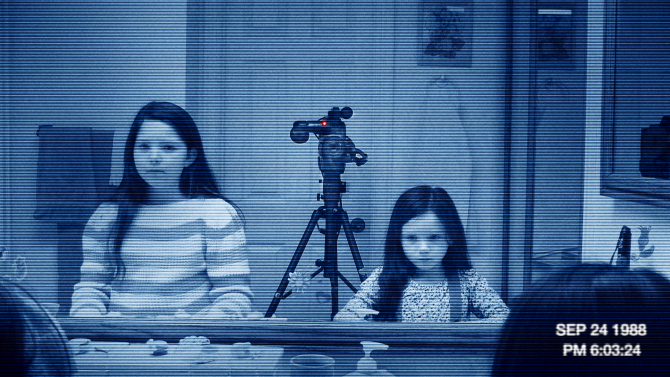 The first time I watched Paranormal Activity I was in high-school. I regretted this decision ever since. You see, while I do love watching horror movies, and playing survival horror games, I don’t sleep at nights because I get too easily scared.

When I first heard that Paranormal Activity was coming to virtual reality I was flabbergasted, and I felt like I was trapped between a rock, and a hard place. Should I play it? Should I just forget about it?

Of course I decided to set a day to play it – day, not night, but regardless, I won’t sleep for the entire year.

The sequels that followed the first movie were just plain horrible – bad acting, bad plot, bad effects, bad everything; so let’s hope that the virtual reality edition will be at least enjoyably scary!

At the current moment, we don’t know anything about the VR game, except the fact that it’s going to be released sometime in 2016. 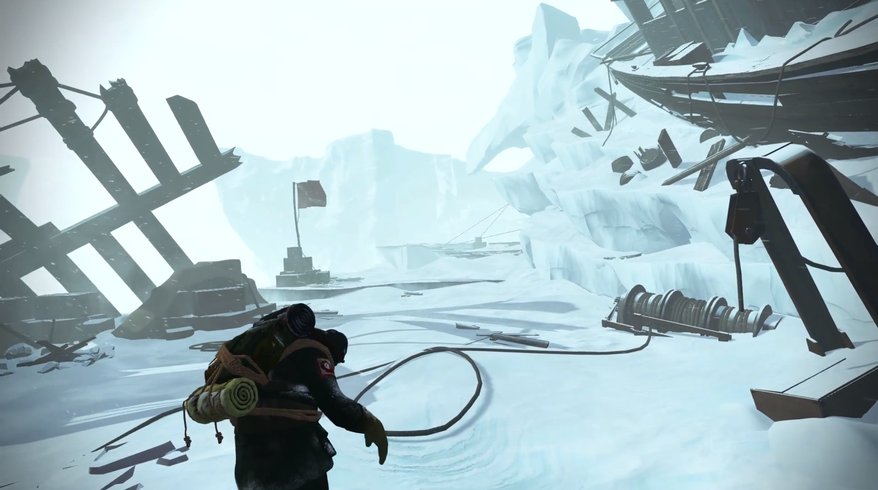 California-based Insomniac Games, which are best known for Spyro, their Ratchet and Clank series, and of course, the Sony exclusive Resistance, are tackling virtual reality games with Edge of Nowhere.

Think of Uncharted with a ton of monsters. Yes, it’s going to be a third person survival horror shooter. But I do hope the trend of virtual reality games doesn’t get itself stuck in a single genre – I love survival horror games, but I hope we won’t be just playing this genre over, and over again on VR headsets.

It’s going to be quite the experience playing a virtual reality game in third person.

It reminds me a little bit of Deadspace. 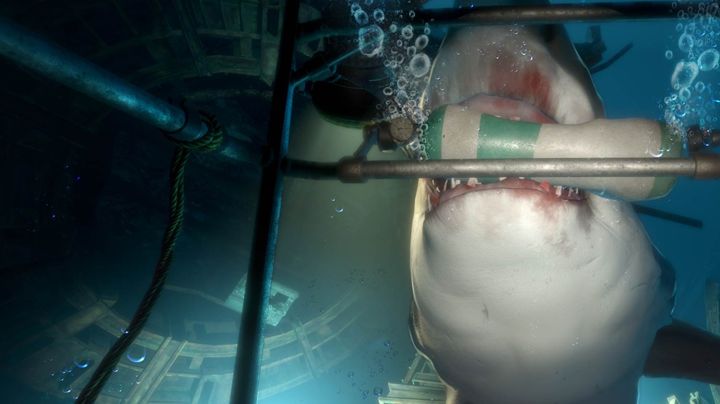 The player will be submersed, and underwater, in a cage, he will witness the shark trying to gnaw at the prison, and let himself to a quick midnight snack. While it does sound scary, its novelty can wear off pretty soon.

Developer Sony London Studio notes that the player will need to get out of his cage, and play a game of hide and seek, sort of, with Sharptooth. 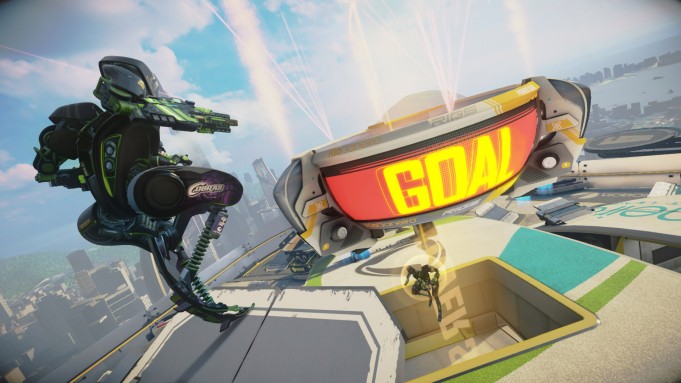 At E3, Sony said that they are aiming of building a huge library of games for their virtual reality headset, so VR enthusiasts will be enticed to buy their product, rather than Facebook’s Oculus Rift.

I’m happy to see that they are staying true to their promises, and they are building up their virtual reality games library. Rigs is a mech-based first person shooter that resembles a little bit of Mirror’s Edge – visually; and Monday Night Combat – game mechanics wise.

What fascinates me most about Rigs is that it’s going to have an online multiplayer component. Wowsers. I’m super curious to see how their going to implement this kind of thing in a VR game.

More so, it feels like a breath of fresh air in the overly saturated survival horror list of virtual reality games.

Keep Talking and Nobody Explodes 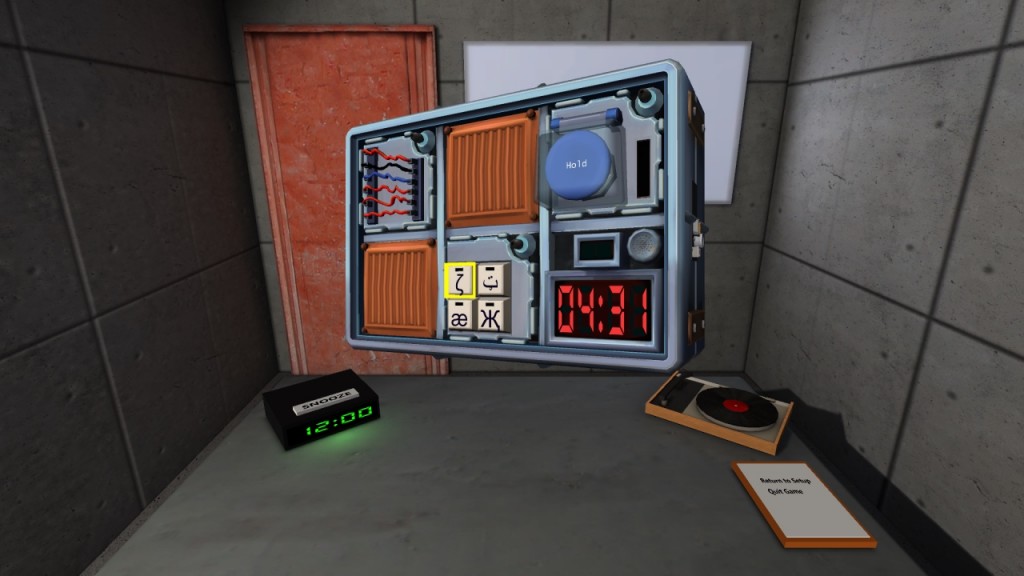 Keep Talking and Nobody Explodes is one of the most refreshing virtual reality games that I have stumbled upon. From the genius minds over at indie studio Steel Crate Games, this little gem tasks two players with defusing a bomb. One must defuse the whole thing using different kind of tools, and the other one sits in the room, and reads instructions found on a piece of paper.

Quite a new way to use the VR tech.

Sure, it doesn’t have super high-tech graphics, nor game changing motion control, but it’s one of the best uses of VR that I’ve ever seen.

It’s going to be released on all the major VR headsets in the near future. 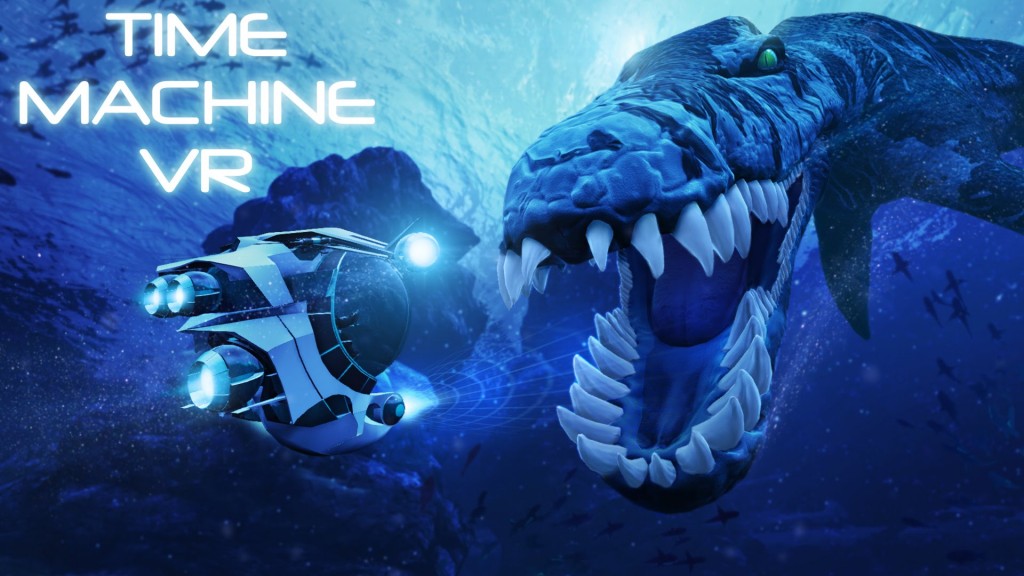 Time Machine comes from Minority Media, the developer in charge of Papo & Yo, a game that revolves around how a child sees his alcoholic father.

How did this game developer went from social issues to going back in time to scan pre-historic underwater predators is beyond me. Don’t get me wrong, I just love their idea

The thing is, you won’t be able to do any harm to those creatures because you’ll create a rift in time – basically you’ll ruin the universe if Big Dino has a booboo.

Think more of Jurassic Park meets Pokemon. Scan them, and get back to your time so scientist can do their proper research, and tourists can have the possibility of paying big bucks. 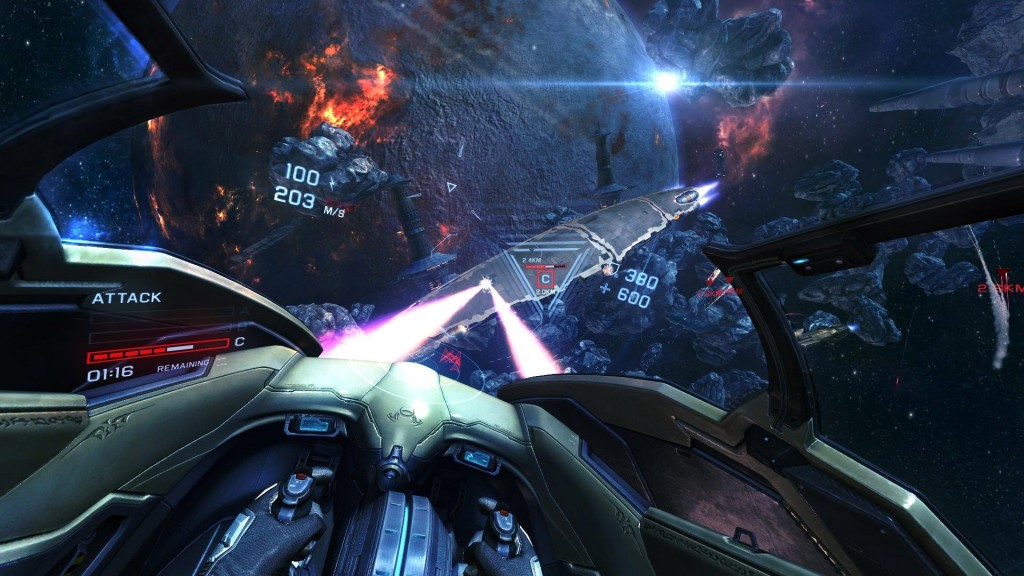 It has garnered a huge cult following, but still, I haven’t heard that many people talk about it. It’s in space for crying out loud, and you’ll be put in spaceship to wreak havoc on enemies. The short video demo, which you can drool over just down below, made me giggle like a schoolgirl who found out that her crush likes her back. It’s that good. 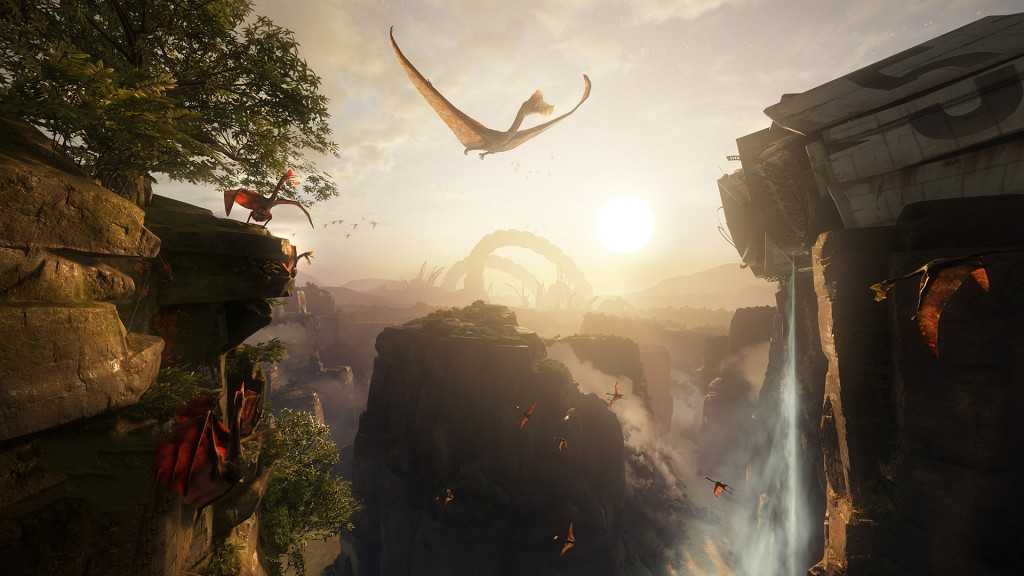 Now, we’ve had our fair share of experimental virtual reality games, but this takes the cake. It’s being developed by Crytek on their CryEngine, so we are expecting a visually stunning VR game.

Also, developer Crytek hasn’t announced on what platforms we will be able to play Robinson: The Journey. 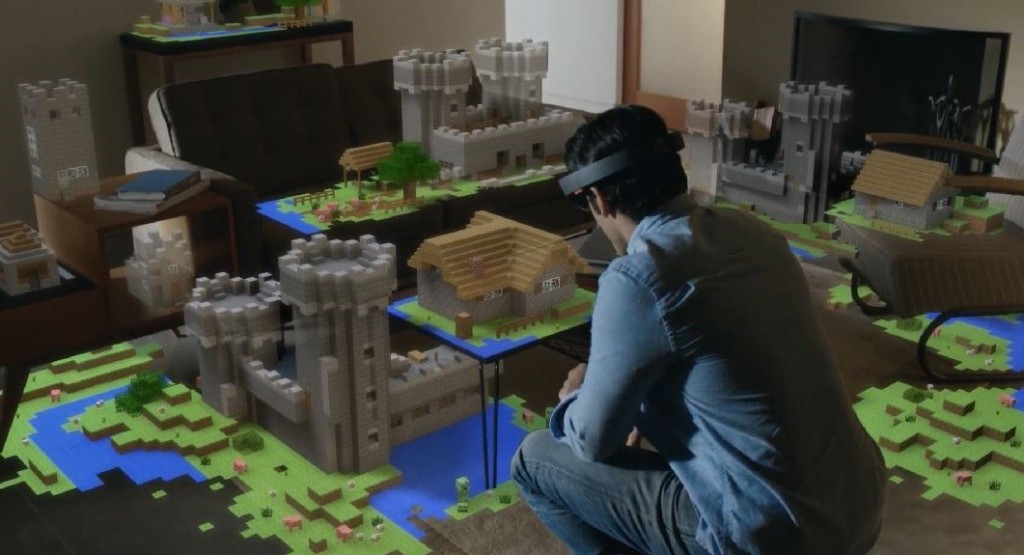 I’m not going to sugarcoat this, yes, I’m a huge fan. I love Minecraft, and bringing it to HoloLens seems like one of the greatest ideas that Microsoft has had in the past 10 years or so.

OK, sure, I may have just overreacted.

I was expecting this to be announced, and I’m glad the big M did so.

I know, this is more augmented reality that virtual reality, but I just couldn’t help myself. The huge sandbox game that Mojang made is a worldwide phenomenon. Can’t wait for the final build to be released, and most probably it will along with the HoloLens. Aren’t you eager to feel like a God shaping up your living room?

Available only on Microsoft’s HoloLens.