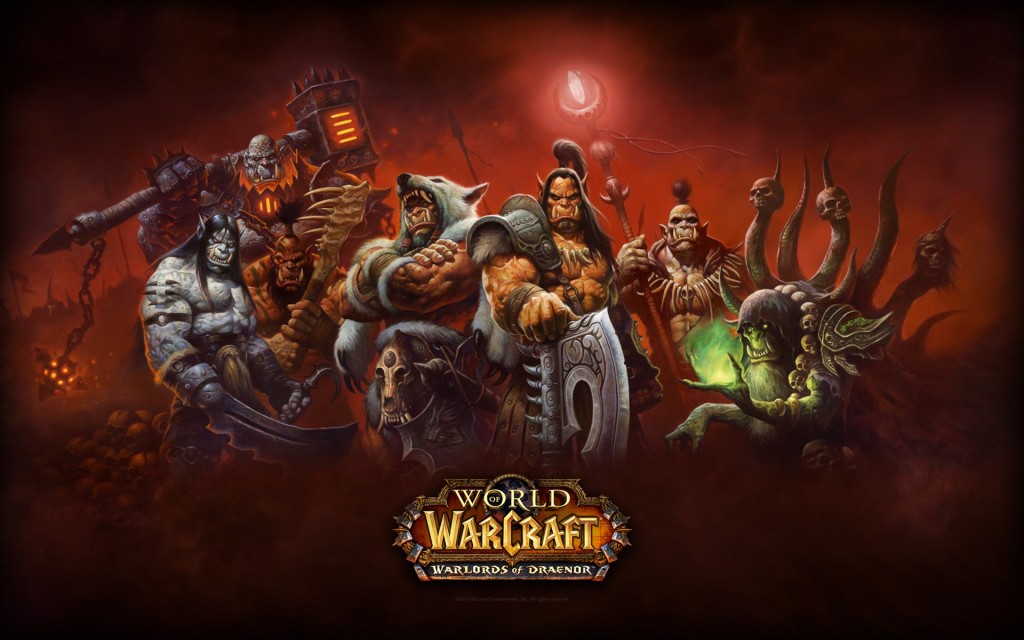 First, you should decide what you want as a goal when it comes to raiding in World of Warcraft, but beware that high end raiding requires dedication, if you have never raided before outside using the LFR (Looking for Raid) Tool you should consider entering Mythic raiding a considerable investment of time.

Anyway, with that out of the way we can get into the fun part, which is challenging game content, one of the biggest reasons so many enjoy raiding (outside of having the best gear which they can brag about in the capitals, I might or might not have done this a few times). There are 3 core elements for a raider to understand.

A raid in World of Warcraft, Warlords of Draenor is between 10 and 30 players (20 for Mythic content) and roles need to be delegated properly for it to work, the harder the raid the more exact peoples’ tasks will be decided on beforehand. In normal mode the healers might just be told to heal as they see fit and move with the raid on one boss.

The same boss in Heroic mode would require the healers to probably have their targets divided where some focus is given to tanks or raid healing. Finally in Mythic this is purely expected behavior and small improvements like calling out when they use their major cooldowns and just as important; planning ahead how to use them will be done instinctively in your World of Warcraft games.

A lot of this will start to become important at the end of Heroic mode as well so you will have time to, you will also be expected to understand how the other healers work and change your play style according to this. 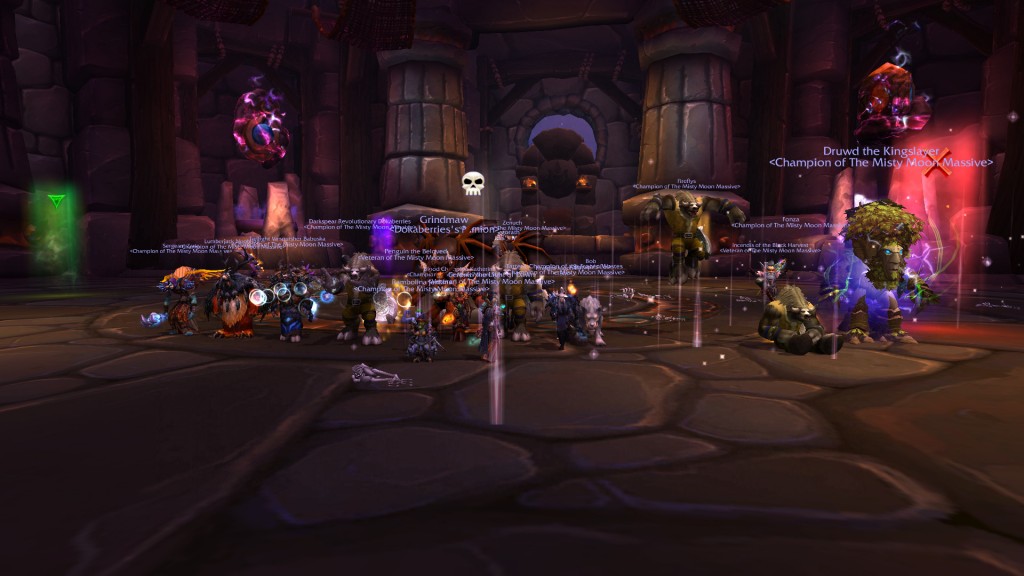 One of the first things you want to do when you start this wonderful journey is mastering your class, being able to push your character to the limits of what he can do might just be that last push needed to kill a boss and is therefore vital to becoming an accomplished raider. For this you should check out common resources such as Icy-veins, the official forums and more. We also highly suggest you try out things for yourself and see what proves the most successful.

After that it’s all about making it instinct, being able to execute your rotations without having to think about it leaves you space to focus on your surroundings and plan ahead of time, how you would change your play style depending on the amount of movement, number of monster to kill maybe even phases where they take increased or decreased damage.

Know What the F Is Going on

So you’re trying out a boss for the very first time and there is suddenly fire everywhere and you die seeing no way out and soon after you are kicked? This is something that has happens to hundreds if not thousands of players every day. Having no knowledge of a raid is one of the best ways to get yourself removed from it.

Now this is where a lot of people will call the raiding community toxic, the patience for teaching new players is very low and most would rather find someone else than do it, so we suggest you look up most fights beforehand and use the Dungeon Journal (Hotkey: Shift-J) a resource we heavily recommend is Fatboss video guides.

With this you will hopefully be able to know where to stand and why the fire is spreading all around you.  This is also crucial if you try to join a serious raiding guild as it is expected to research fights beforehand to save time.

One of the core things that are required from a raider is having good enough gear. Without it you will have a very difficult time getting accepted into a raid. While understandable this is yet another hindrance you have to overcome. Lets go over some of the main ways to gear up for raiding and you should decide how many of them you want to use depending on what your personal goals is.

I will put as the most basic form of gearing you can do, using the LFG (Looking for Group, Hotkey: I) tool. With it you can easily learn both the basics of group play and playing your character in various situations. For entering a 5 man heroic dungeon it is required that you have an average item level of 610 and have completed silver level of proving grounds, both of this is doable in gear from questing.

Also don’t be afraid of making mistakes (people generally won’t wait for you to learn the tactics, so just improvise) as you are unlikely to ever get grouped with the same people unless you want to.  If you do find a group you enjoy playing with you can add them to friends or ask them to queue for more dungeons with you.

LFR is the most basic raid experience in the game at the moment. You will get grouped with 24 other players and face raid bosses tuned down. It is a very forgiving experience and a good way to learn the basic mechanics of different bosses. We advise looking at the dungeon journal to understand the bosses before you attempt it however (hotkey: Shift-J). Outside of spells doing more damage or a few spells going faster higher difficulties is almost exactly the same as the LFR in current patch.

Crafting gear is both a convenient way of making money and can give some of the best gear in the game if you can afford it; even crafting these pieces yourself may end up costing thousands of gold, and that’s not talking about what it will cost to have others craft it for you. 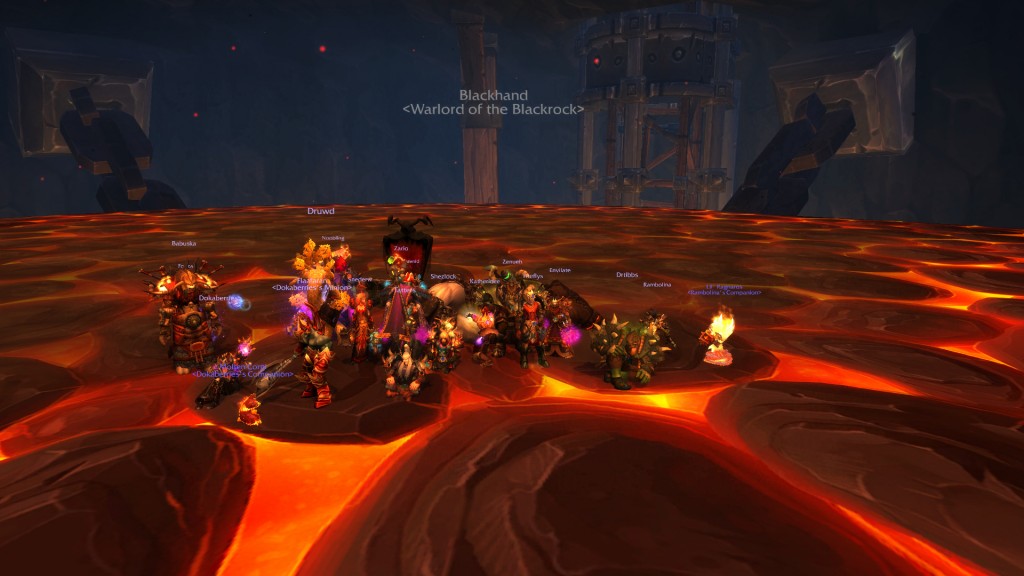 This might be the most important aspect of raiding. You can get the best gear possible, but if you don’t have the right attitude it will all fall short. Your attitude needs to correspond to the level of raiding you want to participate in: if you are in a casual raiding team who mainly want to play together and down a few bosses along the way you will not have a good time if you get mad over other people’s mistakes. In such a raiding environment it is bound to happen.

Likewise if you join a guild that have the main goal of progressing as far as possible you should expect them to point it out when you do something wrong. Also you should be aware that a progression guild might require you to play another specialization than you prefer or even another class in the top guilds.

I have personally played in most types of guilds from strictly play whenever we had enough people online to guilds trying to get realm first kills and I think the most important detail is to find a guild you truly enjoy playing with. Any raid experience will be unfulfilled without a fun raid team, this could be just joking around during the raid or the screams of happiness when you down on of the hardest bosses in the game after days of wiping. Find out what motivates you the most and get some loot.