Did AION PvP somehow just get even better?  Yes.  Yes it did.  Yesterday we had the opportunity to sit down with a handful of the staff at NCSoft to own them in some intense level 55 PvP action and get an exclusive first look of the upcoming 2.7 patch, and it was awesome. 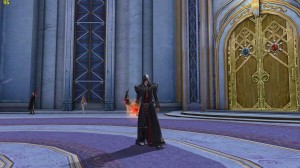 Without a doubt the most exciting addition coming in patch 2.7 is the new PvP Crucible Arena.  There are essentially two types of Arena: The Arena of Solitude, featuring 1v1 combat; and The Arena of Chaos, featuring FFA combat for six to ten players.  Both types of the arena have a minimum entry level of 46 and is split into two level groups: 46-50 and 51-55. 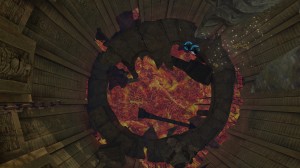 In total there are six different environments for each arena type, boasting their own unique playstyles and features.  The new PvP Arena’s reward players with a new type of Arena-Specific currency as well as Abyss Points based on their performance in the arena.  In order to participate in the new arenas, users must have possession of an “Arena Ticket”.  Everyone is given one of these tickets upon accessing the arena, and after that will accrue one ticket per day via a daily a quest.  These tickets last seven days, and it’s up to you if you want to use them to enter the arena daily or save them up and enter the arena seven times on the weekend for example.  There is also a “training arena” which is the same thing except you do not accrue rewards for doing it, and there are no limitations on how often you can participate. 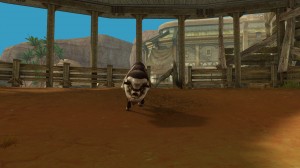 To join the arena, you queue up from an NPC for the respective arena you wish to join, and get a pop-up queue dialog box.  In general, gameplay in the arena is similar to PvP you encounter currently in AION.  There are, however, a few details worth noting that make it a bit different.  In the 1v1 arena, it’s exactly that.  You versus one other random person who has queued for the arena, whereas the FFA arena will start once 6 players have been found, though up to 10 are able to connect to the arena before it actually starts.  There’s a grace period of a minute and a half before the arena actually starts, so you can buff, as all buffs are cleared upon entering the arena (including pet summons). 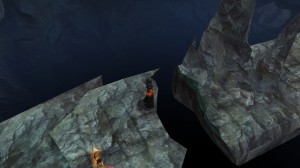 In both arenas, you will be facing not only the opposite faction but your respective faction as well.  For an added bit of fun–and probably to prevent teaming in FFA–names of others in the arena show up as “Contestant 1”, “Contestant 2”, etc. etc.  Keep in mind there is no team-based arena being added, and FFA is meant to be just that.  While the devs pointed out they are aware people may still queue for the arena at the same time, get lucky and get into the same arena, the only way they would be able to tell which contestant is their friend would be pointing him out by armor.  That’s not exactly a realistic scenario though, nor is it worth it, so that shouldn’t be of concern. 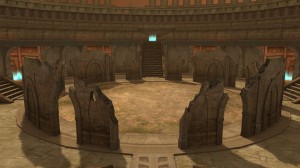 The arena match is divided into three rounds, each lasting three minutes.  When time is up everyone will be teleported to a new environment and thus starting a new round.  After the third round the final score is displayed and users are teleported back to where they queued.  During the match, a leaderboard is displayed on the top left to keep track of who is in the lead, and how far you are from the leader.  The first and second place contestants also get a special mark above their character indicating their current leadership, providing incentive to take them down to prevent them from getting even more points (and gaining you points). 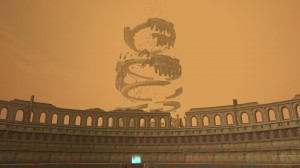 As if the arena wasn’t already exciting enough, there’s more.  Throughout the various arenas are all interact-able objects as well as NPC monsters.  What exactly lies in wait varies not only by arena type but by the different environments as well.  In the 1v1 arena, I stumbled across a chest that when looted gave me a “Fine Crucible Coliseum Restraint Water”, which “Immobilized nearby enemies.”  It would only be used in the crucible arenas.  Another object I encountered in the 1v1 arena added 100 points to my current score if I successfully looted it (as in, didn’t get killed while waiting for the loot timer to finish). 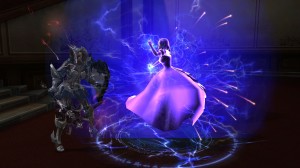 In the FFA arenas, there’s much more to be seen.  In one environment–a flight one, to be exact–there’s a conveniently placed cannon off to the side.  Interacting with this cannon allows you to get inside and take control of it, bringing up a unique spellbar corresponding to the cannon and allowing you to blast other players apart.  It deals a massive amount of damage and will almost certainly be utilized in every match on this environment.  This specific environment also had vortex’s located throughout that when flied through would add a few points to your score.  In most of the environments in the FFA arena there are various NPC strung throughout.  These NPC’s not only will attack you and thus interrupt your plan for mass slaughter in the arena, but successfully getting a killing blow on them will instantly increase your point count in the arena.  Some NPC’s give more points than others, but in return are much more difficult to take down.  It would be wise strategy to help someone take down a big NPC monster (be sure to let him tank it, and get the killing blow yourself, of course), than be quick to end his life as well. 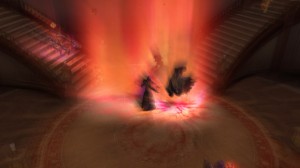 Overall, the two-hour experience we were able to take with AION 2.7 was a blast.  It was fast-paced and exciting PvP content and even AION PvP-haters  (they exist?!) will still enjoy this fun new addition to the game.  The PTS for 2.7 will be live tomorrow (Thursday, October 13th 2011) and the actual patch itself will be live October 19th.  Luckily for everyone, the developers were adamant in pointing out that the gear obtainable for participating in the new arena was not as time-consuming as earning gear with AP.  And, while not AP quality, the gear is still very close to it and are the next best thing.  It also seems as though the gear you earn can also be utilized efficiently in PvE as well as PvP.  We were decked with full Crucible gear through our play-session and I can certainly say it made me pack a powerful punch.  I can honestly say I’m very excited for the patch to hit live and to jump into some arenas.  Challenge me if you dare! 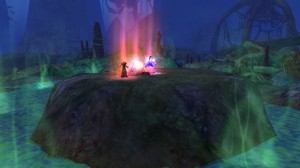 NOTE: While our session was entirely a PvP kill-fest with the NCSoft staff in the new Crucible Arena, 2.7 is also introducing a few other big additions including the following: 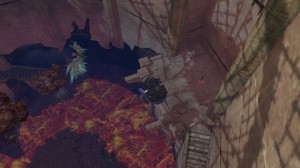 Be sure to check pack for our upcoming HD gameplay footage of checking out the new patch! 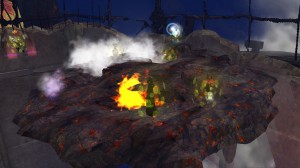