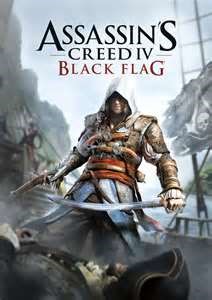 Did you enjoy half-English, half-Native American Assassin, Connor, and his adventure last year through the wilds of New England? Still playing it? Well, regardless, Ubisoft has officially announced this morning that a new Assassin’s Creed will be coming to you this fall. Entitled Assassin’s Creed IV: Black Flag, you play as a brand new Assassin in a brand new time period (19th Century slave trade anyone?) that apparently has a thing for pirates. Based on reports, the game will take place in the Caribbean, obviously having a significant part of the game take place on ships. Many enjoyed the naval sections of Assassin’s Creed III, so here’s a hope that Black Flag will further expand on that idea with greater innovations.

You might already  be agonizing over the fact that Ubisoft has seemingly transformed this AAA IP into an annualized franchise, much like Activision’s Call of Duty, but this is a business remember. Ubisoft is a big name publisher with profit on their mind (just like the rest of us), so seeing the commercial success of previous games it is no surprise that it wishes to capitalize on that success as much as possible. Gripe and moan as much as you want; you know that you too will be playing this game come fall on the platform of your choice. For all your sneaky and stealthy needs, keep it right here as we gather more information on the next Assassin’s Creed, Black Flag.