I recently sat down and spent a good chunk of time with Teotl Studio’s Unreal Tournement 3 mod turned digital standalone release, The Ball. It’s a First-person puzzle/action game that, in a lot of ways, reminds me of a primitive version of Valve’s Portal. Not, primitive in a negative way or that it’s a “de-evolution”, but more so in its thematic elements and settings. Let’s just say that The Ball isn’t about your trusted friend in science, it’s about the crazy stuff that ancient civilizations were in to. 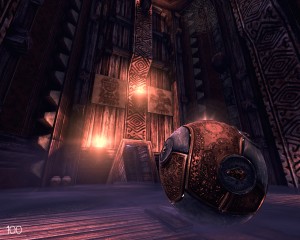 The Ball takes place in 1940’s Mexico when a group of excavators finds a tunnel leading into the earth. You, the nameless and silent protagonist, lose your footing and fall into the tunnel and happen upon an ancient device. It’s a gun-like artifact that has only two functions: The left mouse button winds up and released a hammer attached to the muzzle and the right mouse button has a magnetic charge. What is it used for? Well, immediately after receiving the artifact, you come into contact with your new best friend; an enormous, metal covered ball. You can now probably see where I’m drawing my obvious comparisons to Portal from. A gun with not but two functions and the ball, which is pretty much a Weighted Companion Cube… But spherical. 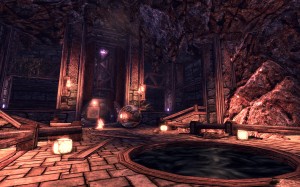 Once you have the ball in your possession, you’ll be using it as an aid to solve puzzles. Most of the initial puzzles were typical entry level ones that are mostly for familiarizing yourself with what manipulating the ball feels like. Things like standing on switches and using the hammer to push the ball away from you or using the magnetic charge to pull it toward you. And, of course, the further you get the more complicated the puzzles become. Though, unlike the Companion Cube, the ball is more than just a paperweight. You can tie rope around it to help move hefty objects and even use it’s magnetic properties to add spikes to the mix. Weaponizing the ball is a plus because you’ll soon find that you aren’t alone in the underground ruins. 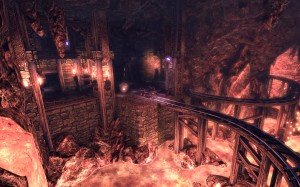 Overall, the controls felt pretty good and during my time spent with the game, I never really found myself having trouble moving the character or the ball. Every once in a while, I wanted to be able to move my character a bit faster, but getting that to happen would probably cause Teotl to have rebalance the enemy speeds, too. I’d rather them not have to change much since some of those moments with the enemies can get very tense due to the slower speed of your artifact wielding protagonist. 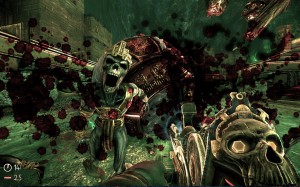 Being an Unreal Tournament 3 mod, the game naturally runs on Unreal Engine 3. And it totally looks the part, too. Anyone who has played UT3 or Gears of War would recognize it in a heartbeat. Everything has that extremely dirty look that you would attribute to Gears’ post-apocalyptic world, Jacinto. Deep, rich browns and gritty textures that look rough to the touch. A lot of the lighting effects are pretty swell, too. You’ll see the shine of torches bouncing off the metal portions of the ball as you roll it through the games intricate corridors. Teotl games has an impressive look coming together considering the quaint size of the team. 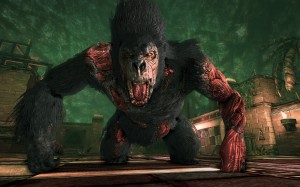 The Ball is currently looking at a October (date to be finalized) release with an MSRP of $19.99. Teotl Studios has got a lot of Triple A competition to go up against, but if you are a fan of action/adventure games or puzzle games, don’t let The Ball go under your radar, especially for that price.