Josh Atkins, Lionhead Studios’ senior design director on Fable 3 recently talked a bit about Fable 3’s revamped Magic system; which is now named Will(power).  Unlike the past Fable games, when a player learns a new spell they will instantly be able to charge it up to its maximum potential.  Leveling up your spells however will allow your spells to charge much more quickly, and eventually even instant cast.  In Fable 3 players will also be able to mix spells together for up to 20 unique combinations of spells.  For example, the Vortex spell plus Fireball spells equals Fire Vortex; a spell that does exactly what it sounds like it would.  Also be able to check out the Fable 3 Opening Cinematic video that’s currently right over there -> 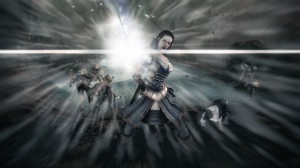