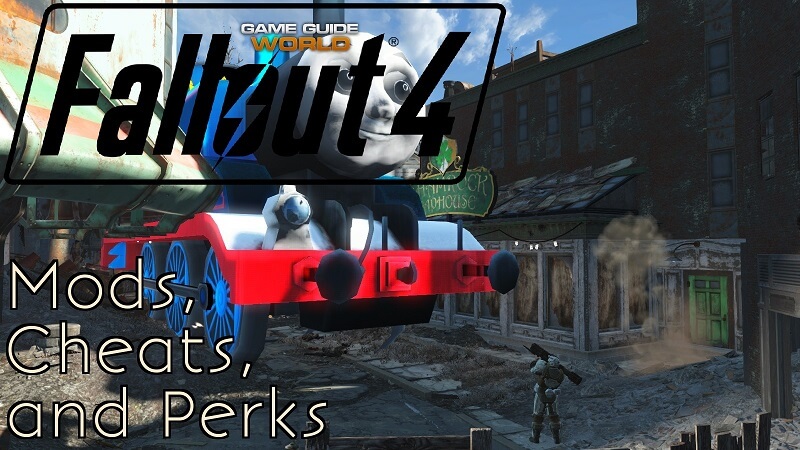 The world of video game modding can be weird. However, Fallout 4 Mods take this to a whole new level. As we’ve already seen in our complete guide to Fallout 4, there are so many mods out there that essentially, you get confused just by looking at the list.

That’s why we figured we’d group them nicely into mods that make the game better and mods that are just out of this world. However, we just couldn’t stick to mods, so we thought we’d also talk about what quirky cheats the people from Bethesda decided to include into the game. This means looking solely at the PC version since the console versions of the game have no cheats at all.

Don’t Forget to Pick Up a copy of Fallout 4 on the PC, Playstation 4, or Xbox One

Lowered weapons One of the most annoying things about this game is that the first-person mode will have you holding your weapon upright almost all the time. That’s super inconvenient and inauthentic as it covers your field of view. This more useful of the mods will have the player lowering the weapon while running.

Enhanced blood textures Really not much to say about this one – the blood will look all shiny and grimy as it should.

Full dialogue interface Have you ever try to have your affinity levels with your companion increase only to be double-played by the dialogue choice? Not anymore! This mod will display the exact replica your character will say before you actually say it.

Enhanced wasteland I don’t know how this one will pair with the texture optimization mod, but I bet it will look amazing!

Nuclear weather Doesn’t it seem odd that the sky is almost always so blue and cheerful in Fallout 4? With this mod, you can really kick things up a notch. 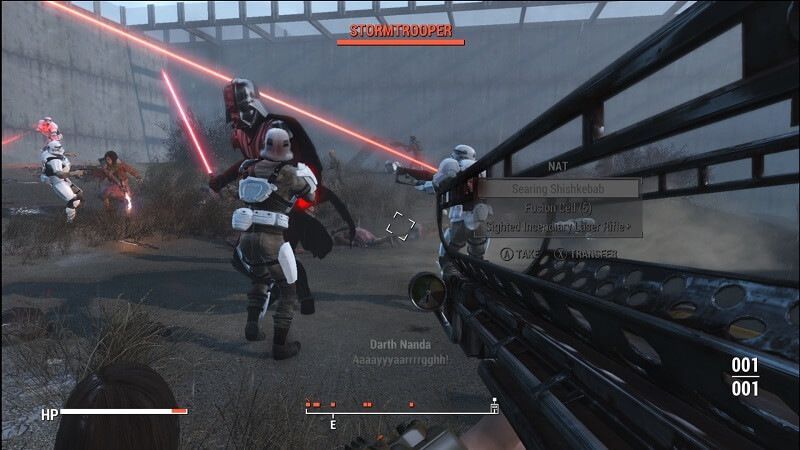 Yes, this is still technically Fallout 4.

Star Wars mods. It’s enough to search online for the Star Wars Fallout 4 mods on Google and you’ll find so many you basically won’t know what to do with them. Still, they’re fun to try out.

Rip a Guy’s Arm Off and Beat Him to Death with It Ahem – this Fallout 4 mod is exactly what it sounds like. For those with very specific desires for their mods for Fallout 4.

The Nude mod Because we have to keep this PG-13, we’re going to resort to metaphor: this mod allows you and your companions to walk around free of any inhibitions. Take that as you will.

Atom Bomb Baby The Fat Man just got upgraded. With this version, you’re no longer shooting nuclear missiles, but your own long lost child. Yes, you heard that right! Internet people never cease to amaze us.

Immersive Attire Fix What the creators of this mod mean by immersive attire is that you will have Red Sox underwear once you strip down. This is a fun addition for those that like to switch to and from Power Armor.

Creature Follower Mod Release your inner, post-apocalyptic hunter. This mod will increase your beast mastery so that you can have creatures to follow you around. Strange? True. Amazing? You bet!

Go to the next page for Fallout 4 Cheats!