3. Don’t Shy Away From Performing at a Concert 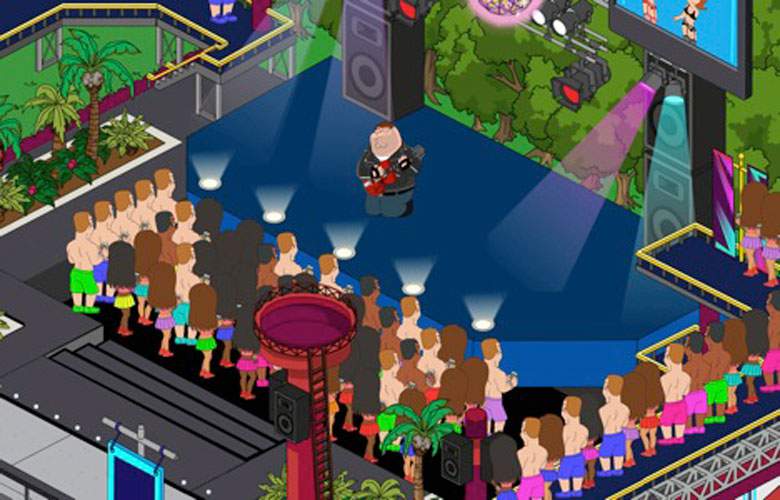 One of the new awesome features that Family Guy The Quest for Stuff PeterPalooza brings is the ability to perform at concerts. It’s best to first unlock your guest artists – Weird Al, Snoop Dog and Avril Lavigne, among others – before pushing that Start button.

At the end of every concert, you’ll reap your well deserved rewards.

Guest artists draw in adoring fans while they perform – this means that you’ll earn prizes.

If you want to start a concert, you need to collect stuff first. Just tap on the concert stage and you’ll be shown what and how much you need to inspire a performer to give the show of his life-time.

4. Ready for a Concert? What About Fans? 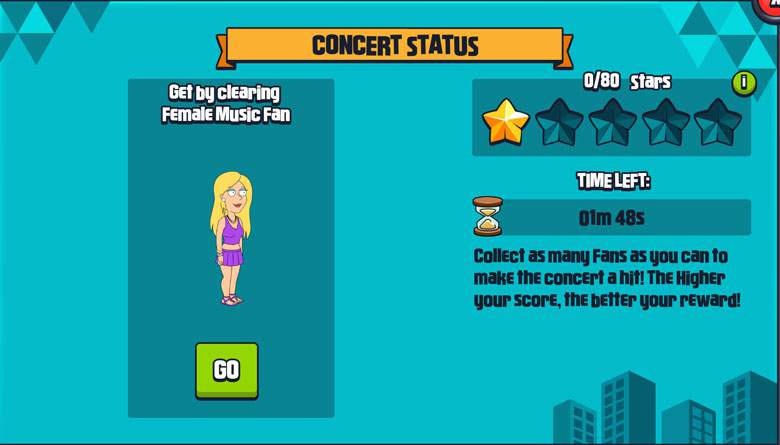 It’s simple – the more fans you gather to listen to your concert, the better rewards you’ll get at the end of the show. Note that each and every concert is different. You can view your objectives by tapping on the stage after it starts.

You’ll notice a timer right up top. It showcases how much time you have to bring fans to the stage.

5. Don’t be Afraid to do an Encore 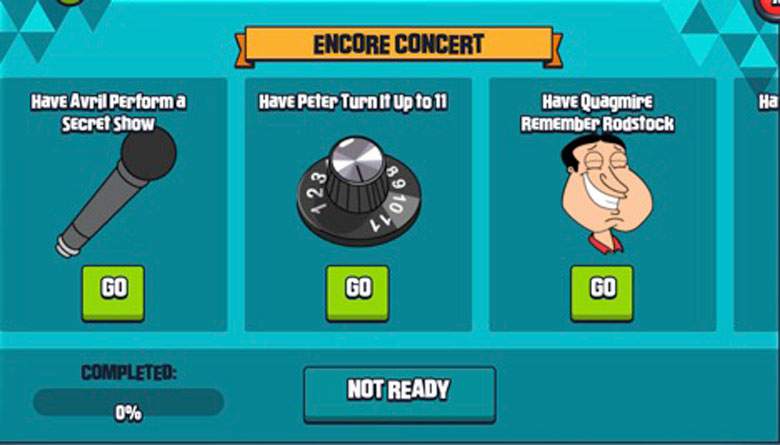 It’s an unwritten law that every single concert has to have an encore. Even the one that you just hate to bits.

Yours shouldn’t be the exception to the rule.

After the concert is over, tap on the stage to see what you need to do for an encore concert. Pick whatever musician is available and play the show. This comes quite in handy when you are waiting for your next artist to arrive at your event.