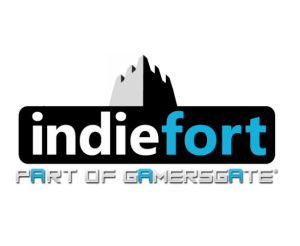 Earlier today GamersGate officially launched the new IndieFort Bundle.  If you’re not excited, something is wrong with you.  The bundle is practically handing out six of the best indie games for $60 less than what their already-low price is to purchase.  The games in the bundle are Kenshi(Alpha), Cardinal Quest, Black Market, Wanderlust: Rebirth, Devil Whiskey, and Steel Storm: Burning Retribution.

In order to purchase the bundle, head over to the GamersGate IndieFort bundle page and pick it up.  To do so, scroll down to where it says Buy now! and in the scrollable “Extra to the devs:” box enter a value of $15+.  Okay okay, so you don’t *have* to do that, but you should!  Sure $6 is a great price for six awesome games but why not support the developers while still getting a great deal on the games?  Doing so not only supports them and tells them how much we want them to continue making us great games, but doing so unlocks the goodies listed on the bottom page as more and more units are sold and sales are generated.  We almost have the Cardinal Quest Soundtrack and Puckbang (Arcade Game) as added goodies, but I know we can easily unlock the secret as well as push forward to Mordor V1.1 The Grim!

Hurry over and purchase this great bundle today, as you only have one week to do so.  Don’t wait, you won’t be disappointed!