When I’ve first played GTA V, back in 2013, on the Xbox 360, I thought the game was a masterpiece, one of the best ever made. No matter how hard I’ve tried, I couldn’t find anything wrong with it. Even the minor glitches, or the arcadey driving didn’t bothered me at all.

After I’ve played it on the Xbox 360, I’ve picked it up for the PS4 as well, in 2014. The game was again of the highest quality, but this time around with incredible graphics and resolution. I’ve done everything you can think of within the game, from driving around mindlessly, to going to the cinema to watch the featured movie ( there are three available in the game depending on the time of day, but the one called The Loneliest Robot in London was by far my favorite, so be sure to try it out). 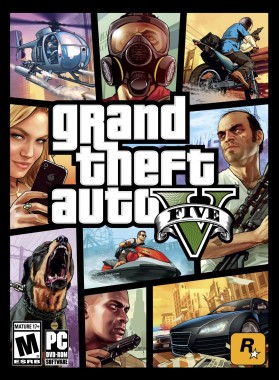 The game recently came out on PC, after many delays, and I couldn’t wait to get my hands on it. Just after a couple of hours of playing, I can definitely say that this game is a master-piece no matter on which platform it comes out.

The PC version is by far the best looking of them all, if you have the configuration to run it, but even at lower details, the game still runs and looks great. The port, if you can call it a port, is one of the best I’ve seen so far. My FPS rarely dropped under 100, only in the more populated areas, and with the graphics cranked up to high.

The nice thing about the options menu is that you can play with it to your heart’s desire, depending on your system and it can also support 4K/UHD resolutions, as well as multi-display setups. You also have a visual slider, that will show you how demanding are the options that you choose, so you can turn them higher or lower in order to get the best experience possible. 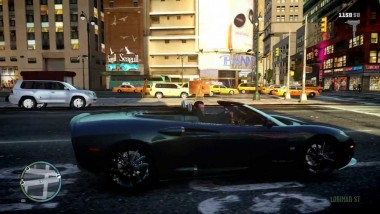 To be frank, this game has the most complete and easy to use options menu since the release of Starcraft 2. From view distance and standard quality adjustments, to a FOV slider, it has it all. All of the controls are customizable and you can switch between a keyboard and a controller in no time at all, by simply pressing a button on one or the other. There is no need to open up the menu and swap them around. This is extremely useful if you prefer shooting using a mouse and keyboard, but you like driving with a controller.

Music wise, you can choose one of the radio stations available in the game, or play your own music library if you so desire. There is nothing to complain about here either.

The menus are done really well, for the most part, and can be navigated with a mouse without any problems whatsoever. The in-game web browser feels as natural as it can be while using a mouse. The only time that the mouse feels a little clunky, is when you browse through the wares of the ammunition gun shops. It’s not that the mouse is not functional, but it works better and feels more natural if you use the arrow keys, or the D-pad and it is basically the only reminder that this game was not originally developed for PC.

Shooting with a mouse is so good that is makes things a bit too easy. I don’t want to appear smug, nor do I consider myself to be a premium marksman, but the cops in Los Santos have very little odds of getting out of their cars if I use a mouse when shooting.

Without the dreadful auto-aim, that was dragging the circular crosshair toward the center, I managed to get lots of headshots, especially when I was playing in a first-person perspective. At the same time, I never got the feeling of invincibility, because the authorities will never give up and continue to pursue you until you run away, or until you are dead.

A nice PC specific feature is the ability to run by simply holding down the SHIFT key, without having to mash a button like you have to do when using a controller. If you don’t want to hold down a key in order to run, then just hit the Caps Lock on your keyboard and your character will continue running until you press it again. On the PC version you also don’t get that horizontal drift like you used to on the PS4, or on the Xbox One.

The GTA Online, has been very responsive and well behaved since I started playing, but I did experienced the occasional lag spike or disconnect. This is nothing out of the ordinary for an online game that can match up groups of 30 players. The things you can do are different and very enjoyable. You can go on co-op missions with your friends (including the newly released heists), play deathmatches, or race over air, land and sea.

The online open-world feels alive and vibrant, where anything can happen at any time. The other players can surprise you with a drive-by shooting at any moment, but you can do the same to them too. I simply loved seeing random people taking advantage of this freedom and messing around as much as they could within the game. 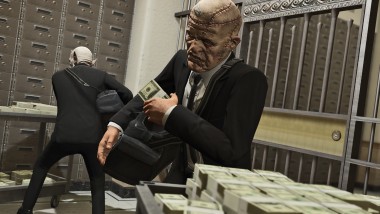 The Rockstar Editor tool, which is a PC exclusive feature, lets you capture gameplay clips and edit them in order to create elaborate films, that you can later view with your friends. I was editing a few clips together, without saving my progress, when the game crashed and I lost about two hours of work, so be aware of that and save your work as often as possible.

The simplicity of the editing controls and the flexibility of the camera makes everything very easy, and there is basically no limit to what you can do. For example I made a one hour long movie about a guy, in a bathing suit, that punches people in the face, in slow motion, but then again I’m not the best movie maker out there.

Grand Theft Auto V is literally a masterpiece of a game, and if you want to have the best and most complete experience with it, then I recommend that you pick up the PC version. It has a vivid open world, with meticulous details, that sets the bar very high for future similar games.