Heroes of the Storm has been officially launched on June the 2nd. What does this mean for Blizzard?

It means that the fight for who’s the MOBA king has finally started, but unfortunately it may be too late for Heroes of the Storm to make a stand.

When it was first announced a couple of years ago people went crazy, and for good reason – a Blizzard MOBA game? Please, and thank you! Now when it has been finally released? Ugh, It feels like getting socks and sweaters for Christmas. Even though those are awesome gifts – hey, free cloths – your inner child will hate every second of it.

Let’s dissect Heroes of the Storm. 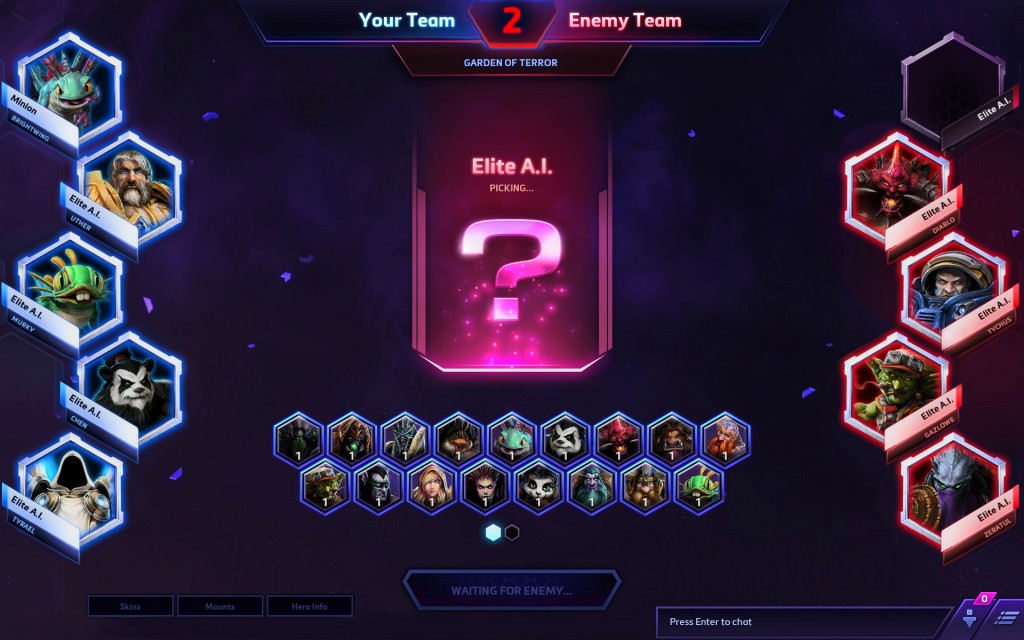 In all fairness, it’s a really fun, and entertaining game if you’ve never been accustomed to the Multiplayer Online Battle Arena genre, but if you’re a veteran, if you’ve played DOTA, or League of Legends in the past, Heroes of the Storm will seem like a little child trying to make his first steps – even though the whole thing is cute as a button, it’s nothing worth mentioning to anyone.

Firstly because Blizzard has decided to market it towards beginners mostly, and when I say mostly, I mean that they seem to have forgotten the die hard pro players that love the MOBA genre to death. Sure, it’s really fun playing with Raynor, and Kerrigan against Diablo, and Illidan – it’s what 12 year old me hoped to play some day, but not like this, seriously, not like this. 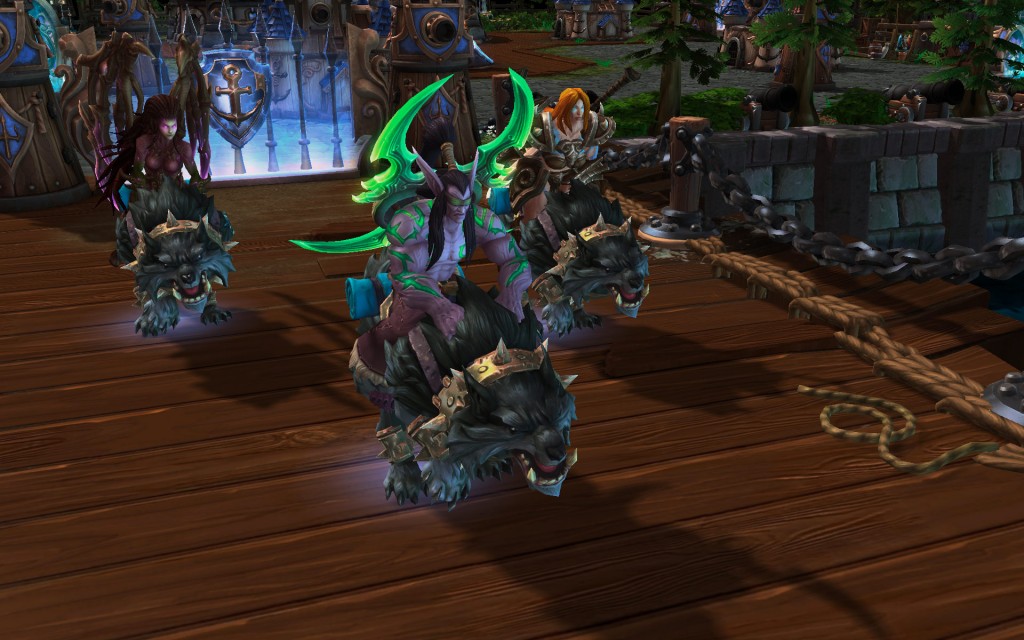 Killing your enemies doesn’t reward the player with, well, anything, and the team levels up together – this means there is no possibility of snowballing, and carrying your game. I do commend Blizzard for taking a stand on this. They truly made it a team effort, but it doesn’t feel that fun. While I do love the fact that kills aren’t rewarded to just one individual, and the team scores points, when you manage to eliminate your opponents from the face of the map you’ll just continue playing like nothing has happened.

Where’s that double kill reward? Where’s that Ultra Kill ego boost? Sure, team effort and all, but what about boosting the morale of the whole team by acknowledging that one player just bashed the whole enemy team?This may not be something that will bother you, and I can fully understand why, but for those of us that have been playing MOBA’s since Eul’s Starcraft mod, Heroes of the Storm disappoints from this point of view. 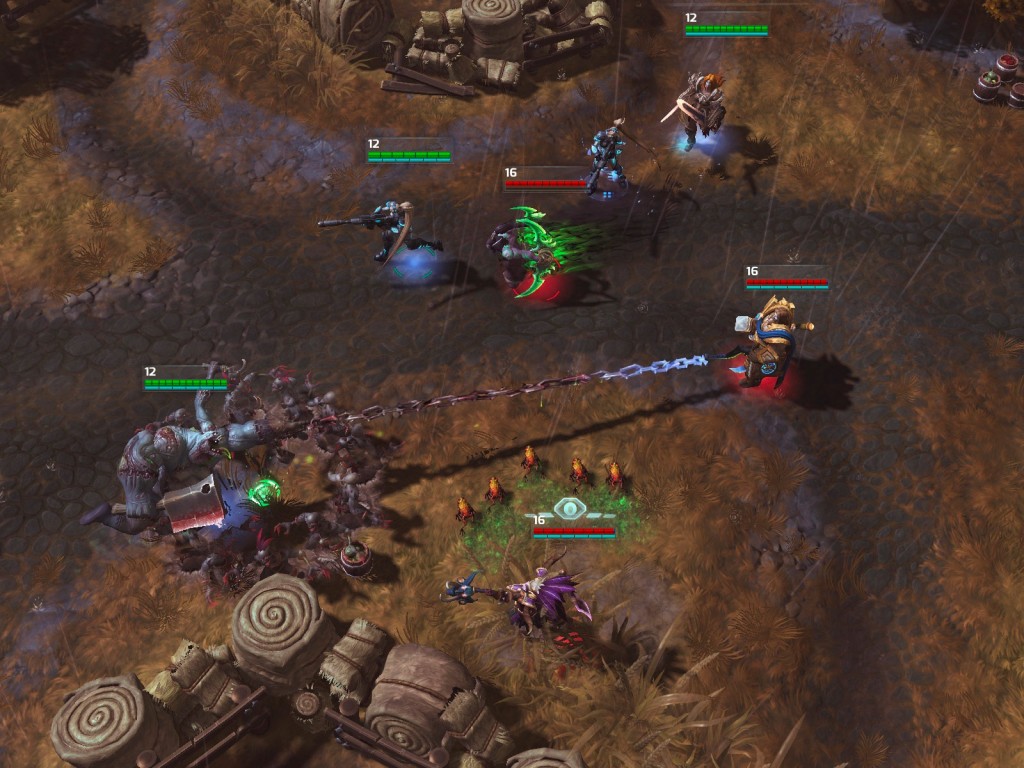 There are no weapons, nor armour, not even a potion that you can buy in Heroes of the Storm – it’s Blizzard’s tactic to persuade casual gamers to play it. League of Legends, and Dota 2 may intimidate new gamers that want to tackle the genre because, in all fairness, it requires time, and a lot of paying attention, which some of us don’t really have.

This takes a whole lot from the fun that MOBA’s offer. Let me choose what items to build, let me play a mage as a tank, let me try out a crazy build – maybe it works, maybe it doesn’t, but give the gamer the possibility at least.

There is no risk factor in Heroes of the Storm – except for getting ganked. Paying attention to the mini-map will always be something crucial. I just have to spam my abilities, pay attention to my cooldowns – whoever manages to organise the best wins the game. Yikes, don’t really like the sound of that –  it’s super hard to coordinate with 4 other internet strangers. 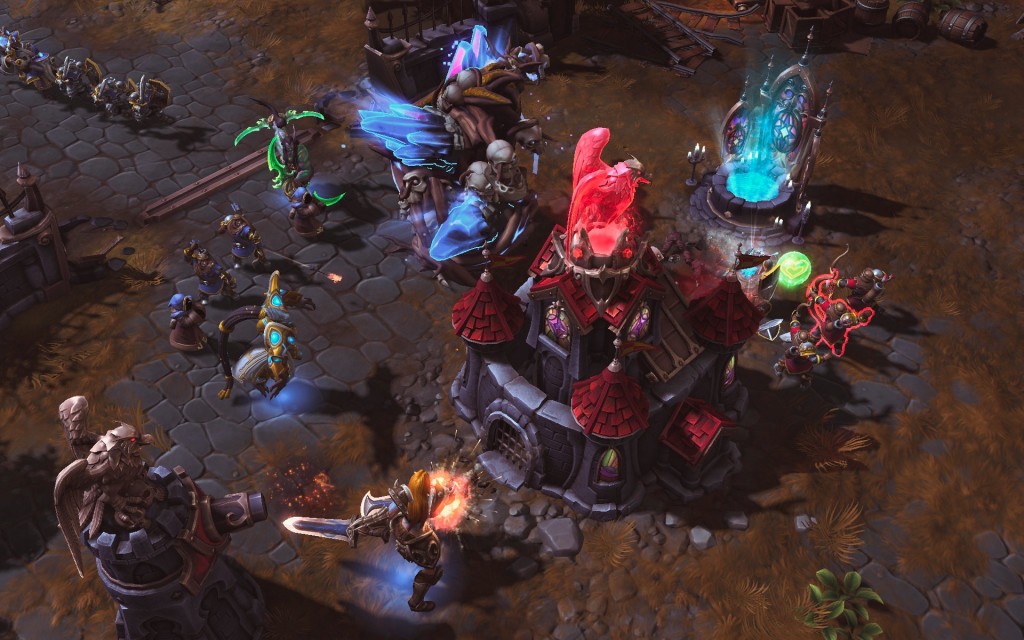 There are no wards to pin on the map to get a heads-up when the enemy is trying to gank. Just stick together and hope for the best. Unfortunately for us, Blizzard is moving further away from skill based gaming, and is adopting gameplay mechanisms designed for casual gamers.

I fully support giving everyone a shot, but dumbing it down isn’t a solution.

The game is free at the moment, and it will probably remain a free to play title.  If you want to give it a shot, go to Blizzard’s official Heroes of the Storm website, create an account, and download the game.