Legacy of the Void, the third and final chapter of the groundbreaking strategy game Starcraft II came out on November 10, 2015, to critical acclaim. This Legacy of the Void review looks back at this modern classic and compares it with similar games. If you are into old-school real-time strategy (RTS) games, read on to find out more.

Quick Navigation
Starcraft II: Legacy Of The Void
Gameplay
How It Compares
Legacy Of The Void Review
The Lord of the Rings: The Battle For Middle-Earth
Ashes of the Singularity: Escalation
Napoleon Total War
​Conclusion

Starcraft II: Legacy Of The Void

Starcraft II was released as a trilogy with each episode focusing on one of the three primary races in the game's lore. The first part focused on the Terran race while the second highlighted the Zergs. Legacy of the Void is the third episode and follows the saga of the Protoss led by Artanis as he roams the universe to unite his scattered brethren.

For this mini Legacy of the Void review, we will highlight the additions and improvements to the game.

Legacy of the Void introduces new features and strategies that weren't present in previous episodes. Like with the previous installments, the gameplay is tied to the game's lore, a feature that makes the franchise unique.

One major change is the Multiplayer feature. Legacy of the Void introduces three new modes:

Starcraft is a game that is peerless; this franchise set the standards on how strategy games should be. Here are three great games with similar gameplay mechanics:

Legacy Of The Void Review

For this Legacy of the Void review, we will examine and compare it with other games using the following criteria.

Legacy of the Void is a fitting finale to the long-running space saga by Blizzard. It ties up loose ends and answers many questions in the game's lore. And it does all this while introducing new gameplay mechanics. Truly a masterpiece that sets the game apart from the others.

In our Legacy of the Void review, we found it has graphics that are light-years ahead of the previous trilogy released in 1998. The details in every map and unit are well-designed and the overall look and feel of the game fits the game's sci-fi tone. But unlike other AAA titles, this game is not a beast when it comes to pushing the graphical limits.

The level designs and game mechanics are all well-thought of. Like the previous episodes, Legacy of the Void requires the player to choose a path and the game's new units will come from there. The multiplayer modes are also welcome additions, but a mismatch in ranks may turn off some newbies.

Unlike the villains in the game's lore, Legacy of the Void is not power-hungry. Better specs are always better, but here are the minimum specs you'll need to enjoy the game

The Lord of the Rings: The Battle For Middle-Earth

The Lord of the Rings: The Battle for Middle-Earth
Buy on Amazon

For the first similar game in our Legacy of the Void review, we will look at this RTS game for Tolkien fans: The Lord of the Rings: The Battle for Middle-Earth. This game was released back in 2004 so expect an oldie (but still a goodie). The graphics may not be mind-blowing, but it came out in the 2000s when RTS was king of the PC.

The game tries to stay true to the lore of the popular Lord of the Rings by Tolkien. You get to experience several of the great battles found in the book and movies. These story campaigns come in the form of scripted missions.

You will be able to take your forces from the mines of Moria to the fields of Lorien. You will experience the fight at Amon Hen, the grand Battle of the Hornburg at Helm's Deep, and the Ent's victory at Isengard. However, the game falters with the presentation. It may be due to the technology of the time, but you only get snippets of the movies instead of a full-fledged CG action. Overall, the game being based on the all-time classic speaks for the story quality.

You will not be blown away by the graphics if you compare it to today's games. But the graphics are enough to let you appreciate the units and map designs.

Like most RTS games, Battle for Middle-Earth lets you control various warring factions from the LotR lore. You will also build a base and manage resources as you defend your bases and attack the opposing forces. Your army will have a limit count but you can subdivide them into tiny groups. Like most RTS games of the time, the units use the rock-paper-scissor system. 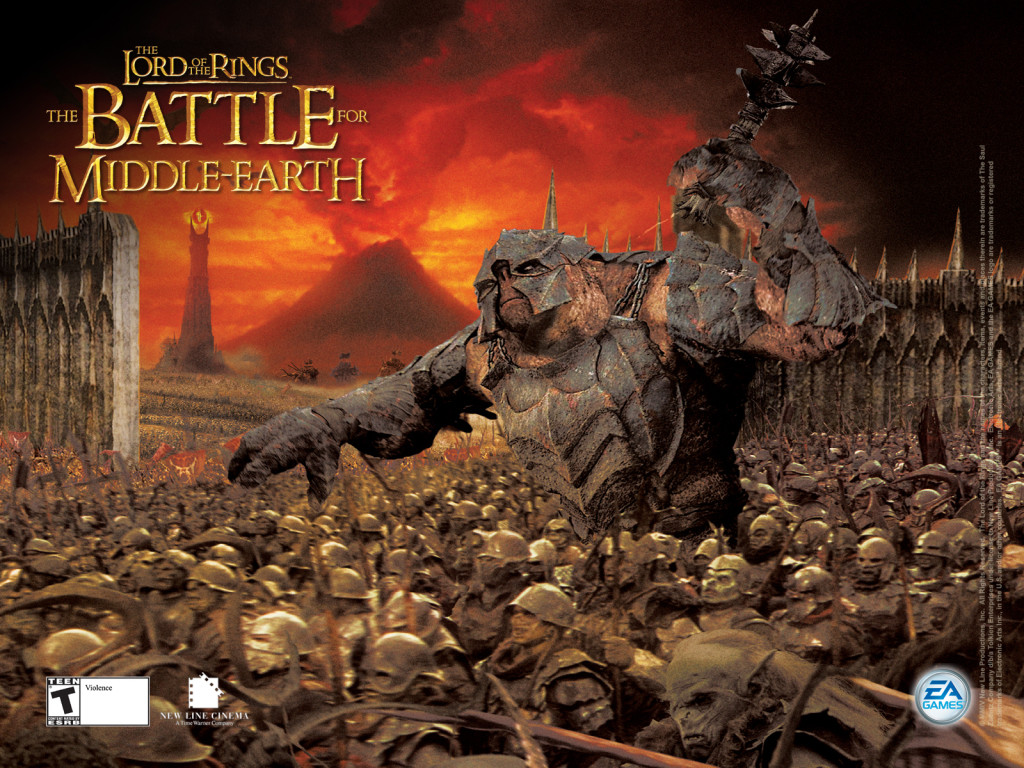 Today's computing power won't face problems with the system needs of this game.

Ashes of the Singularity: Escalation

Ashes of the Singularity: Escalation is also a sci-fi-themed game. But it is different because it allows the players to field literally thousands of individual units in a single skirmish. Each unit moves as designed and you can control each or the whole army as you see fit.

The story follows the fate of humanity in the year 2167 as it diverged into three distinct races (natural, transhumans and post-humans) conquering neighboring planets. A typical sci-fi opera but with its own lore.

The game's art direction may not appeal much to fans of traditional fantasy RTS players. The futuristic theme is superbly designed, but it is not on par with Starcraft II. The game can also be a pain when played with a lower-end graphics card. But the overall art direction is good.

As mentioned, this RTS is unique that it allows you to control literally armies of units in one large map simultaneously. The graphic engine Nitrous pushes the gameplay, which becomes more enjoyable when played with other players online. Groups of units can be combined into "meta units" that works as one, lending to more complex strategies and tactics.

Like most modern titles, this game is a monster when it comes to system needs.

Last item on our Legacy of the Void review is this true-to-life, historical RTS: Napoleon Total War. Released in 2010, this game lets you command an army as the infamous Napoleon Bonaparte or any of his major rivals. You will relive the conquests in the 18th and 19th centuries in campaigns spread around Europe, the Middle East and North Africa.

Based on historical facts, you will be able to relive the glory days of General Napoleon as he conquers half of the world in the 19th century. Unless you come from the country who lost during these times, you will probably like the game's story. However, certain liberties were taken in the historical accounts to fit the gameplay (i.e. if you play as the rival general and win a battle that was actually lost).

The graphics are basic and do not blow other games out of the water in terms of graphics. Some animations are clunky but forgivable.

The game is a combination of real-time strategy and turn-based games. It means every move, whether controlling units, attacking foes, or moving armies, will cost a move and you take turns versus the opponent. However, the game offers countless tactical possibilities and overall strategies. You can play a single-player campaign or against human players in online or offline multiplayer mode. 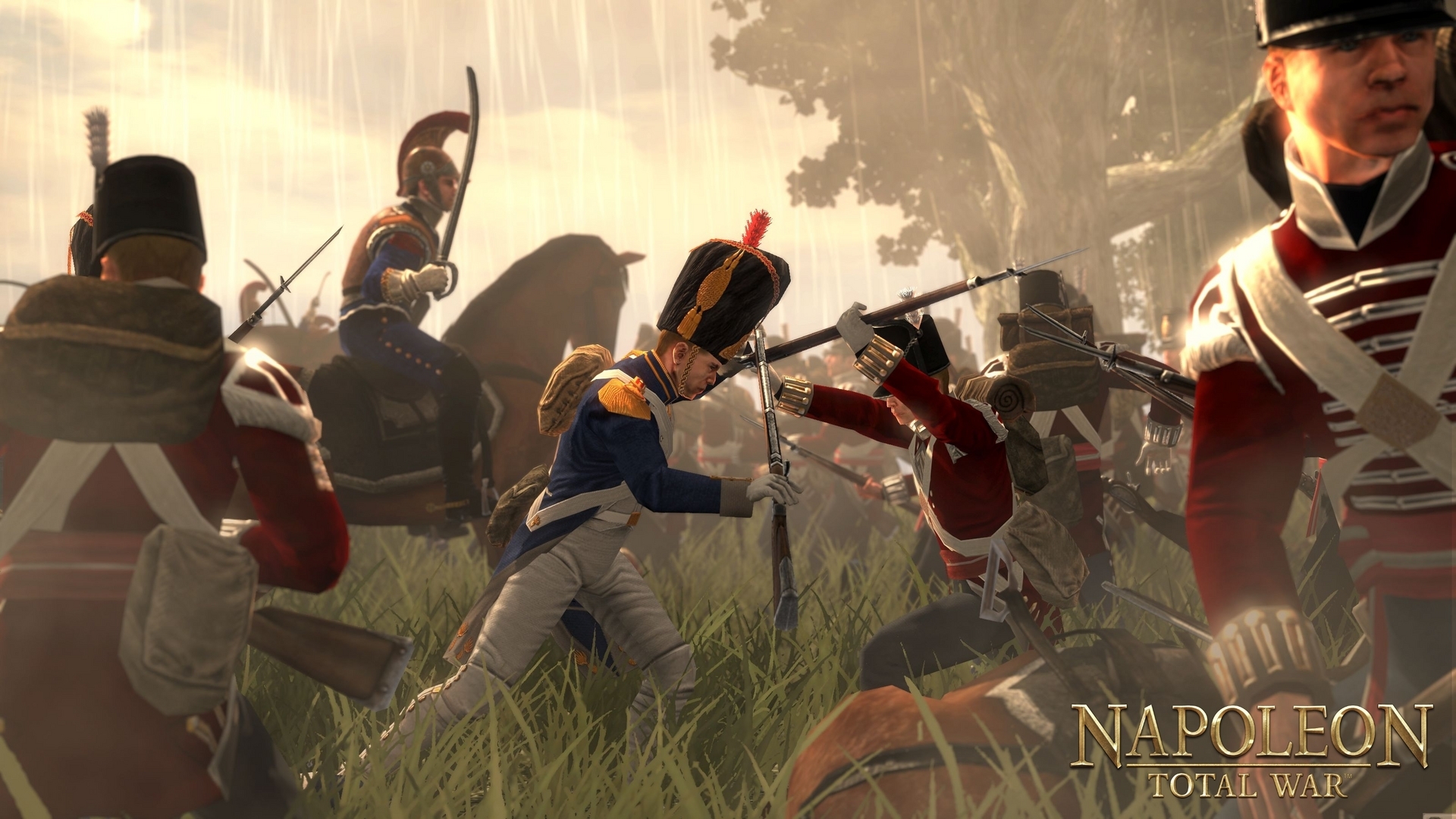 For players seeking out a good real-time strategy game, based on our Legacy of the Void review, we recommend the mentioned games in the following order: