No Man’s Sky is an open-world survival exploration game – but don’t let this scare you off. Gamers aren’t that keen of playing survival games anymore, but the thing is No Man’s Sky isn’t really all about survival, and it’s more about exploring the infinite procedurally generated universe that Hello Games has created.

GameInformer confirmed that 2015 is going to be its release date, but we kinda’ expect it to be pushed back a little bit – realistically speaking, it could hit December, just in time for X-Mas, but we seriously don’t want a buggy game. Expectations are high, and a botched release can kill the whole project completely.

At first, No Man’s Sky was supposed to be a PlayStation 4 exclusive, then it jumped on the PC bandwagon – Hello Games confirmed that Sony’s console would have a timed exclusive, but that’s not the case anymore. No Man’s Sky is going to be released at the same time for the PS4, and PC.

Praise Gaben, it’s already on Steam – can’t pre-order just yet, but now you know where you’ll get it from!

No Man’s Sky is not an MMO, but it could easily be one! 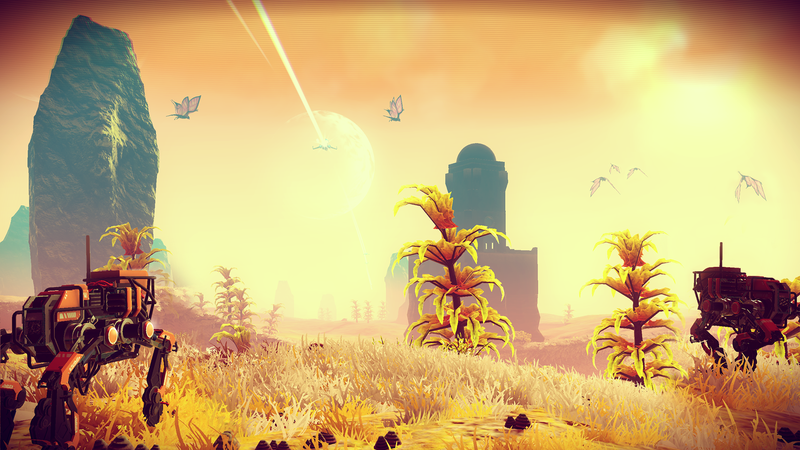 I’ve been dying to play this game since 2013 when I first heard of it. E3 2015 was No Man’s Sky second E3 event, and this time we witnessed a more complete game.

Hello Games are working on a highly anticipated original game – although, it’s worth noting that it gets some of its fundamentals directly from Minecraft. You gather resources, and you explore the universe, but be careful while you do so. Angry alien creatures roam the unexplored planets, and they definitely don’t want your sorry face around. Some of them are just cute as a button, and don’t mind you snooping around their domain, but others are protecting their land tooth and claw –  Run Forest run! comes to mind.

It’s nothing outlandish to be honest. You just get in your spaceship, explore gorgeous worlds, and gather resources – rinse, and repeat. It could get really boring, really fast, but Hello Games’ attention to detail will woo you, and the feeling that you get from exploring the unknown doesn’t seem to fade away. 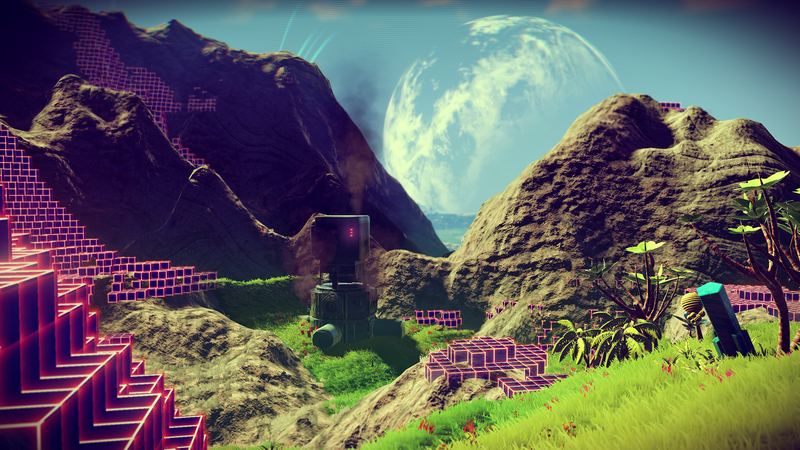 I was born too late to explore Earth, and too soon to explore space. Hopefully, No Man’s Sky will satisfy my curiosity of how it’s really like to be a pioneer!

Weird events are part of the game. You can battle with self-replicating alien robots who will hunt you down until you leave their planet, or you could gaze at the wondrous marvels of a new-born planet. This isn’t a game to be played in between sessions of Battlefield, or League of Legends. No Man’s Sky is a game that will suck you in.

Good thing I’m not in college anymore, or I would flunk every exam. 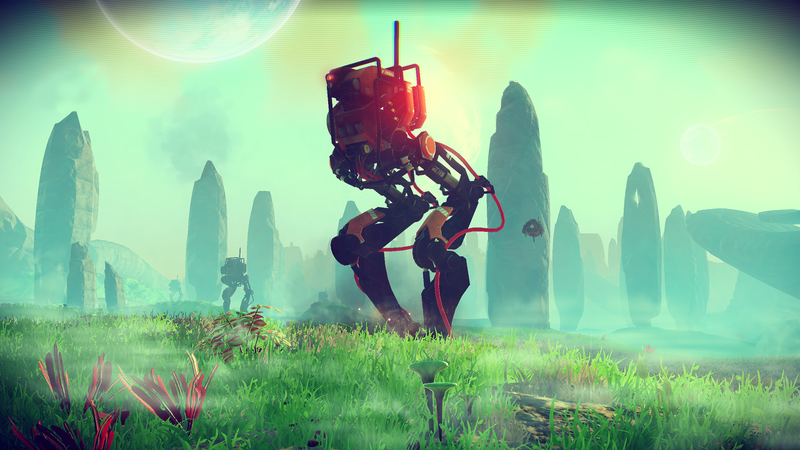 That’s all fine and dandy, but how about upgrading your spaceship? No Man’s Sky has hubs were gamers can huddle up and exchange resources for weapons, spaceships, and other spacey things. Resources can be collected through exploration,  combat, or simply trading. You can choose your path. Want to be a space pirate that terrorizes a quadrant? How about a peaceful explorer whose goal is to find the rarest, and most beautiful artifact in the universe?

No Man’s Sky wants you to explore as much of the world as you possibly can – loot boxes are scattered across the galaxy, and they contain upgrades, resources, or just currency. Upgrading your ship, and your belongings – suit, weapons, and such; will ensure that you can continue to explore distant galaxies to gain wealth, or simply for the joy of discovering a new world. 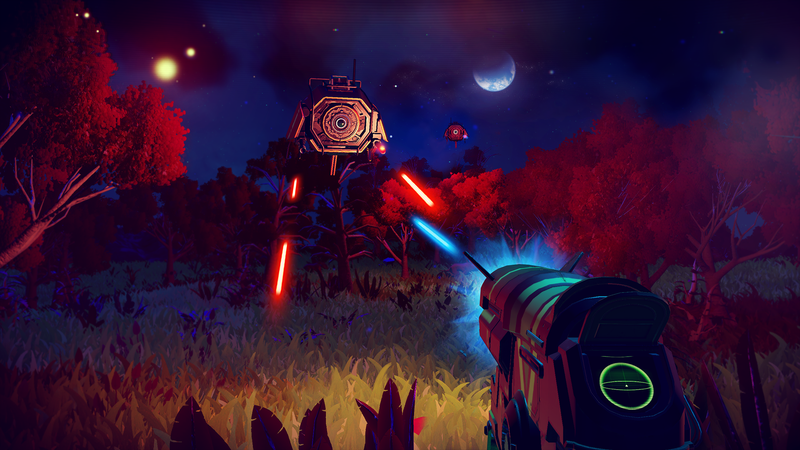 No Man’s Sky could be an MMO, but sadly it isn’t. You can see other players on planets, and you can interact with them on a basic level, but you can’t trade with them, nor can you fight them. Keep your fingers crossed – eventually, Hello Games might look into making No Man’s Sky an MMO if the game is successful enough.

It doesn’t bring anything new game mechanics wise. It feels like your everyday first person shooter, but the thing is, you have a plethora of things to see, and to do. If Hello Games keeps true to its promise of offering a virtually endless universe, No Man’s Sky could be the next big thing, but if the game provides only 20 or so rehashed textures, and landscapes, it could mean the end of it.

Let’s hope this won’t be a huge disappointment as Spore was.