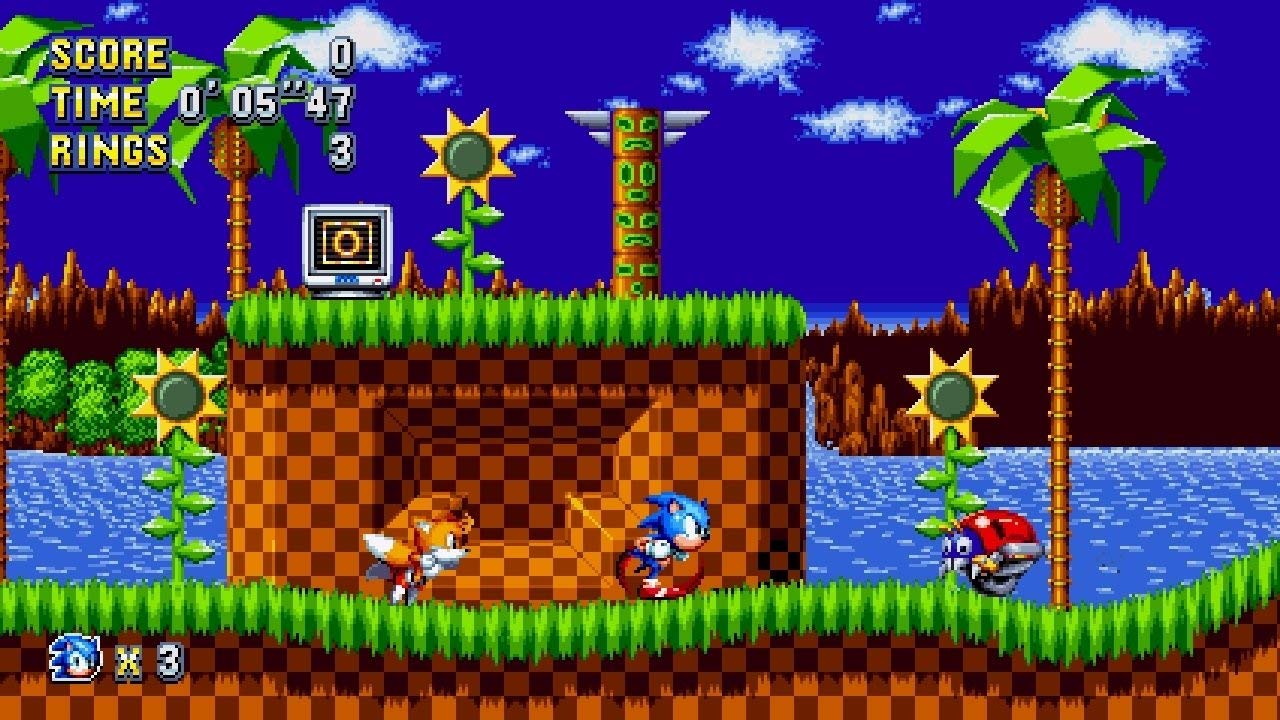 If you are an avid gamer or have ever played a video game in your life, you have probably heard the name Sonic. Sonic the Hedgehog is a classic Sega character that has continuously brought joy to the hearts of many. The newest Sonic release, Sonic Mania, reminisces on its 25 years of gameplay and recreates a new classic Sonic masterpiece.

What Is Sonic Mania?

After sifting through Sonic Mania review after Sonic Mania review, you may have been surprised to find that people are not complaining about faults or ruined images like they have in other Sonic games. Instead, people are raving and loving every second of gameplay this game has to offer. It is new yet old, simple yet challenging, and undoubtedly a nostalgic treat.

Unlike what many of the Sonic Mania reviewers thought pre-release, Sonic Mania is not a reboot of the original game. It is its own game that flashes back to the 2D style. While it contains a few levels originally designed for Sonic games, those levels were never actually released for their original games. Instead, the Sonic Mania game developers revamped those levels, added a ton of additional levels, and created a brand new adventure with a familiar feel. Many Sonic Mania reviewers rave about the fact that this game makes it feel like the ‘90s never ended.

Sonic Mania gives the fans the look they have been craving, but at the modern speed they expect. This 2D adventure runs at 60 frames per second and has HD retro-style graphics. Even though it looks the same way it did in the ‘90s, it plays like a game should 25 years later. The game also allows you to go head-to-head with their Competition Mode, or play with friends in a Co-Op Mode.

Something to truly rave about in this Sonic Mania review is the price. Sonic Mania is available for the Nintendo Switch, Playstation 4, Xbox One, and PC. On these systems, you can get a digital download of Sonic Mania for roughly $20. While buying a physical copy of the game may cost you a bit more, this price is unbeatable, especially compared to the price of other games on these systems and on the current gaming market.

After conducting a Sonic Mania review, we picked a few similar games available on the market to see how they compare.

Considering the price of modern video games, Sonic Mania comes in on the cheap end. This game can be purchased for the Nintendo Switch, Playstation 4, Xbox One, and PC. On these systems, you can get the digital download for roughly $20.

One of the highlighting elements of any Sonic Mania review is its story. It brings back all the characters you love, like Sonic, Tails, and Knuckles, and all the characters you love to hate, like Dr. Eggman and his evil robot army. Plus, there are a ton of new bosses to add additional excitement to the story. Work with Sonic to help save the world from Dr. Eggman's clutches once more. You can also play on your own or with friends in the Co-Op Mode.

For some people, the retro graphics are horrendous. They are so accustomed to the modern level of graphic technology that the 2D world is very off-putting. For most people, this retro-style game is exactly what they have been craving. Retro is very in these days, with new 8-Bit games coming out left and right, and having a brand new Sonic classic to play brings joy to new and old gamers alike.

The controls are fairly simple and easy to follow, especially if you have played other Sonic games before. There is nothing incredibly exciting in terms of controls, and since Sonic Mania is available on so many systems, you can choose to play with the system you are most comfortable with.

Some Sonic Mania reviewers have commented that there are wild difficulty spikes in the game while others have praised the new challenges head-on. This game gives new Sonic players the chance to really delve into the roots of this franchise while giving old Sonic players the chance to retest their skills in a whole new way. The gameplay is incredibly smooth while presenting players with unexpected challenges throughout. They have also added the Co-Op Mode and Competition Mode that allow players to play alongside and against one another.

Sonic Lost World is a 3D Sonic game designed to bring a new set of villains to the table. It has some incredibly vibrant graphics and an intelligent story driving it forward. Fans have not been overly thrilled with its lack of control and untrustworthy camera angles, but it has proven to provide quality entertainment for those who can manage to overcome the obstacles.

Sonic Lost World was released for the Nintendo Wii U, Nintendo 3DS, and for PC. The game itself can be purchased at the incredibly reasonable price of about $20. Considering the brand and the cost of modern games, this is a great price.

While many fans were not thrilled with the overall gameplay, the storyline is impeccable. Sonic is on a mission to stop an alien tribe called the Deadly Six. Along with Tails, Sonic must team up with his enemy, Dr. Eggman, to stop these aliens from overtaking the world.

Sonic Lost World brought forth some colorful levels. The vibrant HD graphics in this game are top-notch and appear to have gone over well with fans. These graphics are also what has made some of the game’s best levels come to life. This 3D style game was beautifully crafted and helped to enhance the overall gaming experience.

One of the biggest downfalls for Sonic Lost World is its controls. While the general concept of controls is simple to follow, they sometimes do not line up with the actual game in play. There are also some rough camera angles that make playing certain areas of levels difficult.

The overall game is fun. It has a fun story, crazy adventures, and exciting new levels. That being said, the gameplay is just not as great as some of its competitors. It has great moments, but also major downfalls and glitches that often leave players dissatisfied. It also has a rather disappointing two-player mode that should have been more fun than it was.

Sonic Generations is an exciting game that looks back at its history. By having Sonic meet up with previous versions of himself, the player gets to dive into a mash-up of old and new. This is an interesting game that can be picked up at a reasonable price.

Sonic Generations was released for the PlayStation 3, Xbox 360, Nintendo 3DS, and for PC. The game itself can be purchased for a decent price at around $15. Considering the brand and the cost of games these days, this is a great price for the game.

Sega has consistently created innovative storylines for their game, and Sonic Generations is no exception. Sonic and Tails are battling evil yet again, only this time they are forced to form alliances with other people. Who are they? Iterations of their past selves.

From a graphics perspective, this game is unique. It includes typical modern 3D graphics, which are truly high-quality, and classic side-scrolling action. Visually, this game is great and well deserving of the praise it has received.

The biggest downfall to this Sonic game is its controls. For some reason, nearly all the Sonic games that include 3D elements lack the vital aspect of smooth controls other games have. This, on top of occasional frame rate issues, off-puts players from enjoying the game.

The game is unique because it brings the new and the old together in an exciting way. Many references and level adaptations from previous games are included as the heroes work with their former selves. You are also able to unlock the original game in the console version.

Sonic Colors is an exciting game that could recharge the Sonic fandom after a series of unsuccessful titles. Sonic is out again to save the world but now is able to increase his attack power with a brand new power-up. These power-ups, known as Wisps, allow Sonic to increase his power, reach new levels, and rejuvenate the Sonic series.

Sonic Colors was released for the Nintendo Wii and Nintendo DS. The game itself can be purchased quite reasonably for around $15. Considering the brand and the cost of typical video games, this is a great price for the game.

In Sonic Colors, Sonic is out to stop his biggest nemesis, Dr. Eggman. He is trying to enslave an alien race to take over the world, but Sonic will do everything he can to stop him. With the help of new power-ups and his trusted speed, Sonic is sure he can save the world once again.

One of the most raved about aspects of Sonic Colors is its graphics. This 3D-style game generally focuses on a third-person perspective as Sonic races to save the world. It also has moments of side-scrolling, which bring players back to the original gameplay of the Sonic games. Additionally, this game has terrific audio that pairs well with the visuals on screen.

Yet again, the controls in Sonic Colors are not up to the expectations of the players. The game itself has some high points of difficulty that only become more challenging when the controls themselves are not consistent. That being said, once you can get the controls to work, the game itself is easy to maneuver and a joy to play.

Sonic Colors has a great gameplay and iconic levels that leave players very satisfied. So satisfied, in fact, that many find this game highly re-playable. This was considered a major improvement compared to previous Sonic games, yet still not as satisfying as the original game.

Overall, Sonic Mania has truly outdone itself. It has taken gamers back to the classic they very much loved and given them a new adventure to embark on. Compared to other Sonic games, Sonic Mania reviews have consistently been positive due to its clever design, appeal to both new and old players, and its classic retro-style aesthetic. Sonic Mania receives a rating of 4.5-stars out of 5. Regardless of whether you have played a Sonic game before or not, you should definitely give this game a try.