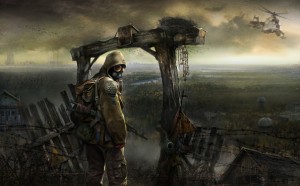 If you’ve played Stalker: Shadow of Chernobyl, you’ll most likely agree it was a very interesting and unique game.  This being said, the “expansions” since then have been…rather sub-par.  Luckily for us, developer GSC Game World announced today an official sequel to the first-person shooter.  No, not STALKER: Something Apocalyptic; Stalker 2.  They hinted towards console support and points out Stalker 2 will use a “completely new multi-platform technology developed by GSC”.

“After the official sales of the series exceeded 4 million copies worldwide, we had no doubts left to start creating a new big game in the STALKER universe,” said Sergiy Grygorovych, CEO of GSC Game World. “This will be the next chapter of the mega-popular game players expect from us.”