Star Wars Battlefront is the most anticipated game of the year, but don’t pre-order it just yet!

I’m not going to sugar coat it, we are talking about EA here, a company that resembles all that’s evil on Earth, and if you pre-order Star Wars Battlefront, you’re going to support their horrible tactics that has plagued the gaming industry for the past couple of years. It’s time to say no more to Day 1 DLCs on disk, it’s time to refuse their blatant money-grabbing additional content that should have already been made available. Aren’t you sick and tired of micro-transactions? I sure am.

Star Wars Battlefront is definitely a must-buy title, and here’s why. 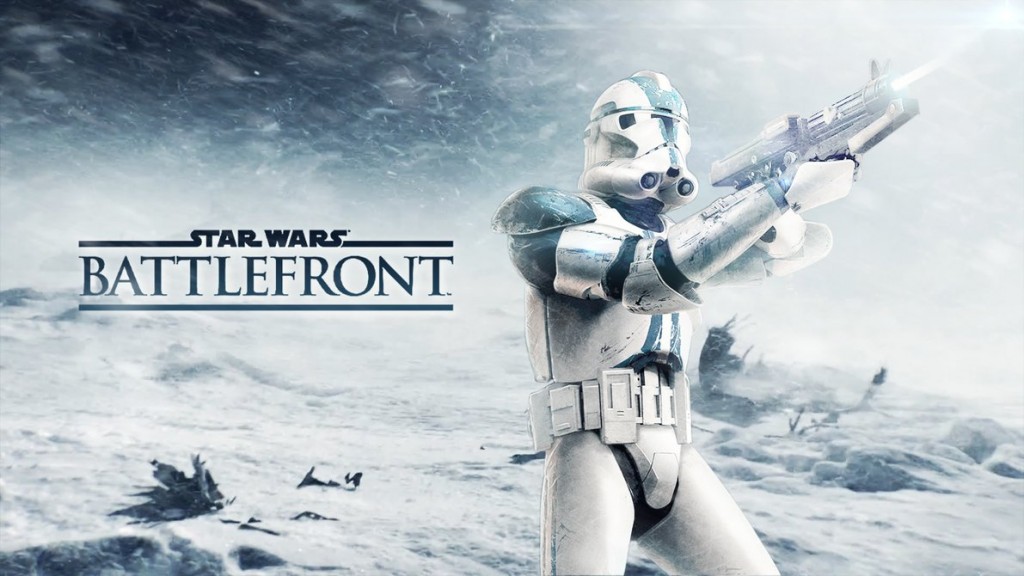 I got to play the E3 demo, and I really have to say that game mechanic wise there isn’t anything innovative. The game stays true to its core, and it polishes some details that needed reworking. EA’s DICE shifted its focus on the franchise, keeping the Star Wars feel throughout the game – and boy, I can’t wait to get my hands on it again!

The E3 demo pinned me against the rebels, and as soon as I spawned on the frozen planet Hoth, 12 year old me took control and mayhem commenced. I quickly manoeuvred myself through the icy hills, called in a humongous and deadly AT-AT walker, and for a couple of minutes I just watched how the battle was going. Taking in every detail at a time, I realized that this might be the GOTY for me. 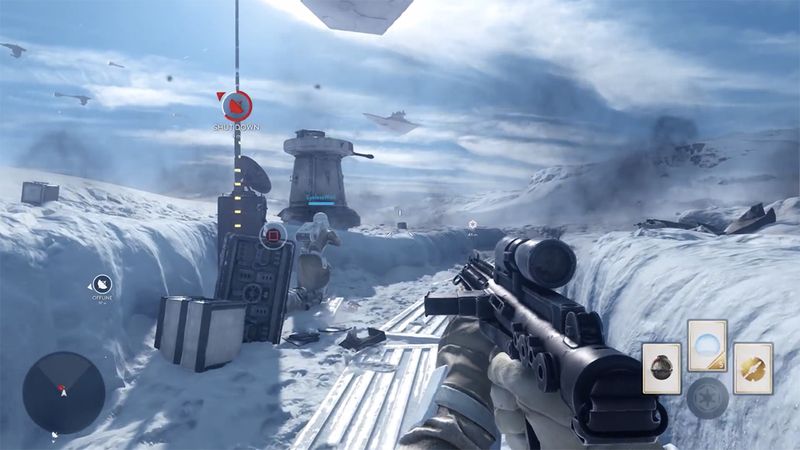 I noticed some rebels trying to advance their position, and push us back, but they were no match for the Imperial Forces – more so with me leading the attack. Me and my troops quickly annihilated the Rebel forces, and the multiplayer campaign ended.

Before playing Star Wars Battlefront I was worried that the game is seriously busy, and that it will feel like a complete bore to take care of everything that’s going around the battlefield, but DICE managed to stick to the old, simple, and elegant game mechanics, adding features here and there to make it more enjoyable.

Can’t say I’m displeased with the match that I’ve played. Actually, it’s one of the best things that I’ve played in the last couple of months – this along with Splatoon, and The Witcher 3 have definitely made my year. DICE built a fabulous gaming experience that any gamer can enjoy – even if you haven’t played a first person shooter before. 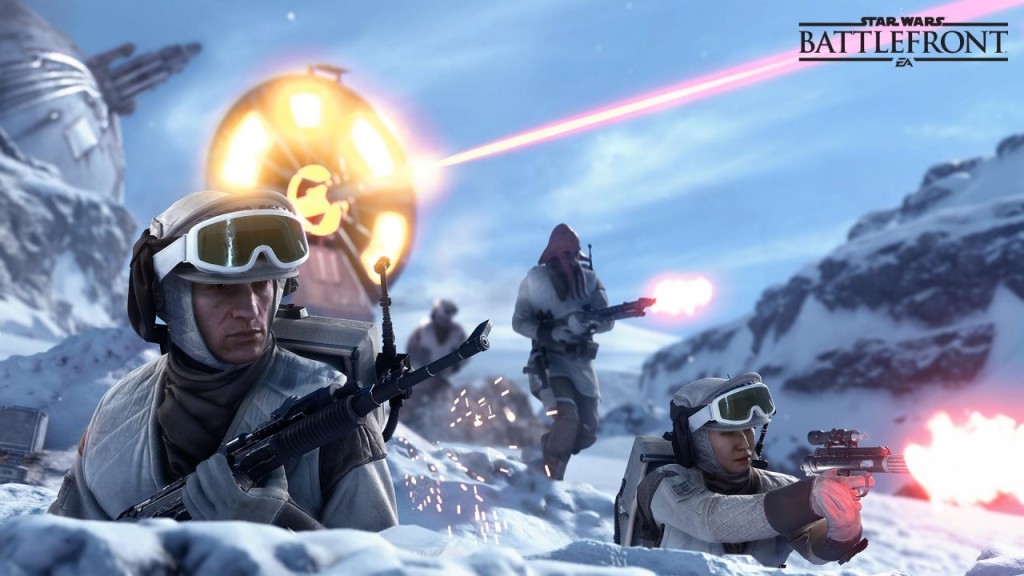 Their goal has been to immerse new players into the Star Wars Universe. Keeping on track with the movie, it seems that EA is offering a free DLC that will consist of maps from the new Star Wars film. Stop trying to win me over EA, it’s not going to happen.

While I was battling my way towards victory, I felt like I was in the Empire Strikes Back movie – DICE devs have paid attention to the fine details, and as far as I know there are a ton of discussions about how they dug through old Lucasfilm archives to photograph, and map models, but it has never crossed my mind that the game could be so true to the franchise. 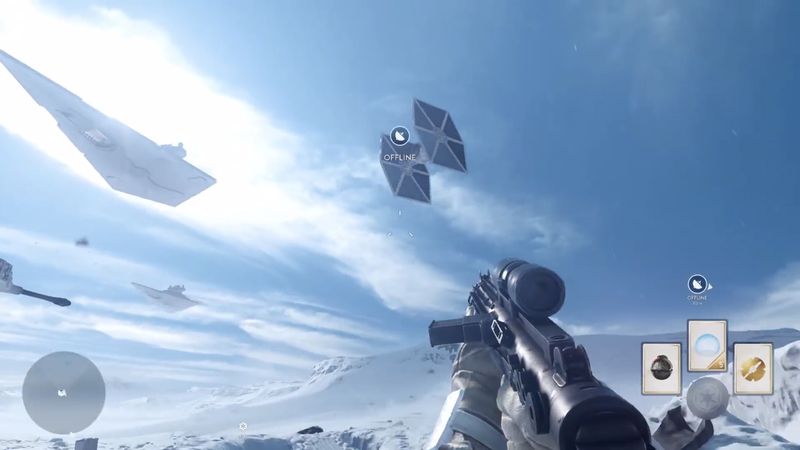 Snowtroopers running beside me, and Snowspeeders zooming above my head made me giggle in excitement, and when my AT-AT crumpled I started rooting for the Rebel forces – their tactic was sublime, and the AI doesn’t feel stupid. I’m looking at you Battlefield 4.

Usually when I’m playing a first person multiplayer game, I’m looking to have fun, and win the game – more often than not, I’m just looking to blow my enemy’s brains out. Star Wars Battlefront makes you feel emotionally invested, and mayhaps this is because I’m a big Star Wars geek, but once you win a key point in the battle, and advance with your troops, you feel a sense of accomplishment that few games can offer. 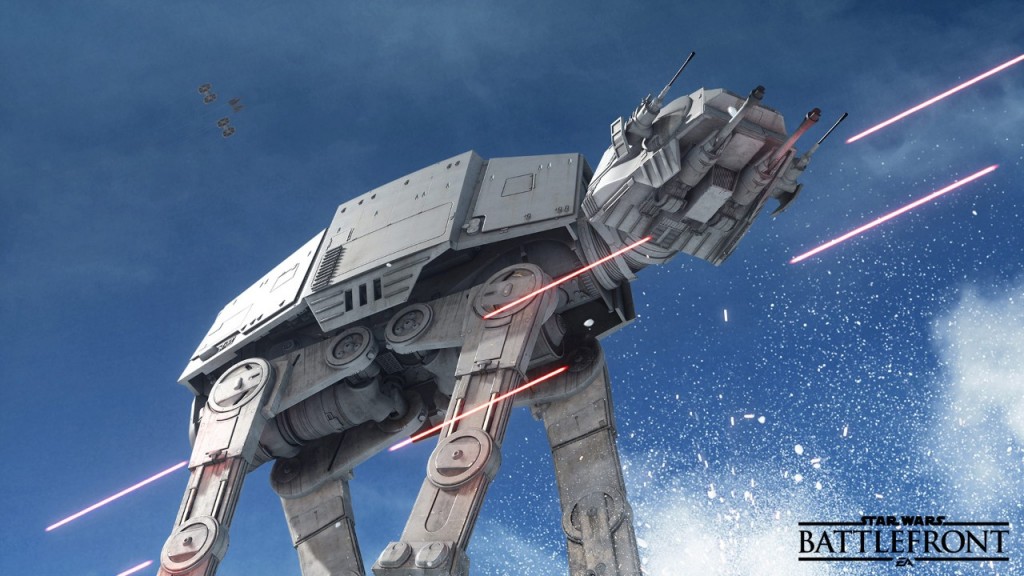 For those of you worrying that the bland all-white snow plateau of Hoth will get boring after the Star Wars novelty wears out, you should know that on launch-day, Battlefront will have 40 multiplayer campaign maps, all of them across the Star Wars Universe. That’s a lot to take in. DICE won’t stop here, and they’ll most surely add content to Star Wars Battlefront. 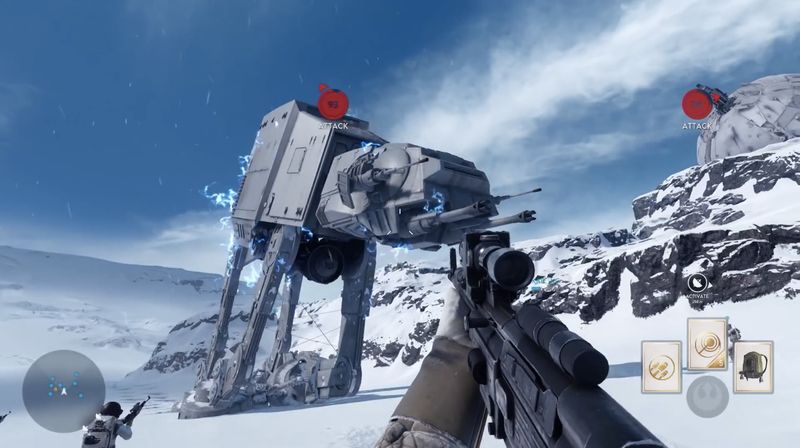 Once you get playing, and start some sweet lightsaber battles with your favourites Luke, Darth Vader, and Yoda, you’ll completely forget that there’s such a thing as real-life exists.

Star Wars Battlefront is going to be released on the 20th of November 2015 for the PC, PlayStation 4, and Xbox One.

Take a look at the E3 Multiplayer Gameplay Trailer – Walker Assault on Hoth. Be warned, you may start drooling all over yourself!