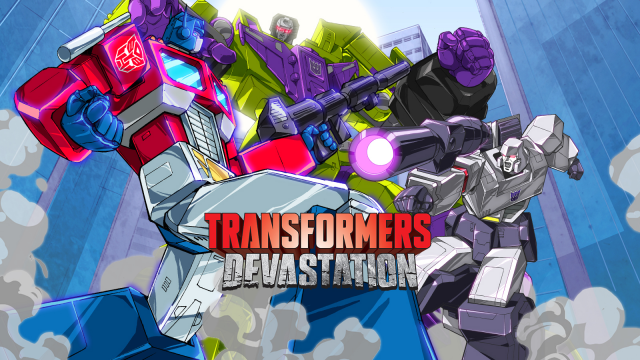 In a world with more options for video games than ever before, deciding which one to purchase can be a difficult task. For someone unfamiliar with the world of video games, so many can appear to be the same, with a lot of the player running around the world and beating up the opponents in order to succeed in a quest. Our goal is to help you understand the differences between a selection of video games via the lens of a Transformers Devastation review.

This Transformers Devastation review will not exclusively examine the one specific video game, however. This particular Transformers Devastation review will compare it to three similar games on the market to see how they compare in terms of gameplay. All are action-packed games with a certain focus on hack and slash gameplay, and which are primarily focused on single player mode (although some do have multiplayer options).

This Transformers Devastation review is focused primarily on the 2015 game based on the popular franchise of the same name. In this game, you play as one of the five Autobots from the popular television series, and battle against the evil Decepticons and Insecticons that are destroying New York City in an invasion.

Each Autobot comes with their own special powers and attack styles, and completing missions across the game allows you to collect credits and level them up, so you are more capable of taking on the villains of the story. You will need to master five competing styles in order to truly develop a mastering of the game's nuances, from the more powerful Optimus Prime to the speedier Bumblebee.

You can play Transformers Devastation on Microsoft Windows, Playstation 3 and 4, and Xbox 360 or Xbox One. It is a single-player hack and slash game. The graphics and visual details of the game are designed to be faithful to the look of the original franchise, while also being modernized to fit updated graphics standards. There are multiple levels of difficulty, and there is a Challenge Mode that allows you the opportunity to complete 50 stand alone missions outside of the main storyline.

A new copy of Transformers Devastation can be purchased for around $22 on Amazon. A used copy usually goes for around $15 at various retailers, ranging from online stores such as eBay or eStarland, or physical retailers such as Wal-Mart or GameStop.

To help see what else was out there in composing our Transformers Devastation review, we picked a couple of similar products available on the market to see how they compare.

The graphics are arguably the high point of the Transformers Devastation experience. The attention to detail and veracity of the look that is presented in the game will impress anyone who is familiar with the 1980s movie or television show version of Transformers. The colors are bold and bright, speed lines appear whenever the characters make rapid movements, and the visual style is designed like a Saturday morning action cartoon.

However, there has been updates to the looks of the characters in order to bring them forward into the 21st century. Everything is three dimensional, and the cell shadings pay attention to visual depth of field. The only reservation we have is the fact that the characters not being human means that

While the visual experience of the game is sure to please almost anyone, the game requires complex and carefully timed combinations in order to pull off the proper attacks. It is a game that will provide a genuine challenge, but this Transformers Devastation review has issues with the nature of the loot system. It is complicated and confusing, with a lot of fiddling around and complicated instructions that make it rather uninteresting to actually play around with. It is the game's primary flaw, but it is a major one: it slows down the momentum enormously, and it does not actually impact the playing of the game.

If our Transformers Devastation review made you want to buy it, you can visit

Dark Souls Remastered is a 2018 remastering of the original, widely acclaimed, and hugely influential 2011 game. This remastering was designed to bring it up to date towards upgraded video game systems and allow newer video games the chance to experience it for themselves.

The game remains a third-person action role-playing game where you make your way through a large open world, exploring and learning from your past mistakes as enemies continually attack you and you try to make your way to checkpoints before they kill you and you lose all your progress. It is a plotless game and is designed specifically to accustom you to the rules of its world: you must learn how to expand your horizons via repetition and practice.

While the graphics of Dark Souls have been improved tremendously in the past seven years, it is ultimately not the primary reason to play the game. The visual style is a simple fantasy world that is mostly just there to not detract too much focus from the gameplay, which is the primary focus of this game.

Anyone familiar with the original Dark Souls can probably stick to their old copy if it is still functioning as the new version is somewhat pricy thanks to its reputation. However, anyone who has not played the game at all should definitely consider looking into Dark Souls Remastered, as the original is a classic game that has left its influence on many games that came afterward. The decision to leave it alone but add some new features to make it more fun for newcomers (you can now play with five others as opposed to three) was a wise decision.

If our Dark Souls Remastered review made you want to buy it, you can visit

Fable III does not require any knowledge of the first two Fable games, which had a different focus and do not affect this game's storyline. In the first half of the game, your character realizes that the king of Albion is an evil tyrant who needs to be removed from power, and you will have to make promises and agreements in order to launch a coup that takes him out of power.

Once you have done this, you become the next king of Albion. You are then forced to choose between keeping the promises you made in order to help raise an army (which will cost money that you will need to protect against an invasion), or ignoring your promises and saving your money to protect Albion (which will make the people hate you).

Fable III is not a very strong game graphically. There is not anything wrong with it on the visual level, but it sticks to a rather standard visual appearance. This has the unfortunate side effect of making Albion, a kingdom you need to be invested in for the game to work, feel like a disappointingly generic land.

Despite the graphics being underwhelming, Fable III is incredibly creative on the level of the storyline. You are forced to make a difficult choice from the very beginning with choosing between saving your romantic interest or a group of protestors. This continues throughout the game, and it never gets easier thanks to your actions only having higher consequences once you have taken the kingdom for yourself.

Most games do not force the player to make genuinely complicated decisions, and the fact that Fable III does makes it stand above the pack. The only potential problem with having such a strong main storyline results in a lack of interesting options for the side quests and multiplayer mode, and thus it is a game with not much replay value.

If our Fable III review made you want to buy it, you can visit

Heavenly Sword is a hack and slash game focused on the quest of Nariko, who has acquired the mystical weapon of the title. It is a sword that can take on three different styles that affect the gameplay. Her quest is focused on preventing the sword from falling into the main villain's hands.

Heavenly Sword is one of the most impressive games ever made on the level of graphics. The production company spared no expense, with some of the most detailed character work and impressive action sequences in the history of gaming. They even hired legendary motion capture actor Andy Serkis to provide character work, and the work put into facial animation is nearly unprecedented in the history of gaming.

As a graphic experience, Heavenly Sword is a must. As a game, however, it falls somewhat short. It is well worth experiencing just for the visuals, but the actual gameplay mechanics can fall short. The storyline is fairly unoriginal and much too short.

The controls are imperfect and make it very easy for your character to get damaged due to a lack of a blocking option (she will automatically block instead), and thus you will wind up mostly using one of the three possible modes of the Heavenly Sword. It still might be worth purchasing the game anyway just to see how impressive graphics can be when this much is spent on them.

If our Heavenly Sword review made you want to buy it, you can visit

Having looked at four games in a similar genre, we think that while all four of these games have elements that make them worth buying, our Transformers Devastation review has turned into an endorsement of the different pros and cons of all four of these games. For the best graphics, one should look into Heavenly Sword, possessing some of the most impressive visuals of all time. For the most affecting storyline, we recommend the moral quandaries and ironic twists in Fable III.

The most challenging, in terms of its gameplay, is Dark Souls Remastered. It has been long known as one of the most difficult games on the market. Perhaps the most all-around enjoyable is Transformers Devastation as bright and enjoyable as the cartoon that inspired it. We hope our Transformers Devastation review, which is also something of a review of three other games in its genre, has given you a better idea of what action games have the best appeal in their respective fields. We think anyone looking to get into video games would have a good time with all four of these.