Developed by Supermassive Games and published by Sony for PS4 in 2015, Until Dawn became in less than two years one of the most appreciated interactive drama survival horror adventure games on the market. Its wild success and increasing popularity are not for naught. The game’s graphics, music, gameplay and user’s satisfaction upon finishing it are some of the features that made players appreciate it so much. Today we will offer you our own Until Dawn game review and try to pinpoint its pros, cons and most interesting aspects.

Relevance to the Genre

Don’t let the “drama survival horror adventure” description fool you: a tribute to the classic “teenagers-trapped-together-with-a-psycho-killer” games Until Dawn picks up the pace of B-rated slasher flicks. But don’t let this description fool you either, as there is so much more than blood and gore in this game as well. If we refer to horror, we can say this is indeed a horror masterpiece with a mystery/thriller powerful underline that will keep you on the edge of your seat throughout the entire game. You will jump in fear and the anxiety feeling pours all over you from every pixel, sound and character line. In other words, if you are into everything gritty, suspenseful, morbid and heart-stopping video games, then this one is definitely one you should try. 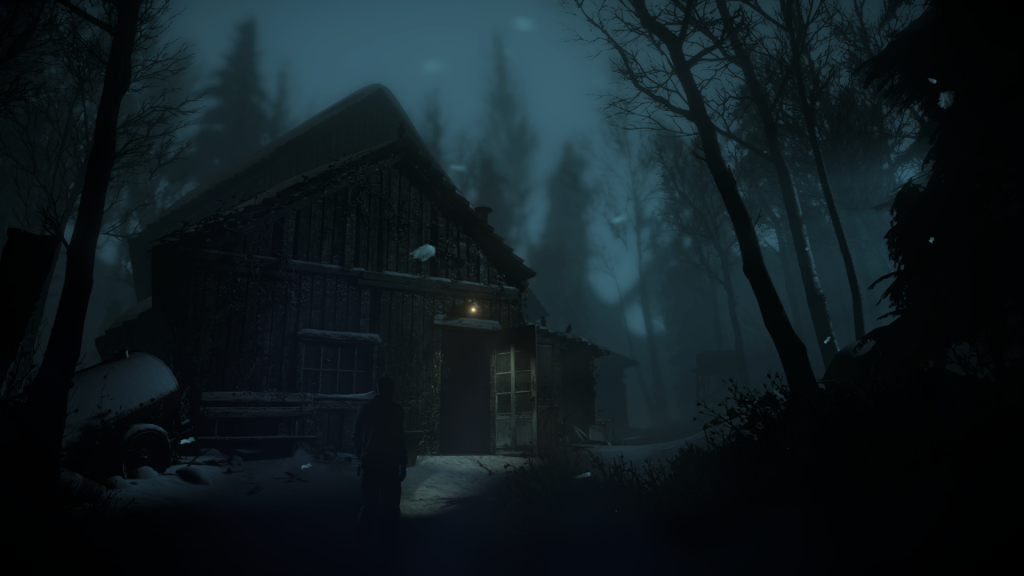 Our Until Dawn game review will not give you too many spoilers but will emphasize on some of its best traits. The main idea is simple and not new: eight teenagers decide to spend the weekend in a cabin in the woods. And they go there at night, so everything is clear from the start: bad things will happen.

Stuck in the Blackwood Mountain area in the middle of the night, with a killer on their trail, Josh, Sam, Jessica, Matt, Emily, Chris, Ashley, and Mike have to deal with the problem and some added seasoning in the shape of spirits, psychos, monsters on the loose, mysterious objects and so on. Of course, their (and your) main goal is to survive until dawn, when help may arrive.

At a first glance, you might dismiss this game for resembling tens of other similar ones with identical stories. However, Until Dawn is different from your next-door slasher game, being a big league title. Its most interesting and appraised feature is that the entire gameplay is center on the butterfly effect theory. Everything in the game is based on the characters’ choices, and the smallest of decisions can literally lead to their death or salvation.

Keep in mind that you have to manage eight characters and the anxiety feeling building progressively will certainly impair your decision-making process. Factor in the fact that there are hundreds of possible decisions and hence hundreds of possible outcomes and you will understand why the game will give you the rush of your lifetime. Since people can and will die based on a choice you made four hours ago in the game, the game feels like you are bathing in a waterfall of adrenaline.

The visuals of this game are so amazing you need to play it to understand their power of fully immersing you into the atmosphere. Some scenes are very quick jump scares, others are long, dragging true psychological torment and the visuals keep up the pace, offering you a masterpiece. From the mind-blowing level of detailing that will make Buffalo Bill want to move into the cabin to the perfection of the characters’ skin texture everything is realistic and brilliantly executed. We can talk about camera angles, color filters, CGI, and texture all we want, but you need to see them for yourself to believe them.

One flaw we noticed, together with others playing and offering an Until Dawn game review, is that characters don’t really blink in the first part of the game. It is a minor mistake, but still noticeable.

Just like the visuals, the score is nailed to a tee. If you wanted more horror and tension, the sounds are there to completely drive you insane or push you into overdrive. Balanced, scary, blood-pumping and adequate to the scenes, the sounds (and the entire score for that matter) is art-level, a good sign that Supermassive Games really knew what they were doing.

The only drawback to the game so far is that even if it is teenage-centered, it is definitely not recommended for teenagers and kids. The amount of graphic violence, blood, gore, and fear can shake even adults, so the game is off limits to the young generation. The game doesn’t address massive chunks of the players’ populations: you need to be a fan of the genre to appreciate it at its true potential.

However, if you missed a good scare and a very entertaining slasher story, you may want to give this game a chance for the heart beats and its intelligent story and choice-making backbone.