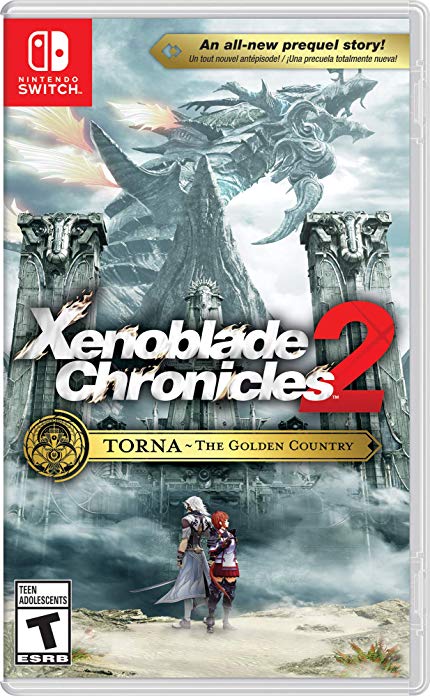 The last few years have given us some spectacular consoles and a new generation of games that dare to be weirdly impressive. But the Xenoblade Chronicles series seemed to lose momentum when it was combated with the sales of the release of the Nintendo Switch. This was immediately followed by the release of Legend of Zelda: Breath of the Wild. But on a more intimate note, the game itself also requires a significant amount of game-play in order to sufficiently explore all the things that it has to offer. This ‘underdog’ of JRGPs has an incredible world of its own to offer players who are willing to put the time in.

What is very welcoming about the Xenoblade Chronicles games is that they are set up like your average JRPG, both in navigational and combat styles. It also lets you progressively upgrade your chosen character, their attacks, and weaponry. As the consoles have evolved, Xenoblade was not far behind to accompany the Nintendo 3Ds, to the Wii U, and the Switch. Xenoblade Chronicles 2 takes you back to its familiar world as Rex.

Picking up companions along the journeys you take. Which unlock even more to explore and even more quests to conquer. In this Xenoblade Chronicles 2 review, we will compile information about the game and also compare it to similar games.

What Is The Xenoblade Chronicles 2?

The latest edition to the Xenoblade Chronicles 2 review metaseries, this JRPG continues a legacy of epic storylines, sci-fi action, drama, and fantasy. This edition navigates just about the same as the other games in the series and takes place in the same environment. On the planet Alrest, you begin as Rex, aiding a group in the salvage of a ship, they meet Pyra, the first of the various blades found in this open world game.

Thus your journey begins to unfold, discover a new place, seek out new blades, build your team, and upgrade all the things and items. This is basically a kooky mash-up of World of Warcraft and anime in a never-ending battle to save all you know to be real.

Xenoblade Chronicles 2 is an action role-playing game in the Xenoblade Chronicles 2 review metaseries. Developed by Monolith Soft and produced by Nintendo, released in December 2017. Downloadable content for this game is also available via the Nintendo EShop on your Switch. The DLC was just released in September of this year. The developers really put their heart and soul into every aspect of this game, big or small. Product is rated T for teen as some aspects of the game contain mature content.

For the sake of this Xenoblade Chronicles 2 review, we found the best deal on the game and it can be found, along with the other games in the series in stores like Walmart, Target, or Gamestop. Or for digital download or order online at Amazon.com, or the games official website for approximately $60.

Another remarkable addition to the Xenoblade Chronicles 2 review game series. Discover the open world of Alrest, find new blades, embark on new journeys, and build your ideal character and team. If you are willing to dedicate the time and effort, this game is playable for hundreds of hours. The more you play the deeper the story runs.

This epic addition to the Xeno series is played as Rex, a salvager asked to assist a group of companions. He comes across a blade in the form of a busty woman, Pyra.  Much like the other games in the series, you will explore, level up your character with experience, battle it out with your companions against any entity. Customize your battle strategies and discover new blades, powers, weapons, people, and busty chicks obviously.

If the storyline and characters are not charming enough for you, the stunning graphics in this game will absolutely blow you away. A strong resemblance to games like Final Fantasy and Kingdom Hearts, this game has it all. Breathtaking soundtracks, epic battles, gorgeous graphics, hilarious anime-like crude humor, and so much more.

Another epic RPG for the Nintendo Switch, Octopath Traveler offers a very unique graphic style called HD-2D. This actually refers to a 16 bit SNES style in HD. It defies all things we know of pixilated style games. Play as one of eight different protagonists with respective occupancies, each journey, and an additional attribute is unique to the character.

Octopath Traveler for the Nintendo Switch is proof that you can make a pixilated style game look just as visually striking as the average graphic style. Choose your own fate kind of game as you follow the story of one of the eight protagonists and their given attributes. You can also assign your character a secondary attribute which also affects your fate in the game.

Choose from eight different travelers and adventure to seal your fate in the open world of Orsterra. This epic choose your own adventure game showcases eight different protagonists, with eight different stories, occupancies, and attributes. Follow your chosen journey to the end, battle enemies and target their weaknesses, learn more information about things/people, and use boost points to add an extra strong kick to your attacks, cause a chain attack, or provide aid to other team members while in battle.

As we mentioned in the brief description of Octopath Traveler above, this game has a very unique style. It presents an environment of 16-bit 2D graphics in HD format and it is surprisingly gorgeous. One could actually compare it to the aesthetic of Minecraft with beefy shaders on. Who knew 16-bit could be so absolutely serene. IT suits its storyline and content flawlessly.

The extensive Dragon Quest series has stretched across several platforms over the years. This game is the sequel to Dragon Quest Heroes on Nintendo Switch, and we thought it was only appropriate to include it in this Xenoblade Chronicles 2 review. This, of course, continues the same age-old quest from the previous editions of the game.

The Dragon Quest series is back again with the Dragon Quest Heroes II on the Nintendo Switch. The same lovable group on another mission to save a once peaceful world from the destruction of war. Battle enemies and monsters of terrifyingly epic proportions. Go it alone or team up with four other players in cooperative multiplayer.

After a thousand years of peace and tranquility, the seven realms suddenly fell into conflict as if they had become controlled by a malicious force. Lead your band of powerful heroes in a quest to defeat evil and save their war-torn world. Variety of playable characters each having unique moves and attributes to use in battle. In addition to basic backstory to each of the Dragon Quest team members.

The graphic style of this game suits it well and maintains a certain atmosphere unique to the game itself. It also offers the art and vibrance of Nintendo with the strategy and complexity of an RPG. As an RPG it navigates well and menus are for the most part simple.

Last but not least is one of the more recent titles, an epic fantasy meets anime type of Japanese RPG from developers at Media. Vision and O-two Inc. and the publishers at SEGA. Follow the main character and other playable characters in action-packed battles and maintain relationships with different characters. Which is great for SEGA being able to readily keep up with the changing tides of game development but it may not be their best effort.

A new edition to the classic SEGA Shining series of games. Another game series that has grown with consoles over time and are available for the latest gaming tech. Re-mastered version is available for PS4 and Switch and offers new content upon purchase. Refrain offers an alternate story mode with a “what if” factor that dictates the multiple outcomes of the paths you can choose.

Playing as Yuma Ilvern, you and your friends must stop the Empire from exploiting the power of the ancient dragons, including her own power deep within her soul. Realize your destiny, tap into your hidden strength and do everything you can to save Astoria. In the Re-mastered edition you can finally play as Imperial Princess Excella and Dragonslayer Jinas can be added as party members and will also be playable characters.

The graphics in this game are by no means unimpressive, but in comparison to our previous selections in this Xenoblade Chronicles 2 review, it really doesn’t come close. Despite the number of ways to play Shining Resonance Refrain besides the Nintendo Switch, we just feel this game lacks the visual appeal of a console game. It feels and looks like you are playing a third person handheld game. But that could just be the way we see this particular title, it would truly depend on personal preference.

For this Xenoblade Chronicles 2 review, we explored three other titles that all share similar characteristics to the Xeno game series. They are all stories that have stretched through time as platforms have changed and evolved. and it is honestly quite comforting to see so many titles evolving instead of falling behind us. From SNES to PC and Nintendo Switch, the Xenoblade metaseries, Dragon Quest series, and shining series.

But the traits they do not share are what determines if they are worth a spot on your game shelf or in your library. Octopath Traveler is the only game that is not part of a series and basically has the least to offer in terms of story depth beyond finishing each of the eight set paths.

And for the sake of adding some variety to your RPG habits, Xenoblade and Dragon Quest offer the most in game-play hours and character progression. But if you are really looking to get the most out of your RPG experience, we highly recommend Xenoblade Chronicles 2 for the next time you get the itch for a submersible RPG. We hope this Xenoblade Chronicles 2 review has been a helpful comparison of these games characteristics and qualities.