After about 3 months of continuous Call of Duty Black Ops 3 gaming sessions, it’s about time we reviewed the latest title in the COD franchise.

It caught us off-guard. We were expecting a shallow game aimed only to amass wealth, but we were, fortunately, mistaken.

Black Ops 3 is a first person shooter that builds on top of both of them, and adds a refreshing direction that provides different, but highly-entertaining results. Yet, the money-grabbing is still at an all time high and to be frank, I got quite bored after the first 15 hours. 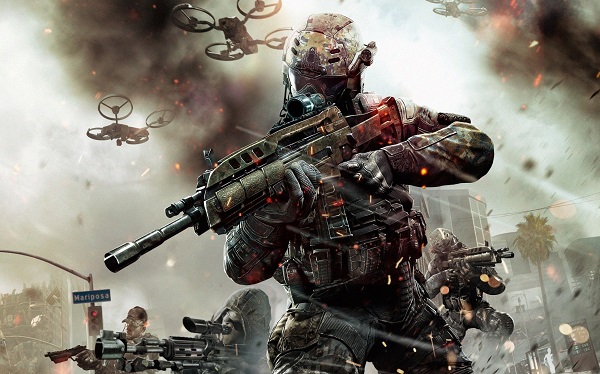 Specialists – that’s all that matters.

These are the soldiers that keep humanity safe from all kinds of peril – mostly robots and the occasional terrorist. Covered in armour made out of titanium alloy, and with an arsenal comprised of million dollar weapons in the double digits tier, Specialists are a force not to be reckoned with.

Each character has a power weapon, or a special ability of sorts. That special ability can charge itself several times over the course of a match. However, you can’t have both, and you’ll be forced to pick one of the two.

Take the Outrider, she can enter the battle with her compound bow called the Sparrow. It launches exploding arrows into foes and it obliterates a noggin in a matter of seconds, if aimed precisely. But if you aren’t a fan of the compound bow, you can choose to equip her Vision Pulse instead – her unique ability.

The Vision Pulse is for the more stealth-inclined and fearful gamer, as it reveals enemies through the walls, giving the upper hand in close quarters. 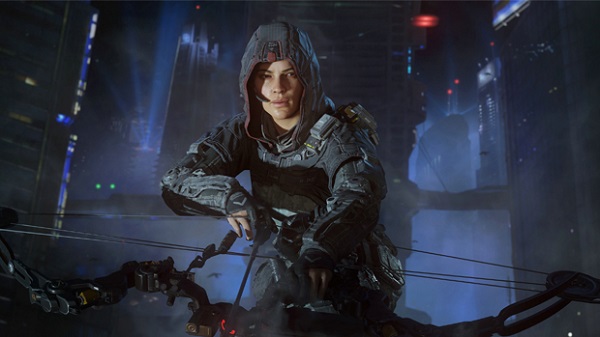 This is just one example of how Specialists changed the multiplayer experience, in a rather good way as it pleases both the action-packed gamer as well as the more patient, and careful player.

Out of the box, so to speak, Black Ops 3 provides access to just four Specialists. With time, and a lot of XP amassed you can too unlock Seraph and her one-shot Annihilator handgun.

Yet, this seemingly never-ending grind of a system can get boring if the player doesn’t fancy the abilities unlocked. Would you gather thousands of XP points, playing with a loadout that you hate just to unlock the next one that you might like?

I don’t think so.

The sense of discovery fades away, like it does in any other game, but because of the need to grind, it makes Black Ops 3 forgettable quite fast if you don’t know how to play in the multiplayer medium. Sure, the single player part of the game is fun and gaming with a buddy can clock a few hours on a drunken Friday night, but that’s not what Call of Duty is about. Well, not now, it used too though. 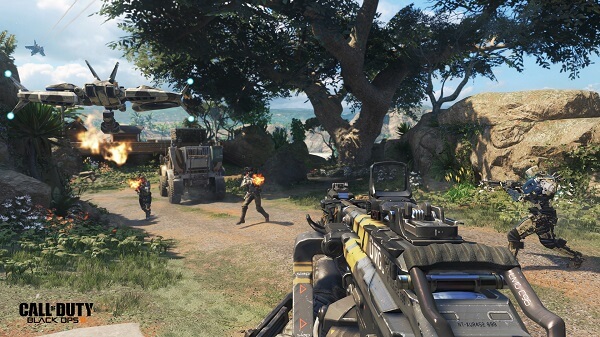 After 15 hours of removing head after head, of sliding through hallways and walking on walls, the lack of variety takes a toll. There are enough weapons to try and test, and customization options are plentiful, but it just wasn’t enough for my taste.

What I just adored, however, was Black Ops 3’s new Zombie map – Shadows of Evil. With four characters played by the awesome Ron Perlman, the juicy Jeff Goldblum, the scrumptious Heather Graham and the hey-it’s-that-guy Neal McDonough, it provides not only a bizarre zombie setting that bodes deep into a Lovecraftian world, but also a ton of enjoyment.

As much as it’s weird, it’s also tough. I seldom didn’t made it past round #3 in 15 attempts. But, Zombies are a learning experience, with patterns to discover, and a formula to be reached and after a couple of hours of sticking to it I got to round #6. 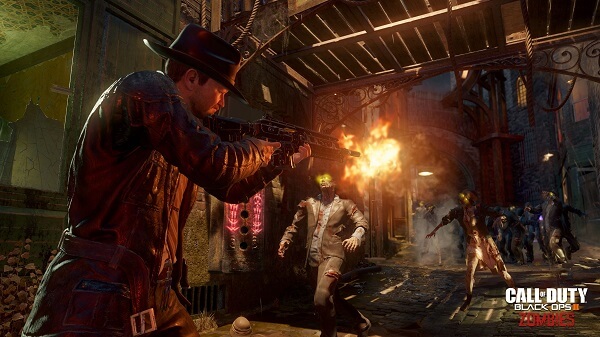 Speaking of a couple of hours of endless terror, let’s talk about the Campaign.

If you love aiming, shooting, reloading, and repeating everything like a professional robot, then you’ll have a ton of fun in the Campaign. The only great thing about it is the co-op element, but that proved to be shallow and disappointing as well.

The writing isn’t bad in any way, it’s just flat. Hey Treyarch, if you want me to care when a character dies, how about you make them actually resemble a human being and not a meat sponge. 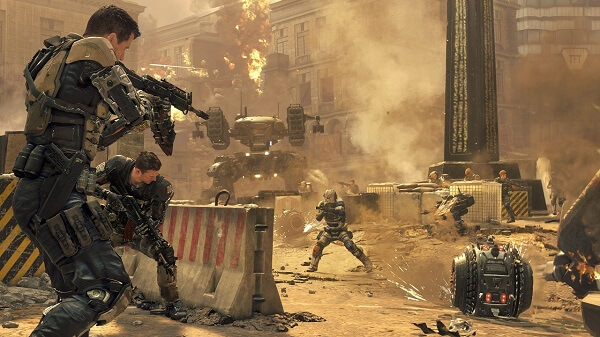 The first 15 hours of multiplayer matches put me on the edge of my seat and I just loved it. I got bored, but I see the potential in it. I despise grinding, but I do see it being beneficial and offering a balanced learning curve, a platform, if you will, to better understand how to use weapons and abilities.

I do recommend Call of Duty Black Ops 3, because playing a multiplayer first person shooter from time to time is tons of fun. Yet, don’t expect to top the leaderboards as there are some pretty talented gamers out there that will absolutely dominate your every move.

However, even though Call of Duty maintains its status of online shooter behemoth, the entire franchise seems to go downhill faster than you can say headshot.