Sony has just announced the list of PlayStation Plus Free Games for October 2015 which paying members can begin to download for free starting with the 1st of October.

European paying customers will have the opportunity to play Super Meat Boy, which will be making its debut on PlayStation Vita and PlayStation 4, along with Broken Age.

Kung Fu Rabbit and KickBeat will be available for both PS3 and PS4, as will Grip Games’ Unmechanical Extended, a puzzle adventure title.

Chariot, which is a physics-based platformer will be available only for the PS3. 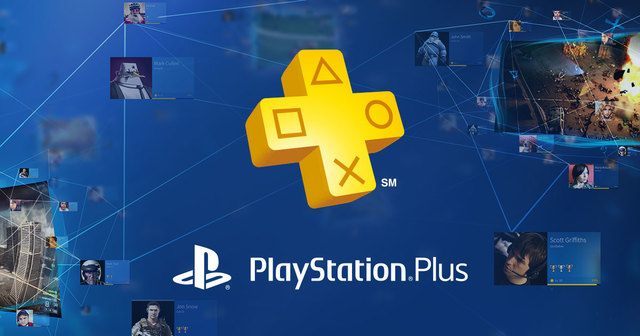 However, North American customers seem to have drawn the short end of the stick. While Sony has confirmed that Broken Age and Super Meat Boy will be available to paying subscribers, unfortunately, it has not mentioned any other titles.

Worth mentioning is that DriveClub, the PlayStation Plus Edition, which is a free racing simulation game, will be removed from PSN on October the 6th. Sony recommends that users download DriveClub so they can keep it in their library, where they can go back anytime they want to download it again. 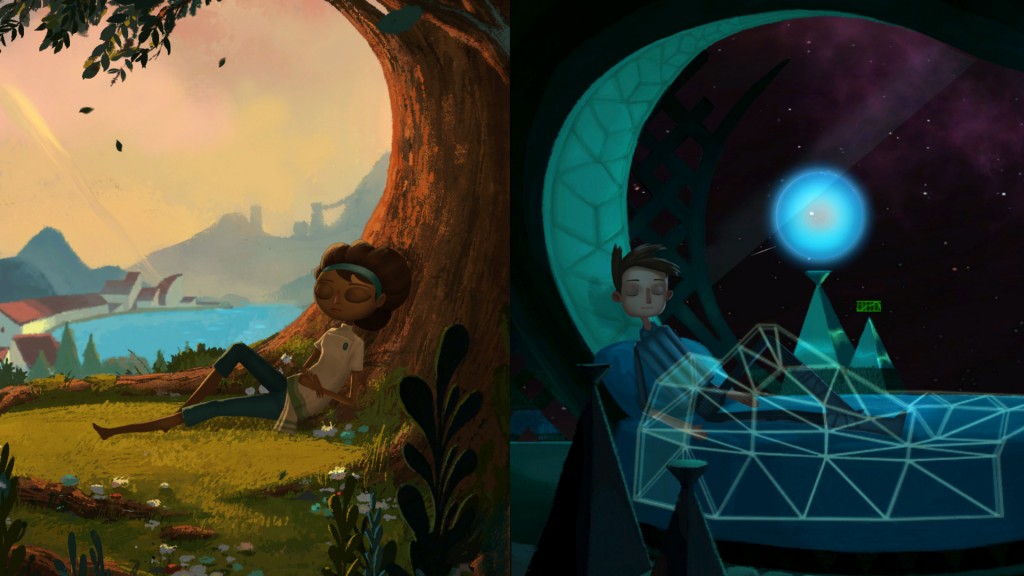 A blend of Monkey Island and Grim Fandango, Broken Age is a wondrous experience filled with puzzles and memorable characters. However, be prepared to do a lot of backtracking, a nasty thing that riddles the entire genre of point and click adventure games.

Yet, it has a superb setting that delves deep into a sort of Lovecraftian sci-fi premise.

It has two acts, the second one is tougher and longer than the first.

Frankly, it will push your brain to its limit more often than not. On more than one occasion I had to brainstorm to figure out a solution to a puzzle to eventually find out that I haven’t played enough with my other character and that I was missing information. 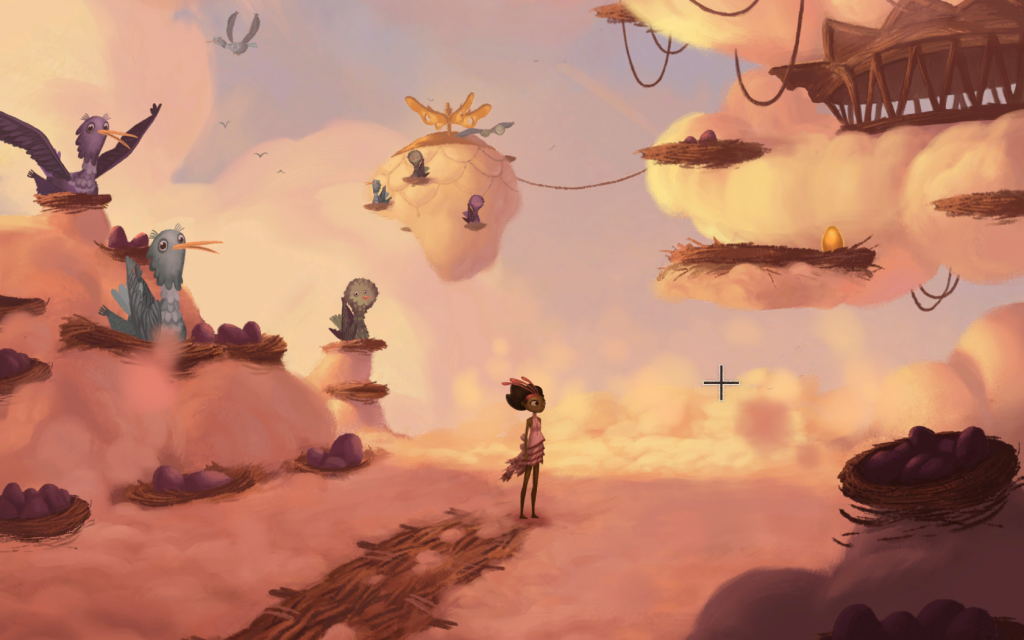 I won’t go into the story because it would be like describing the shape and functionality of your Christmas present. What I can do tell you is that Broken Age is Tim Schafer’s baby, and that should be enough to stir up your curiosity.

Don’t go in expecting Psychonauts writing, because you’ll be disappointed. This isn’t to say that Broken Age isn’t an exceptional title. 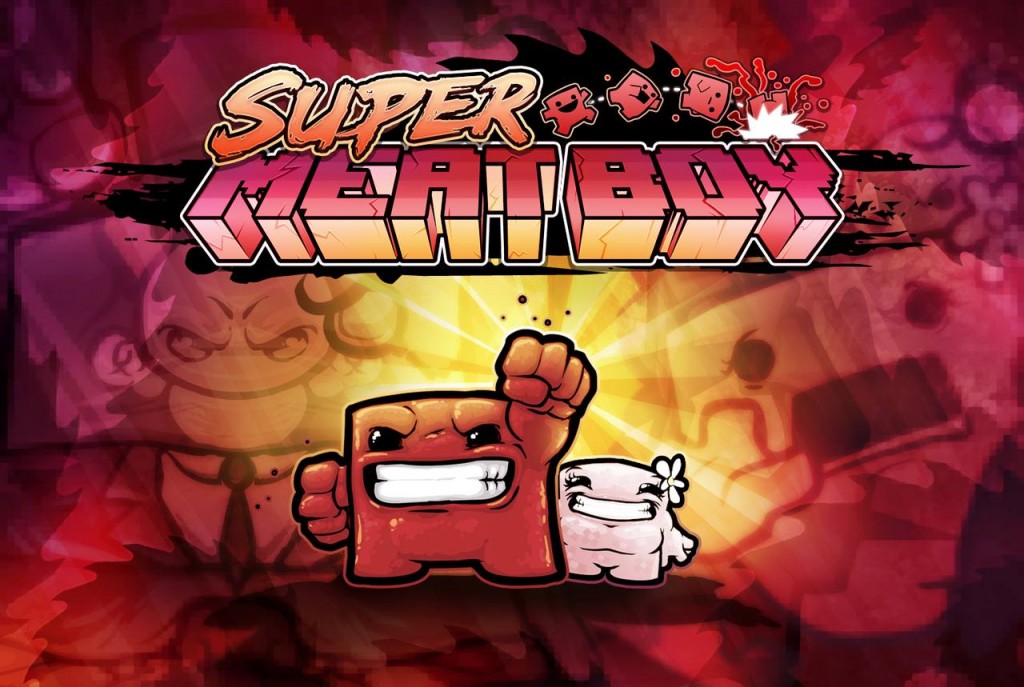 Super Meat Boy is a sublime platformer that poses as a huge challenge even for the hardcore 90s gamer. It has precise controls, jaw dropping art style and incredible level design.

It devilishly sinks its teeth into your brain’s pleasure center, and it makes his home there right after the first mission. Calling it one of the best 2D platformers to ever see the light of day doesn’t do it justice.

That intense adrenaline-based feeling you get when you miraculously squeeze your tiny avatar through sharp blades offers a sense of accomplishment once you arrive unscathed at the end of the mission. 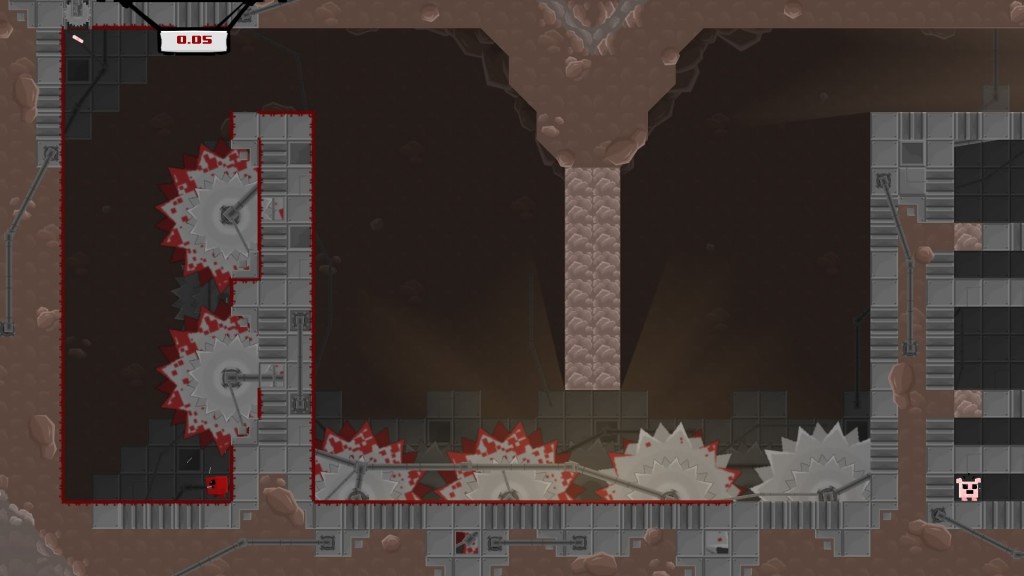 You’ll need to work for your progress. Nobody is going to hold your hand and tell you where and when to jump.

How Super Meat Boy moves onscreen will most likely get a huge grin out of even the most hardcore gamer. Execution is brilliant and Super Meat Boy is a more than welcome entry to the PlayStation Plus Free Games for October 2015 list. 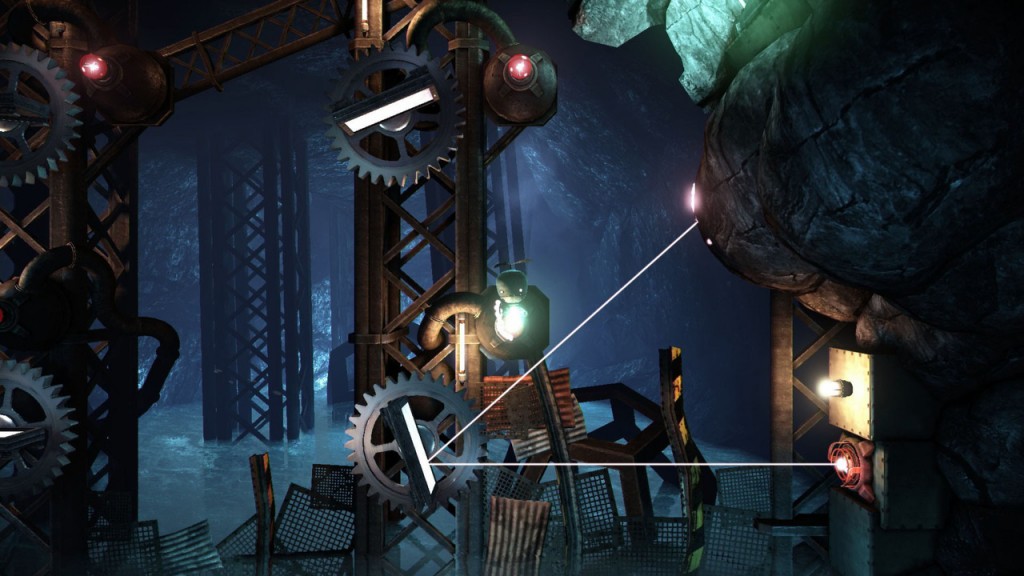 Continuing the trend, Unmechanical Extended is a simple puzzle games that feels gleefully fun. You could, in theory, play it with a standard NES controller, to better understand what the 90s were all about, thus immersing yourself even more into its unique play-style.

Unmmechanical Extended takes note from mundane and repetitive levels a la Simon Says, and extends itself further into clever and intricate puzzles that entail the use of different tools. 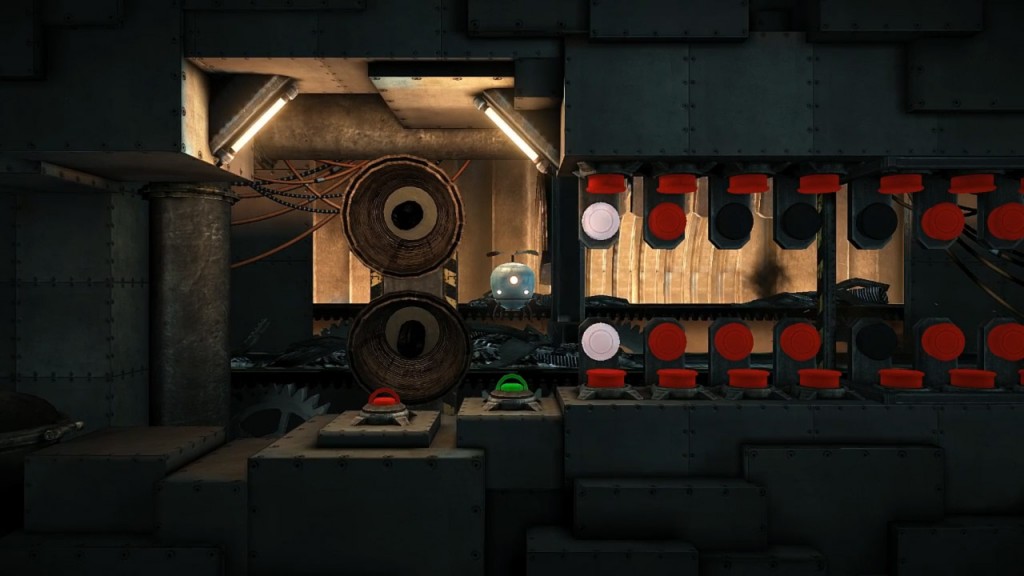 Pay attention to the virtually hand-crafted environment – you’ll lose track of time and just stare at the background trying to discover the story of it all. To be frank, the background really does give more insight on what happened. It’s a well thought method of conveying the game’s story without the narrative exposed via text or speech.

The bottom line is that Unmechanical Extended is a welcome entry in Sony’s PlayStation Plus Free Games for October 2015 list – it the end, it proves to be a cute and unforgettable experience. 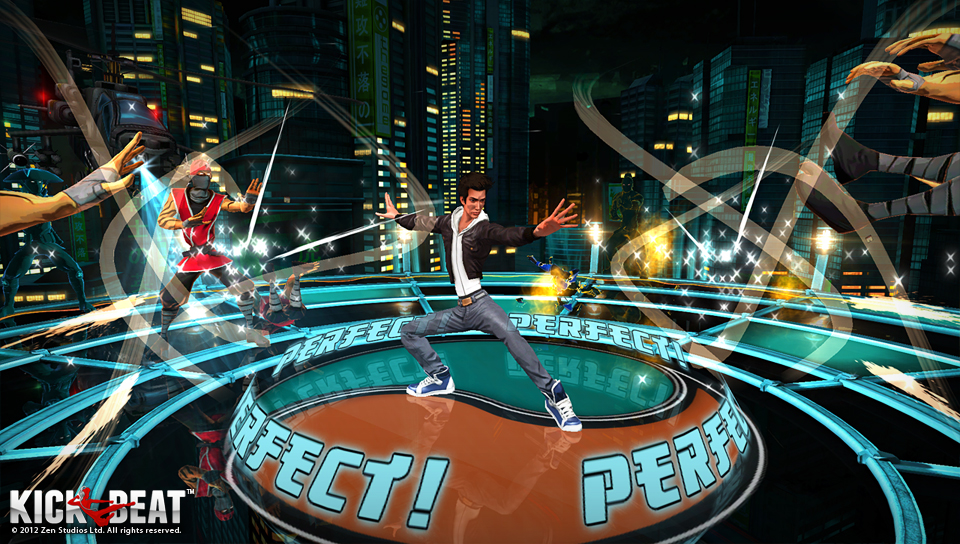 A forgettable experience, but a welcomed one nonetheless. KickBeat is a kung-fu rhythm infused title from Zen Studios. You probably know them as the creators of the super popular Zen Pinball games.

It’s way cheesy than what you first expect it to be, but somehow it complements the vibe that KickBeat radiates. You are Lee, an average Joe on a quest. Your mission is to grab a ball of pure energy which houses the spirit of every song that has been created and any other that will ever see the light of day. 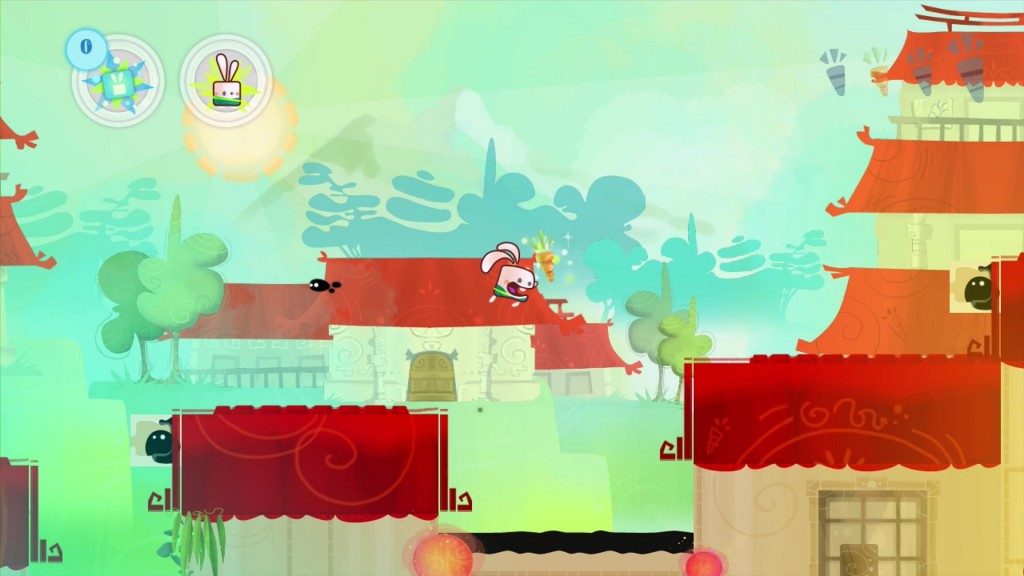 Kung Fu Rabbit makes its way to PlayStation from Android, iOS and the Wii U. It clearly takes inspiration from Super Meat Boy but with a more newcomer friendly approach.

Platforming feels pixel perfect, but not that responsive as in the previously discussed SMB. Yet, it does offer an enjoyable experience.

What I found to be utterly dull-worthy is that reaching the end of a level isn’t that rewarding as you would expect. It’s like a you’ve been following the literal carrot that sways back and forth in front of you only to find out in the end that you can actually reach it if you use your mind a little.

It isn’t that challenging, and probably that’s why it comes as slightly lackluster when compared to the grizzling Super Meat Boy.

Though, it’s still fun to play 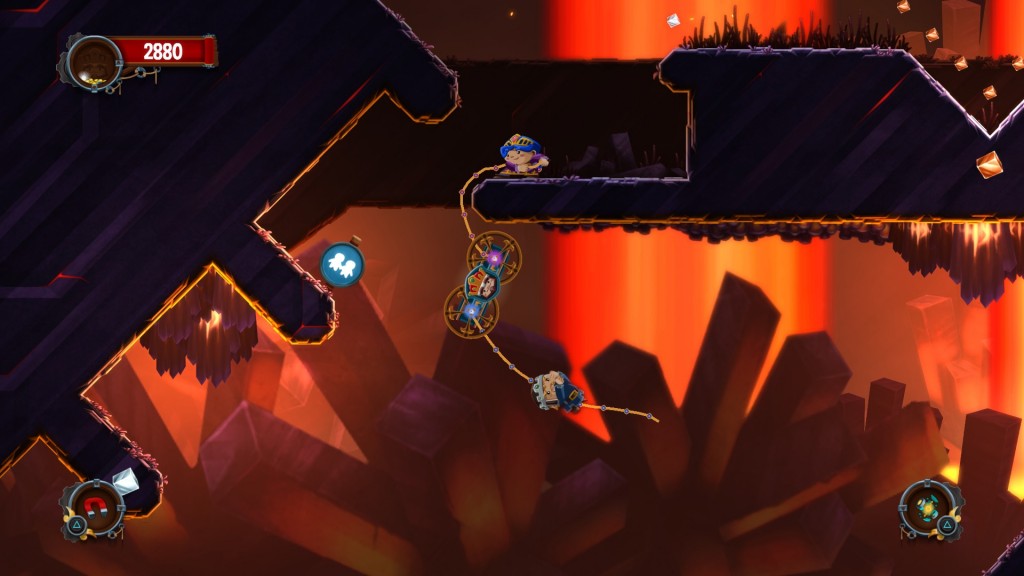 Chariot is a cutesy platformer that reminds me of a toned down version of Little Big Planet. While it is aimed at really young gamers, I found myself loving every minute of it.

It’s something about it that I really can’t put my finger on – I found myself itching to get my daily dose. Playing Chariot I realized what games are truly meant to be – “Above all, video games are meant to just be one thing: Fun for everyone.”, Satoru Iwata.

That’s it folks, that’s the list of upcoming PlayStation Plus Free Games for October 2015.