Satoru Iwata, Nintendo CEO who took the reins of the company in 2002, died this past Saturday (July 11th 2015). Iwata passed after a long battle with cancer. He will be missed.

Satoru Iwata wasn’t just your average business-man. He was a gamer at heart. Unlike his predecessor, Hiroshi Yamauchi, Iwata actually played the games his company made. Why wouldn’t he? In 1980 he was an aspiring game developer, and somehow, fortunately for us, he fell in love with gaming.

I don’t think I will ever forget the words spoken by Satoru at the Game Developers Conference that took place in San Francisco, California, in 2005 – “On my business card, I am a corporate president. In my mind, I am a game developer. In my heart, I am a gamer.”

He was placed in charge of Nintendo at 42. Some thought that the relatively young CEO couldn’t bring back Nintendo to its glory days. But, Satoru Iwata proved everyone wrong. He managed not only to bring Nintendo back on tracks, but also gained a brand new cult following in doing so.

All credits go to http://soyungnomo.deviantart.com/

For the majority of game developers and publishers across the world, game making is just another means to make money – I’m looking at you EA, and Ubisoft. For Satoru Iwata, it all seemed like art. An art that he enjoyed so very much.

The game creator who put Kirby, the lovable puffball, on the map (along with Ballon Fight and Earthbound), Satoru Iwata loved being in the gaming industry. Additionally, he loved giving others the tools to play fun and refreshing games.

Satoru stood against conservative strategies. He was aware that if Nintendo was to shock and awe the ballooning gaming industry (and more importantly the new generation of gamers) the company had to bring something new, refreshing, and original to the table. Just as they did in their glory days.

“If all we were to ever do is just continue to make sequels and not do anything new or different, people would view us as a very conservative company and a company that is unwilling to really take new initiatives and embark on new adventures. That’s not the type of person I am and not the kind of company I want Nintendo to be.” he told Kotaku in 2006.

In a 2006 interview with Satoru Iwata, he seemed to miss being a video-game creator, and he was hinting that he might helm a new title. Unfortunately, it never happened. “Recently I have gained a little bit of interest in getting more involved in game development again.”

What he did was publicly revel in the geniuses that worked at Nintendo – he was the most loved CEO the company has ever had. Iwata maintained a close relation with Zelda, Mario, and Donkey Kong-creator Shigeru Miyamoto. He was known to have long lunches with Miyamoto where they discussed everything game-making related. 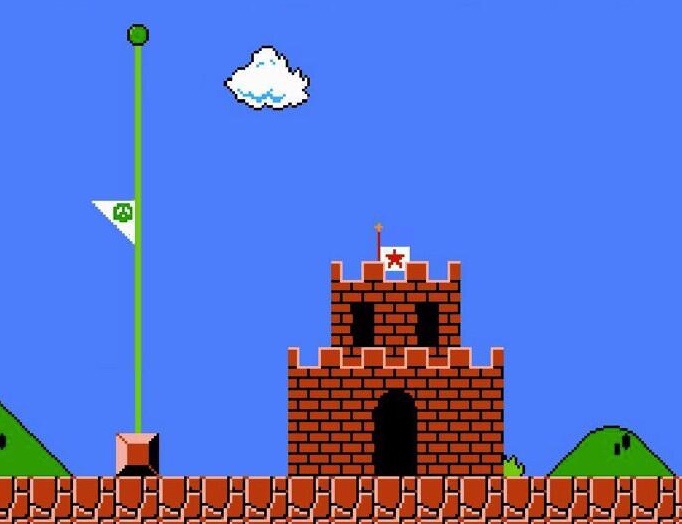 Flying the flag at half staff

Before the launch of the Nintendo DS, everyone thought the company was doomed, but with Satoru Iwata, the company has seen a golden-age. An even bigger event in the company’s history was the Wii hit that cemented Nintendo’s position in the gaming industry as one of the companies that is here to stay.

The DS and Wii were worldwide hits. Rumors that Nintendo was on a downhill ride to nowhere were immediately cast aside.

He lamented about Nintendo employees who weren’t keen in playing games, and he pondered why people across the world don’t do so more. This was just before the Wii Sport Tennis announcement – ” When people see what we have to offer at E3, they’re going to understand that that wall’s been broken down and we now have created a system that’s going to allow for a much, much larger user base than any system we’ve seen before.” 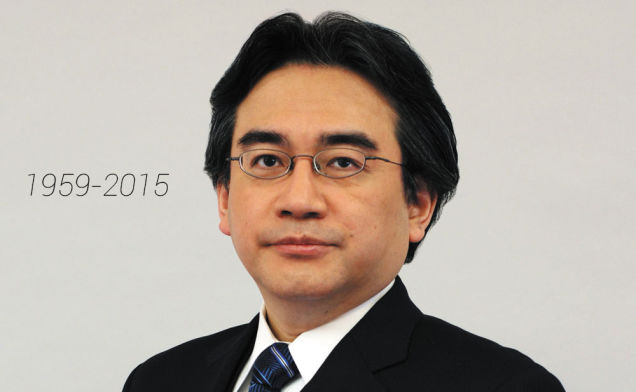 In 2012, predictions had it that Apple would destroy Nintendo with their new handheld gaming strategies, but Satoru Iwata, serene as always, and with a calm, and sweet tone, replied to interviewers’ in a reassuring matter that Nintendo was there to stay, and they were doing their very best to ensure that the company wouldn’t fall under newcomer to the gaming scene Apple.

When talking about Nintendo’s social media service, the Miiverse, Satoru look at the new platform as a new way that gamers could talk to each-other, just like they did, back in the day, when they huddled up at a friends house, and discussed strategies about how to pass that Zelda dungeon. 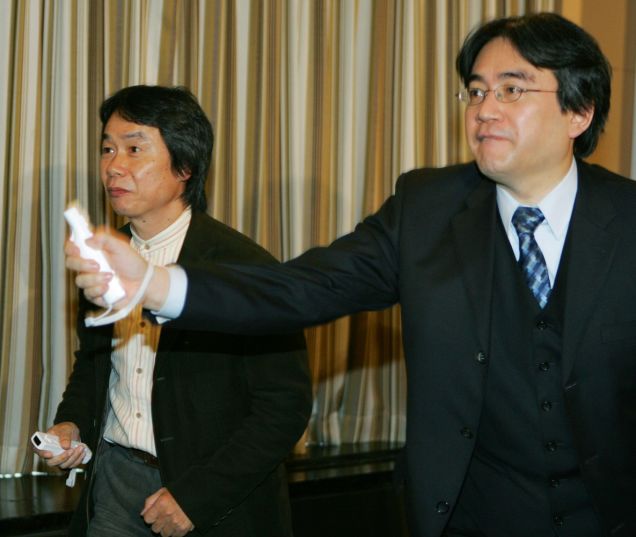 And that’s exactly the thing that made Satoru Iwata so loved – he always looked after gamers, and he was on a constant quest to improve the gaming experience for new-comers, and veterans alike.

Investors were more skeptical of his view, of his vision of what Nintendo should be, but he fought them off, and ushered Nintendo from a golden age, to another.

You can’t possibly not look at Satoru without a feeling of respect – he steered Nintendo from the well received, and pretty successful Game Boy Advance, to the insanely behemoth of a hit that the Nintendo DS was. Iwata remained calm on his positions even after the GameCube was dead, and gone. 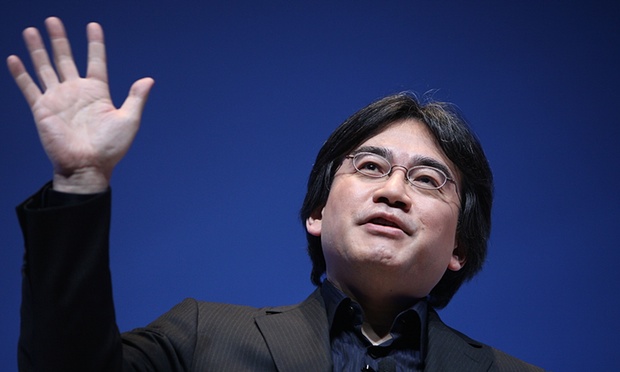 You didn’t see him lick his wounds in public, you didn’t see him whine about the universe not aligning just right for Nintendo. No. He went back, and he brought us the Wii – which was a worldwide phenomenon.

I remember my first time playing Nintendo’s new console, the Wii. I was so astounded by the fact that something that was meant for casual gamers, felt so appealing to me, what I thought at the time of being, a hardcore gamer.

In a way, Satoru Iwata helped me grow as a gamer, and as a human being. His speeches, his Iwata Ask series made me realize that the gaming industry isn’t all about who has the most stunning graphics, nor who has the best storytelling – it’s all about how much fun you can have.

Satoru Iwata is one of the key players that steered gaming to what it is today. 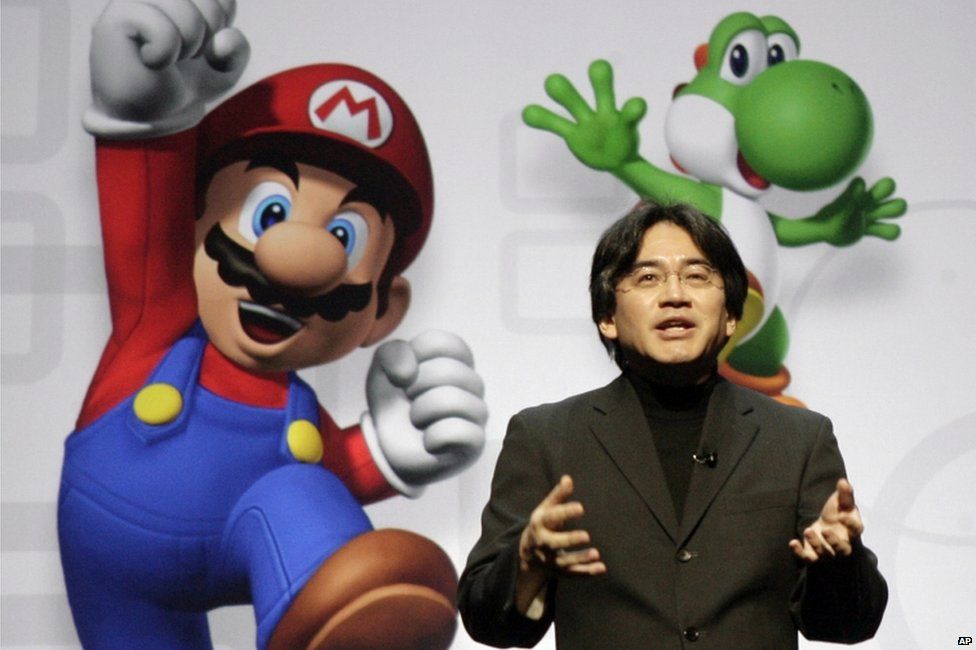 On July the 11th, I experienced a sense of dread. I was shocked. I never thought that it was possible to feel so empty, because a man I never knew, a man I never had the pleasure to talk with, met his untimely demise.

He missed the last couple of E3 events, but recent news portrayed him as a survivor, as a champion that fought nature’s laws, and won. Recent pictures showcased the fact that he was gaining weight, and recent interviews showed us, the gamers, that he was on track on bringing another revolution to the gaming industry.

Satoru Iwata just recently announced Nintendo’s alliance with a mobile gaming company, and that the big N was bringing their library of games – not all of them though – to all the mobile platforms. He was keeping up with the times, and more importantly, he was listening to the community, and the community wanted to play their most loved Nintendo games on smartphones.

As a farewell to a man that marked my gaming existence, and not limited to it, I respectfully bow down. Rest in peace, wherever you are Satoru Iwata.