We were all probably very excited in the past few weeks about the Warlords of Draenor expansion which was set to be released on November the 13th. Of course, we can’t know every game out there so our portfolio of the games we’ve tried or which we enjoy is bound to be reduced to 20 or maybe 30 games total, but who doesn’t know the great World of Warcraft franchise these days? You must have lived under a rock for the past 10 years or so if you don’t know this highly successful Blizzard MMORPG, with a pool of subscriptions as numerous as the population of a medium European country. World of Warcraft was initially released by Blizzard Entertainment in 2004 and has basked in great popularity more or less ever since, with about 10 million active accounts at all times (playing the game requires an active subscription) and 100 million accounts having been created over time. With these figures, the game even holds a Guinness World Record as the most popular MMORPG by number of subscribers, so it must be doing something right. 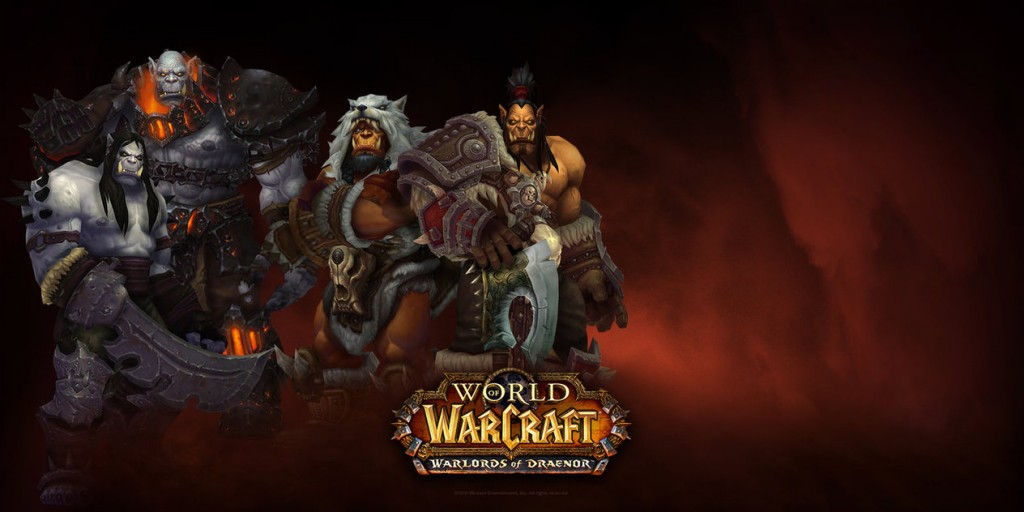 Over time, the game has released four expansion sets which enabled players to experience new game content, level their complex characters and to take their adventures further to new lands. Each expansion was released at about 2 years distance from the others, and the most recent expansion, Warlords of Draenor, was the fifth. If you haven’t managed to upgrade your account yet and you’re wondering if the expansion turned out to be everything the fans hoped it would be, the answer is that yes it was, and even more. 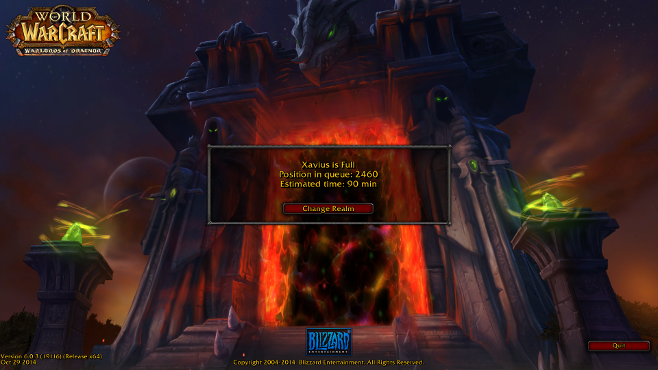 The queue for Warlords of Draenor play

The first few days of the Warlords of Draenor release were a bit bumpy, because everyone subscribed pretty much pre-ordered the expansion and had everything already installed, the starting gun being all that was left between them and the new content. The problem was that the mass of players awaiting this starting gun with the expansion already installed and good to go was way larger than Blizzard expected it to be (they haven’t seen as many subscriptions from Catacylsm, the game’s third expansion), and that huge mass of players online at the same time kind of clogged the servers. People were either unable to log on to the server hosting their character due to a very long queue (pictured in the screenshot above), or they experience such a high LAG that it made the game unaplayable.

Even if the players were initially outraged of these issues, given how long they have waited for the Warlords of Draenor release, the explanation for the problems lied not only in the sudden high population on the game’s servers, but also in a series of DDoS attacks on the game right on the day of the release. Fortunately, the problems have now ceased, Blizzard has invested in hardware to be able to double the population of the servers which were experiencing problems, and the DDos attacks have been counteracted as well. Everything seems to be running smoothly now and the fans are happy; the people who were unable to play because of these issues have been rewarded with free game time for their patience, so everything is good.

As far as content goes, the new Warlords of Draenor has been as success in this respect as well: players are happy to discover important figures from the past of the Orcish and Draenei races, including Durotan and Draka (Thrall’s parents) and interact with them as they uncover and reenact the legendary past. This time-travel twist in the Warlords of Draenor expansion was about the cleverest move Blizzard could have come up with, as it enables players to live moments and events which are revered as legends in the current game lore. All in all, the expansion release was definitely a success.