A few days ago we talked about how excited we are about the upcoming Warlords of Draenor World of Warcraft expansion, set to be released in just a few weeks, on November 13th. But before the new expansion pack comes out and everyone gets too busy exploring the new world, let’s take a few moments and reminisce about what we loved most in the previous expansion set. 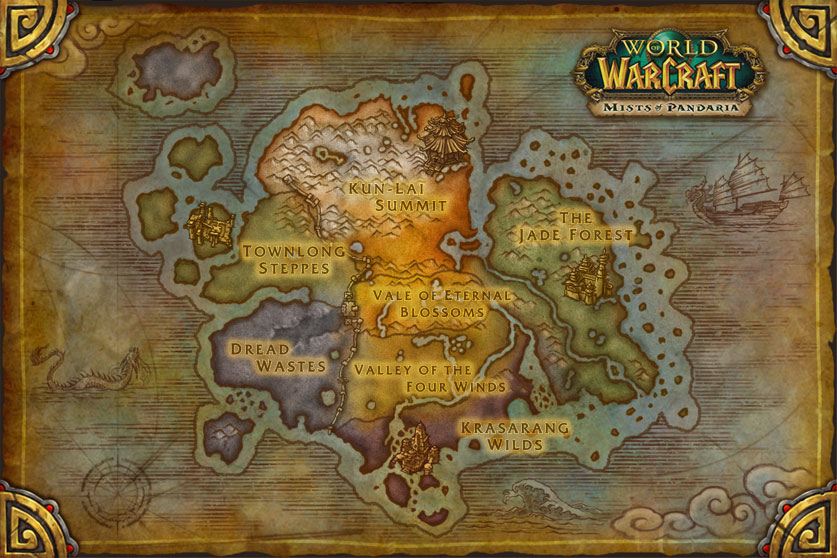 We first started to explore the mist of the new panda continent with the release date of the WOW expansion, on Spetember 25th 2012. There was also the option to play the trial version for free initially and then make up your mind whether you want to buy it or not, but most hardcore players wanted to create characters of the new race right away, so the free trial was out of the question. As a note, if you don’t care about playing a new expansion right away or if you’ve just started playing and you still have plenty to explore in the old world, you can wait for a few months until the expansion set is on sale (or until a time when you can get it through a private sale). That way you can buy it online and download it for a relatively cheap price (or at least a substantial discount). Then, get the game key (the unique code inscribed on the CD) and install it – the game will basically treat the expansion set as it would an upgrade.

Usually, after an expansion isn’t that new anymore, you can get a good deal for it on Amazon or Gamestop and buy it for a much lower cost, and it will eventually be included in the base game for free (a repack process), a month or so before the new expansion is scheduled. For example, Mists of Pandaria is included for free in the base game since the beginning of October 2014.

Technicalities aside, let’s go on with the review for the expansion. This is what we loved about it the most (and look forward to similarly awesome things with the new one as well):

–          How overcrowded the servers suddenly are (no, really). It’s an awesome feeling to see your server come alive with a lot of previously dormant players, gathering for the new show.

–          How previous alliances between factions come undone and new ones are forged as the world’s events unfold. (For example, how Garrosh is the leader of the orcs and of the Horde in the beginning, only to become the end-level boss in the end). The awesome rewards for gathering reputation with some of them (the monks, in particular, if you’re a hunter).

–          The possibility of growing all those beautiful veggies to cook with at your own private farm.

–          Everythng new you could do in terms of professions: the new world’s herbs for alchemy, the engineering and especially the archaeology projects. We could even craft heirlooms to pass down to lower level characters now!

–          The wonderful digital music inspired from the Far East – for the first time the game’s own soundtrack was good enough to focus on war to and we didn’t need our own music to play as a background.

–          The new level cap, of course! That always does the trick. When we finally did level to 90, past expansion instances were also easier to solo and so on (for the players who care about achievements and such).

–          Although the expansion only got a 4.2 score on Metacritic in the U.S. we think it deserved more. It was our favorite expansion after the Wrath of the Lich King and we can only hope the upcoming Warlords of Draenor will compare to either of the two.

For an awesome cinematic portraying the mist, watch the expansion’s trailer here (in case you haven’t already).

For a gameplay guide on how to handle the Mists of Pandaria world, here is a WOW Wiki link of resources with all the requirements, quartermasters, lore, character changes, instances, treasures, gems and rares (pets and legendary mounts) you could possibly want.