Halo managed to spark my curiosity back in 2001. I remember that I was gifted an Xbox, and didn’t really know what to do with it – being a PlayStation groupie and all. A friend of mine recommended me Halo: Combat Evolved, and immediately as I started it up I got sucked into its incredible universe. For more than half a year I was religiously playing Halo with my friends – all of our weekends were booked, and there was little to no time for other pleasantries such as socializing with different people, and even eating.

Yet, my love for Bungie’s shooter has faded throughout the years. The campaign isn’t thrilling anymore, and its multiplayer counterpart seems somewhat stuck in the past.

It’s still an all right game, but I can’t shake away the feeling that Halo is just a mere shell of its former glory.

You can check our Game Deals and Promos page if you plan on buying the new Halo 5 Guardians, and bookmark it for later use so you never have to pay full price for a game ever again. We recommend you buy Halo 5 Guardians from Amazon, Best Buy or Walmart.

Halo 5 Skull Locations and Guide on How to Get Them

Halo 5 Guardians is available solely on Xbox One. It was released on the 27th of October, 2015. Developed by 343 Industries and published by Microsoft.

Check our Halo 5 Guardians Review below to catch a glimpse of how it’s like being a super soldier.

Unfortunately, Halo 5’s main story is an utter disappointment. Regardless if you’ve played past games or not, the narrative will make you feel so lost and confused that you won’t even bother to find the missing pieces of the puzzle.

Given, it has loads of lore from web series, to comics and even shows, it’s pretty hard keeping up with the backstory. But I wasn’t expecting this kind of screw up.

The premise is that Master Chief has gone AWOL, Jameson Locke has been sent to find him, and the Forerunners are still the villains of the franchise. Everything else is either not making a lot of sense, or any, to be frank.

You’ve got 15 campaign missions wrapped around the concept of fireteams. Meaning that you will always have three other A.I super soldiers following you around at all times. You can either stick with them and bask in your Commander role, or get a a couple of friends to join-up.

However, and I don’t quite understand 343 Industries’ decision – Halo 5 Guardians doesn’t have split-screen co-op. It’s downright a crime to not implement one of the greatest features that made me just love the game as a child. Sitting with my dad and friends on the couch and going through the game was a marvellous blast, and I bet I’m not the only one to have fond memories of co-op mayhem with loved ones. 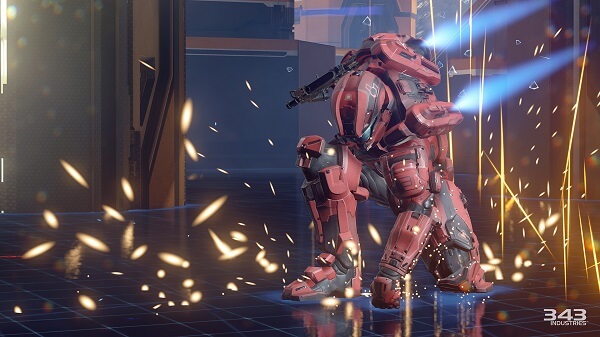 The developer says that the decision was based on ensuring that Halo 5 will run, at all times, at 60 frames per second. I really hope it proved to be a profitable choice, because I know they’ve lost a lot of fans.

Removing the traditional Sunday morning Halo gaming session with friends check. What’s next 343 Industries? Getting rid of Master Chief all together? Don’t you dare!

What I enjoyed, however, is that even though Halo 5 comes with an infused Call of Duty linearity for level design, and the odd tiny sandbox or middle-sized arenas, it’s quite fun. There are a ton of weapons to choose from – considering that you can pick between Forerunner, Covenant, and humans. There is a learning curve, but it’s satisfying when you get it right. Not incredibly satisfying, but a feeling of is there.

Moving passed the hideous nonsensical campaign, we get to talk about the multiplayer.

While, it’s not bad, it’s not great either, thus making it really boring after Halo 5’s novelty wears off. Mainly because they haven’t changed much. The core gameplay mechanics are still there, with a few added features, but they didn’t make this veteran’s day.

Warzone I liked. You have 24 players – 12 on each team; fighting each other, with the A.I changing the tide of battle. Sure, 24 people on a battlefield is by no means a huge amount of players, but it’s quite fun and not as chaotic as Star Wars Battlefront. Admittedly, the latter has bigger maps, but in close quarters things get a little bit infuriating. 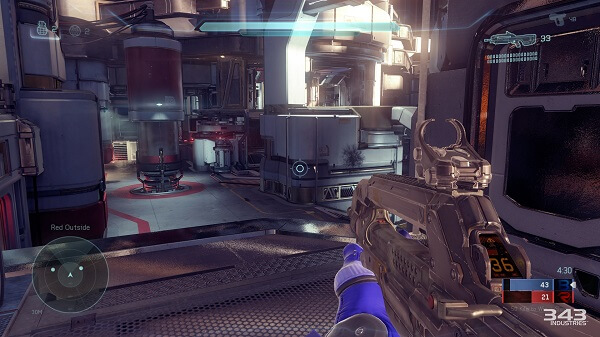 343 Industries have said that they will be adding new free content in 2016. All of the multiplayer DLCs will also be free – this means new maps, new weapons, probably even new game modes as well.

Which is quite fantastic, considering how much you end up paying for multiplayer content throughout the year on your average game – I’m looking at you Star Wars Battlefront.

One last thing I have to address before we can move towards the verdict is REQ microtransactions. They don’t really impact the experience as a whole, and you can still get them if you normally play Halo 5, gradually, but slowly, amassing in-game currency to buy cards. 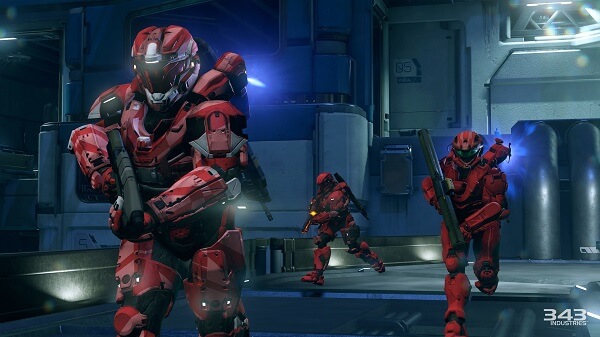 Overall, it’s  not as fun as it used to be. Bungie got out when they felt like they’ve hit a dead end. Tweaking a few things here and there won’t shed a new light on Halo. Things have to be either reshaped from their core mechanics, or bring forth that sweet nostalgia vibe with guns blazing.

It’s still a cute game, but nothing that will make you come back time and time again and considering how they butchered split screen co-op you can say goodbye to those long-time traditions.