The Unravel game is one of the most quirkiest looking puzzle platformers we’ve ever laid our eyes upon. Unfortunately, it’ just that, and while the game unfolds, you quickly realize how poorly knitted Unravel really is.

Developed by Coldwood Studio, Unravel is Martin Sahlin’s, the studio’s creative director, somewhat personal project. When he took to the stage during E3 2015, with shaking hands grasping a woolly doll, he introduced the main character of Unravel – Yarny.

It’s beautiful, I have to give it that, but its platformer mechanics don’t just come out as frustrating, after everything is said and done, they are dull and flat as Steve Harvey’s jokes.

The Unravel game is available on Windows, PlayStation 4 and Xbox One. You should buy it from our recommended retailers Origin, PlayStation Store and Xbox Store. Unravel costs $19.99.

Read our Unravel Review below to see if it’s worth buying. 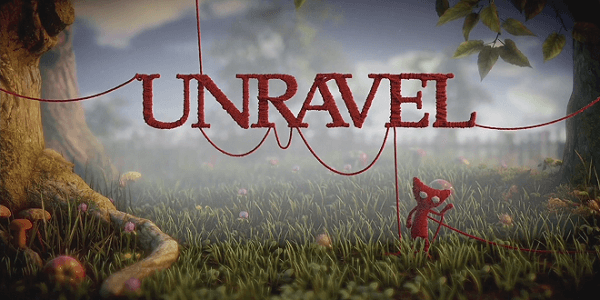 In Unravel, you’ll be playing as Yarny, who is part of a yarn monster that spends his time wandering around people’s memories, and collecting them for God knows what reason.

You enter memories via photographs. Yarny is always hooked by something on the left side of the screen, leaving a trail of wool wherever he goes. Gradually getting thinner as he moves forward, and solves puzzles. You pick up balls of wool to have more resources to advance and finish the level, as well as create new checkpoints so you can respawn closer to the place you’ve died. And trust me, you’ll die a lot!

While you explore memories, you’ll need to snag your yarn onto points marked by a scrap of red wool. Doing so, you will create trampolines, bridges, rope swings and tow ropes that let you move to the next area. But, be careful how much yarn you use, because you have a limited amount, and when it’s all used up, you need to retrace your steps and find new ways to get passed a ravine, or solve a puzzle. 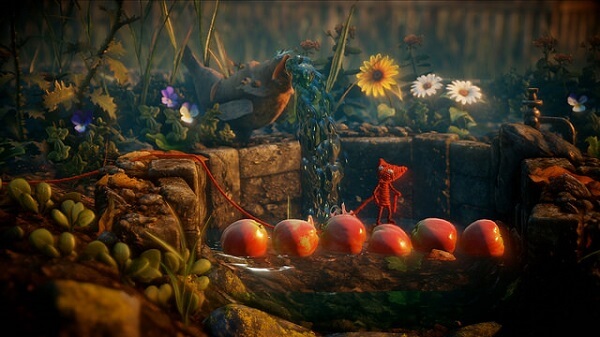 Coldwood notes that via Yarny, you’ll be mending broken bonds, tying up loose ends, and reconnecting with the things that were once part of you. Despite Yarny’s weak, and fragile figure, he is able to overcome every obstacle that’s put in front of him through persistence, cleverness and courage.

However, I didn’t really get that feeling.

It starts by you watching how an elderly woman looks at several pictures, and afterwards heads to her room upstairs, with her knitting basket. Indeed, the air is filled with nostalgia, and melancholy fragrances, and it perfectly conveys that not all memories are pleasant, but sometimes, as Pixar’s Inside Out perfectly puts it, it’s okay to be sad.The old woman doesn’t seem like she’s struggling with keeping these memories, nor does she seem to need any help in gathering them up.

When you start the game, the photos in the album are blurred and foggy, crumpled up in a way, and other frames don’t have any pics in them. There’s something missing here, as Unravel doesn’t really explain how they disappeared. I may be nitpicking, but I would have liked some backstory. The mystery vibe just doesn’t cut it for me. 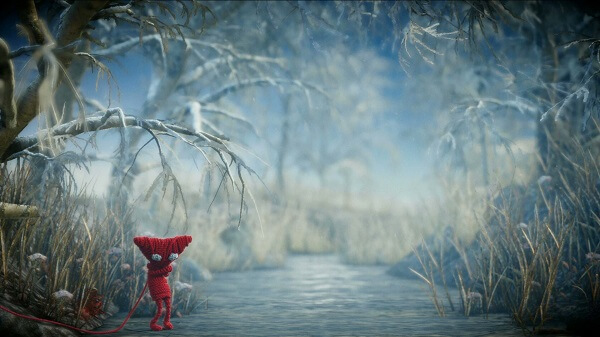 As you complete levels, Yarny gathers the essences of these ravaged photos and amasses woolly motifs. Each motif you manage to get back to the album shapes up the story in a gleefully manner. Yet, the story told by the album isn’t really coherent. There are a lot of family moments, which make sense, but there are also loads of references to personal tragedy and work troubles. Having a photo album with memories from holidays is a natural thing, but who in their right mind snaps a photo when the family goes through an agonizing moment?

Moving forward to the gameplay, mechanics are more intriguing but they don’t live up to their potential. As a matter of fact, the end result is a flat mess. The visuals are indeed spectacular, with Yarny being adorable as a button, and the accompanying music nests that nostalgia and dream-world chasm. We were disappointed that platforming, and puzzle elements where incredibly dull.

After the first 30 minutes, you’ll be on autopilot, reacting to the cues on screen, with nothing new to do. 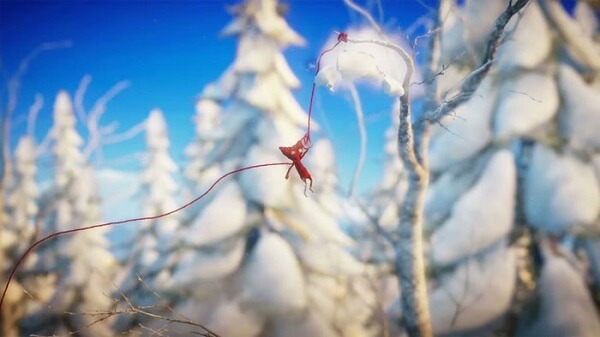 You don’t learn any new abilities, and there is nothing to unlock in Unravel. There are a couple of times where the game does something out of the ordinary with puzzles, putting the player to think of new ways to use Yarny’s wool to get to the next level, but nothing memorable.

The atmosphere is great. The story and gameplay elements, not so much. This puzzle platformer falls short in every matter that the genre is based upon.

I don’t recommend the Unravel game at full price. When it’s half price, and most likely it’s going to be discounted by EA, then you should consider buying it.