Subset Games developed and published Into The Breach independently. They are the same folks behind the extraordinarily successful, FTL: Faster Than Light. Into the Breach was first released for PC via the Steam platform and then was later made available on Mac and the Nintendo Switch; further plans exist for a Linux version. In this Into the Breach review, we will include information on the storyline and setting, technical requirements, and comparisons to other similar titles.

What Is Into The Breach?

Released in 2018, Into the Breach is an exclusively single-player game in the turn-based tactical strategy genre. Its small-scale 8×8 battlefield grids and retro graphical style are more than a little reminiscent of Advance Wars, and so its appearance on the Nintendo Switch is appropriate. It is specifically designed so that individual engagements can be played out quickly (usually only about five turns), thus giving it the feel of a mobile game. The maps, goals, and enemy configurations are random, so the player will never play through the same scenarios twice, leading to an exceptional level of replay-ability. 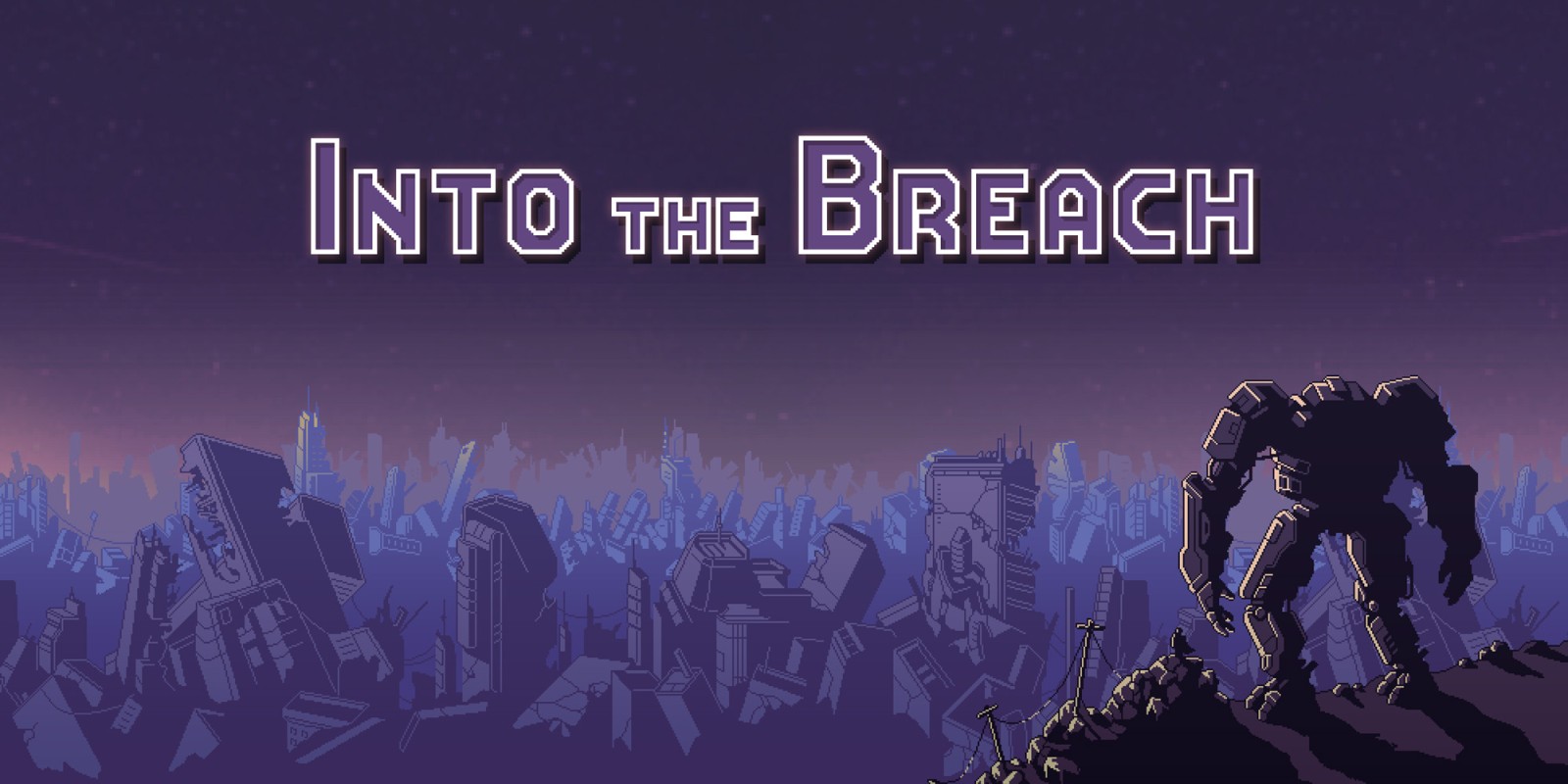 No Into the Breach review would be complete without an overview of the storyline and setting. While the backstory is hardly extensive, one can sum it up by saying that the player is charged with commanding three mechs in face-offs against insectoid enemies called Vek, who are trying to conquer the planet. The game plays on four separate islands on the planet and has its own mix of terrain obstacles to contend with.

The Vek seem to always appear in larger numbers than the player’s modest mech army. However, the player has the power to jump back in time and begin the battle anew if things go wrong; this is the explanation for why the maps are randomized with each playthrough since it takes place in a different time.

As earlier mentioned in this Into the Breach review, the game is played out on a series of ever-changing 8×8 grid-fields. Each turn the player moves his mechs or issues attack commands against the Vek. Each mech has different abilities, additional equipment is available to purchase, and new mechs are unlockable later in the game. What sets the game apart from others in the genre are the time-travel portals (breaches) on each battlefield, and that the player can see what the enemy is planning a move in advance (wouldn’t it be handy if they had that feature in chess?).

Few would argue that this is an easy game. More than one Into the Breach review out there has mentioned that even the “normal mode” (out of three levels) will leave many players in a sweat. A tutorial is included, but it only offers instruction on the mechanics and has little to contribute regarding strategy. Many will find it necessary to play through the whole game on “easy” before finding much success in the harder settings.

For the PC players out there, this is an old-school style title with very low requirements. The developer specs only ask for a 1.7 GHz CPU and a gig of RAM. The memory requirements for Switch are likewise very modest. Fear not; this is a game that will easily run on older machines.

Into the Breach is a reasonably priced title. It was released with an initial MSRP in the United States of $14.99 for both PC and Nintendo Switch. As time goes by, lower prices may be found for the game on both platforms.

Into The Breach Review: How It Compares

For this Into the Breach review, we picked a few similar titles available on the market to see how they stack up.

Into the Breach - Nintendo Switch [Digital Code]
Buy on Amazon

The storyline itself is very modest—just barely enough to justify the gameplay. We think a better story would have added to player-immersion.

While certainly not cutting edge, this game’s graphics have a lot of style and are fun to look at. They hint at the way games used to look without looking outdated.

Any competent Into the Breach review should also discuss the controls. The desktop version is a mouse and keyboard game although controller support is included for those who prefer it. The Switch version is controlled only by the controllers (analog sticks plus buttons); there is no touch screen input supported.

The gameplay is the best aspect of the game. While it may be too hard for some, this is a smart game for smart players, and the randomization factor will keep one coming back despite the lack of a great story.

This game, released in 2015, is described as a tactical RPG inspired by the Power Rangers. Thus it is somewhat of a different genre since the focus is less on strategy and more on working one’s character through a story. On the other hand, it is a tactical game, much like the subject of this Into the Breach review. Most find the difficulty to be substantially lower than Into the Breach; many consider it to be too easy. Its charm seems to be in the Power Ranger theme itself, and so, customers who are not Power Rangers fans may wish to look elsewhere.

The player assumes one character of any five stunt doubles acting as Power Rangers who quit their jobs to start their own Power Ranger’s film studio. They must create numerous exciting action sequences in the form of battles to attract views, earning the money they need to expand their studio.

Similar retro graphics to Into the Breach, but with slightly lower quality.

The controls are simple, as are the game mechanics. 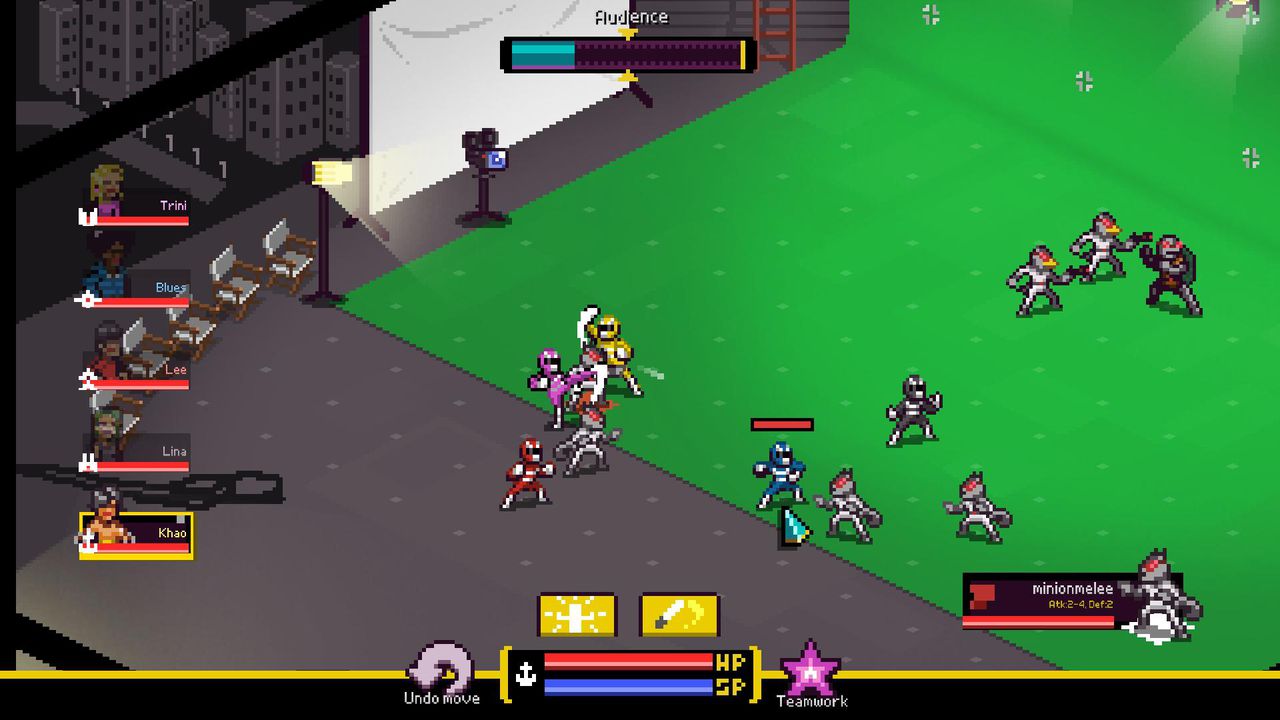 The game is fun up to a point, but perhaps the most common criticism of this title is that it is too easy.

Master of Orion was originally released in 2003 and has maintained a strong following despite its age, in part because it is a part of a larger series of Master of Orion games that began in 1993. It sits squarely in the turn-based strategy genre, with a science-fiction theme, but has a deeper storyline and more in-depth gameplay. Beyond that, the original is likely too outdated to satisfy many gamers of today, while the newer version is so much more in depth, and requires so much higher computer specs, that many customers would not consider it a viable alternative to Into the Breach.

The player is responsible for growing and managing a galactic empire of his own making. This includes the areas of administration, politics, and espionage. Generally, it is more complex and requires a greater time investment than Into the Breach.

The graphics are dated but are tolerable considering that this is not an action title.

The controls are simple mouse and keyboard, but the interface involves a lot of menus that make it harder than necessary to issue commands quickly. 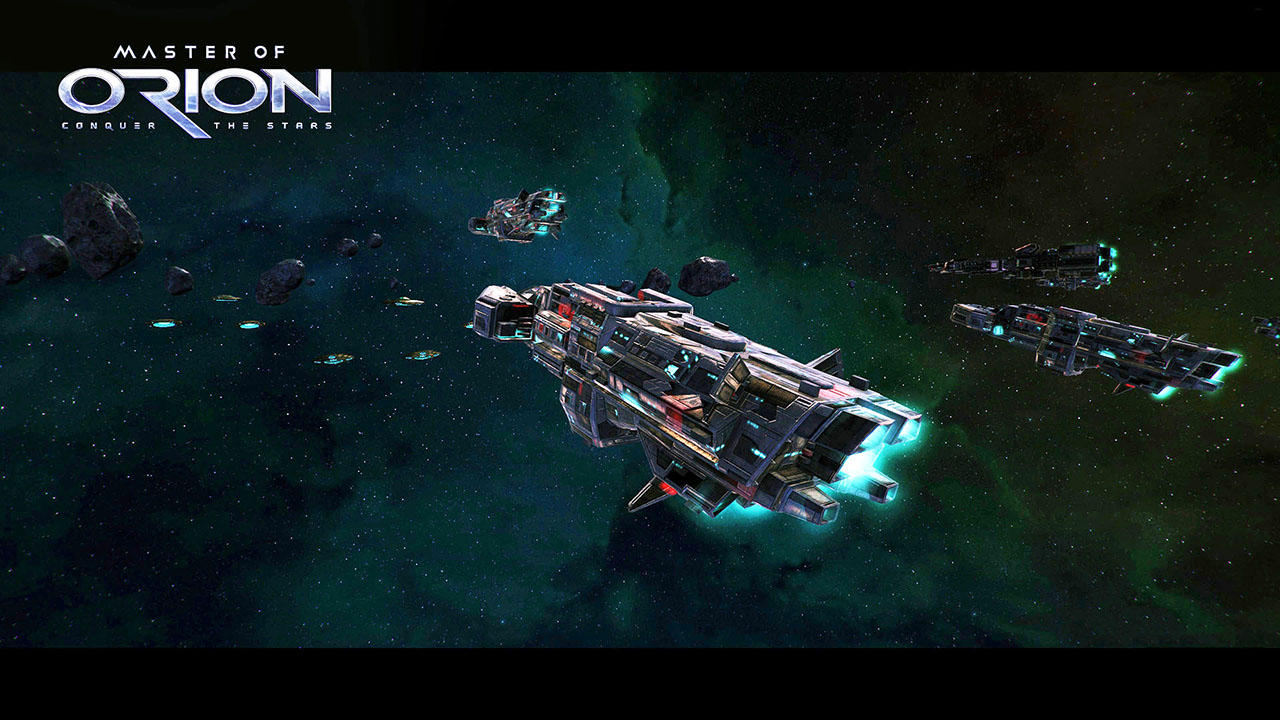 The gameplay benefits from the overall heritage of the series and is substantially complex, but the user interface is considered by many to be unnecessarily cumbersome and the AI often makes confusing decisions that throw the game off-kilter.

Released in 2010, Supreme Commander 2 is, in some ways, the closest game in our comparison selections for this Into the Breach review. It involves both strategy and mechs in a major way. The main difference is that this is a real-time strategy game rather than being turn-based. It also takes place on a much larger scale than an 8×8 battlefield.

Ultimately, the player is to manage a large military force in conflict with daunting enemies, and must use both tactics and strategy to succeed; just remember that being an RTS, the player must be good at thinking on his feet. It also includes both single-player and multi-player regimes.

The storyline is overly scripted and feels both forced and over-the-top if you pay very much attention to it, which many players will not. When compared to Into the Breach, it offers a lot more depth. It all depends upon what you compare it to.

The graphics are much more impressive than what one finds in Into the Breach, but they are dated by today’s standards. It needs a 3.0 GHz CPU, compared with the very modest requirements of Into the Breach.

This is a basic mouse and keyboard game. No fancy controllers needed here unless you get the Xbox 360 version. 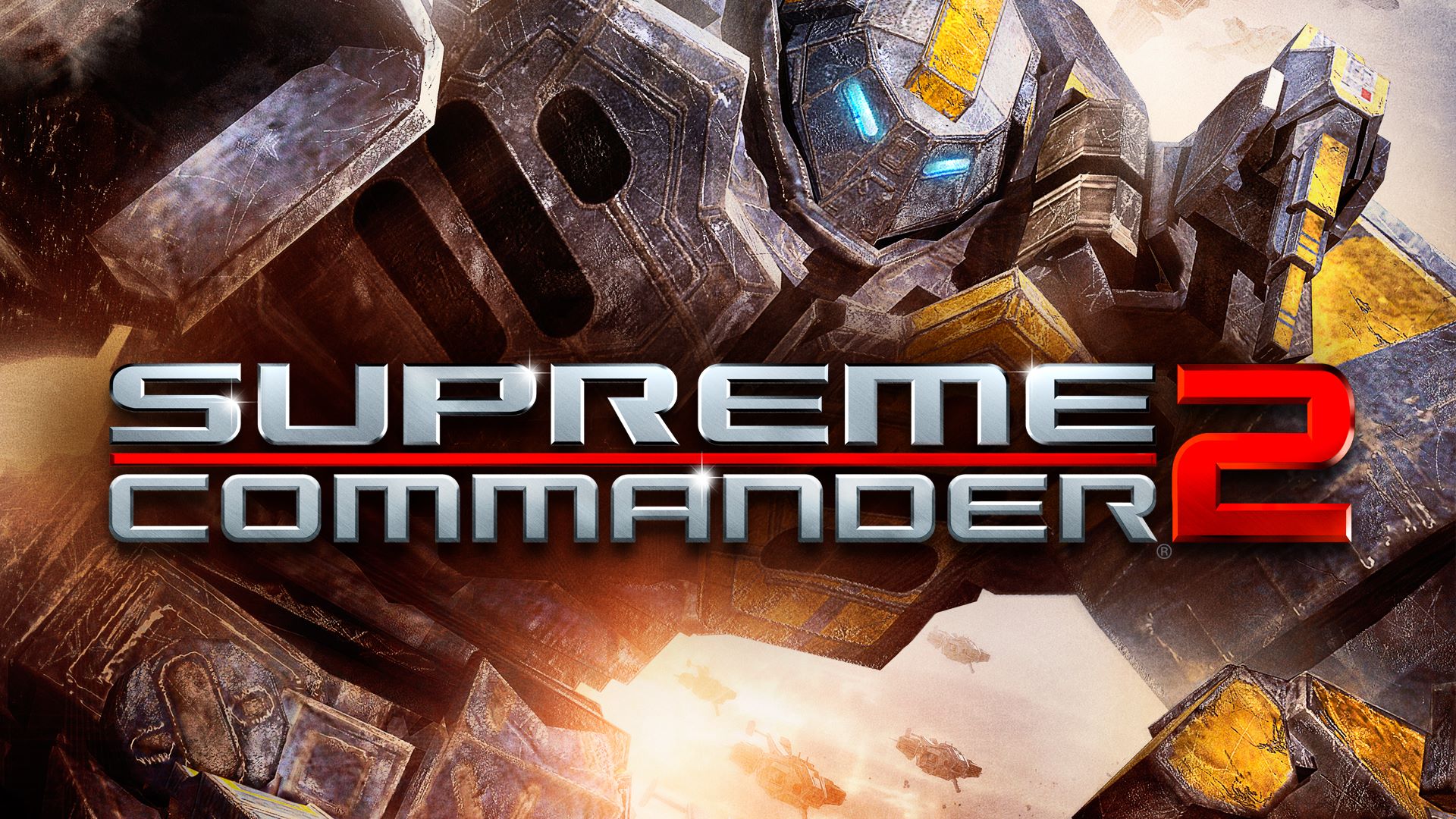 Like some other games we have considered here, Supreme Commander 2 is designed for longer periods of individual play than the subject namesake of our Into the Breach Review. This is a game where an individual fights last 45 minutes at a minimum. Keep in mind that this game is actually scaled down from its predecessor in the series.

In bringing this Into the Breach review to a close, let us summarize. The game brings the player a surprisingly sophisticated strategy title that is custom-designed for people who prefer their gameplay in bite-size chunks, rather than hour-long slogs. This is a game that one can pick up and put down—and then pick up again. This is a good thing. We’re a fan of anything that can keep you coming back for more.

It is a turn-based game rather than a real-time game and is exclusively single-player by design. This gives Into the Breach a more cerebral, chess-like feel as compared with real-time strategy games like Supreme Commander 2. Simultaneously, that the playing field and circumstances of each skirmish are randomized gives the title a high level of replay value. The high replay value of Into the Breach makes its $15 price tag quite a bargain.

Overall, we see the game in a positive light, as long as the scope of the game is understood. Into the Breach is both fun and smart, but lacks the depth you might find in games where one manages a larger array of forces. For what it is, it works well and offers the user a title he or she will keep coming back to for a long time, even if only to play for a few minutes at a time. If you have some time and $15 to burn, we recommend giving this title a shot.