The latest title in the Batman Arkham Trilogy disappoints from the get-go – talking about the PC port, which should’ve been delayed until issues were fixed.

Batman Arkham Knight, which pins our beloved caped crusader against iconic villains, has one more foe to deal with – the relentless 30-fps enemy.

Warner Bros. – the studio in charge with publishing, and basically those who call the shots, knew of the issues plaguing the PC port before checking the A-Okay To Ship box, which is more than worrying. Fortunately, they put a stop to the whole catastrophe before everyone on the internet rallied up and stormed their headquarters. Still, they wouldn’t have done this if the consumer backlash didn’t hit so hard. 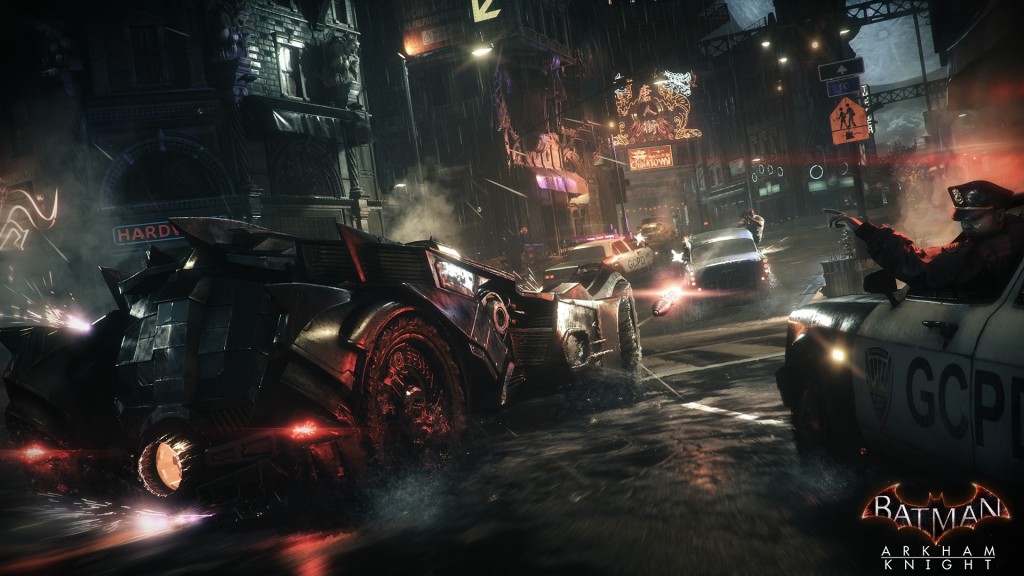 The internet is riddled with reviews, and pieces about how much of a fool Warner Bros. thinks we are.

Luckily for us, the PC version of Batman Arkham Knight has been pulled off of Steam, and owners can get a full refund – GreenManGaming, and GOG are also offering full refunds, plus removing the game from their library. For the time being of course.

What makes the new Batman game good? Well, not much. It feels like most of their ideas are rehashed, with just a quarter being original – and I use the term lightly. Why call it the end to the Batman Trilogy in the first place? Aren’t there like three games already released? Batman Arkham Asylum, Batman Arkham City, and Batman Origins. 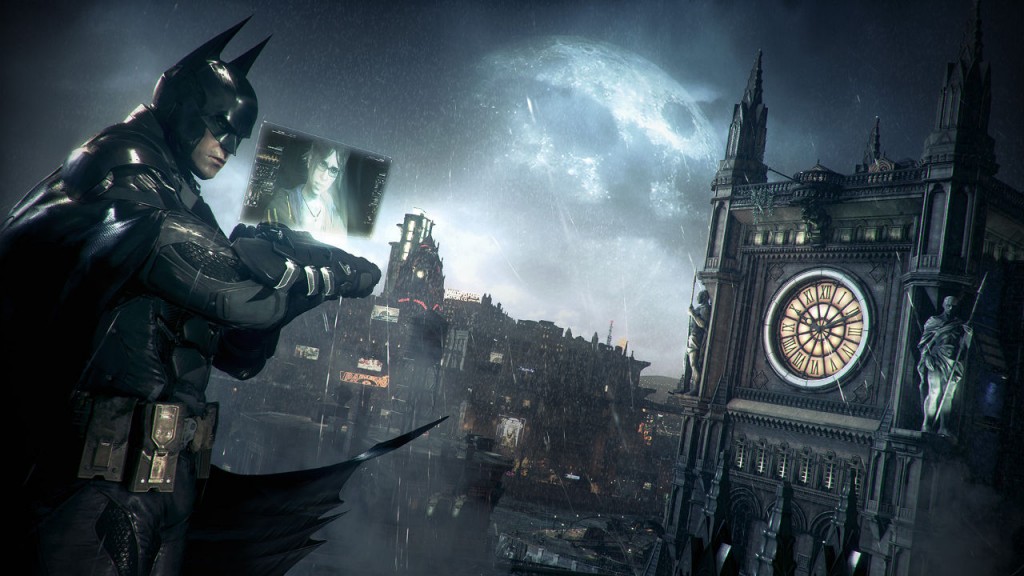 Should we just forget the Origins bit? I know it was shipped with bugs, with only a mere fraction of them being fixed – walkthrough breakers have been resolved, but devs have stopped supporting, and subsequently fixing, the game.

” The issues that are not progression blockers will unfortunately no longer be addressed. We apologize for any inconvenience this has caused for some of you, and want to thank you for having been patient.”, a statement from the company was issued in February of 2014.

But all in all, it was a good game. It feels a little bit shallow to just ignore the game’s existence.

If we dig deeper into the mud, we find out that the dev in charge of porting Batman Arkham Knight for PC is the same who worked on Batman Origins. Yikes, that’s a major warning sign.

I wanted to play Batman Arkham Knight on my PC, but unfortunately I couldn’t, so this review will be based on the PS4 version. 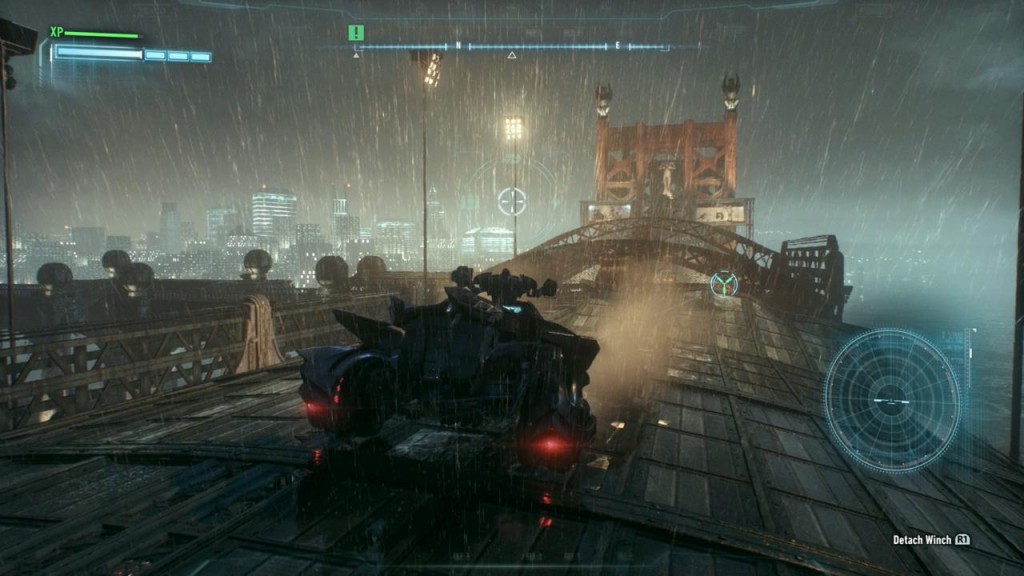 Batman Arkham Knight feels like that Batman cartoon series that aired in the 90s. The Batmobile is a sweet addition to the game, or so I thought until I actually played the whole thing. Little bits of the Dark Knight are paired perfectly with the animated 90s series, but it all feels so, uhm, weak?!

I enjoyed my playthrough, but if you ask me if I want to play it again to get all of the trophies I will kindly say no – then, I would put you on my Send Glitter to Enemies list.

The whole plot is just absurdly stupid. Scarecrow, and the mysterious Arkham Knight will be your main antagonists. There’s a secret main villain which will come later into the story, but I won’t discuss anything related to him, so I don’t spoil the surprise – no, it’s not The Riddler. Seriously, how is that guy even a villain? 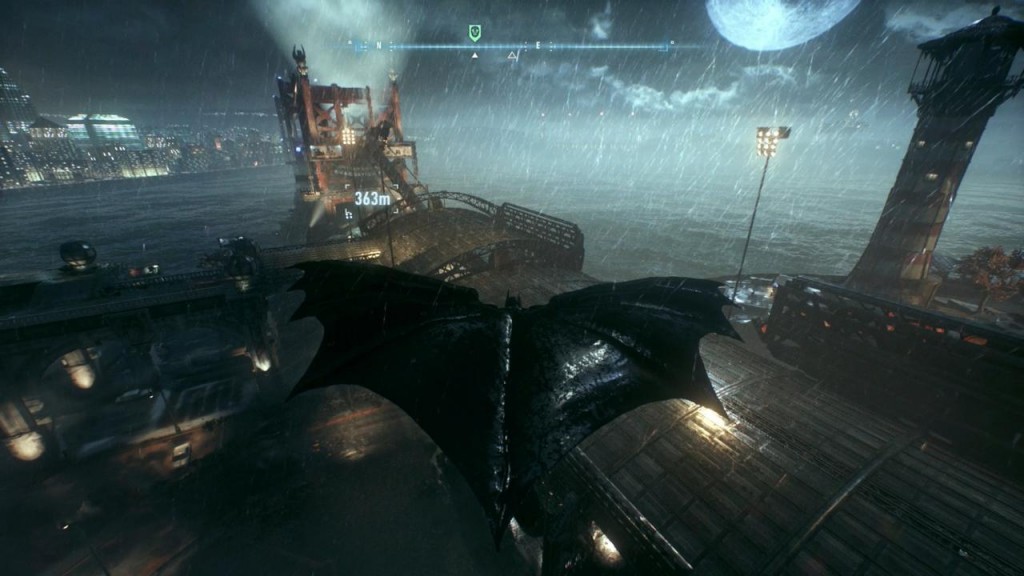 The secret main villain comes as quite a shock, and it will feel like a breath of fresh air when you’ll tackle that story arc.

Scarecrow, who made a terrific debut in Arkham Asylum appears in Batman Arkham Knight as this over the top buffoon. The whole plot revolves around Scarecrow’s warning to Gotham’s residents – a plan to murder everyone who stays in the city with a gas concoction of his. But you see, he gives residents something like a two week window so they can easily leave the city. 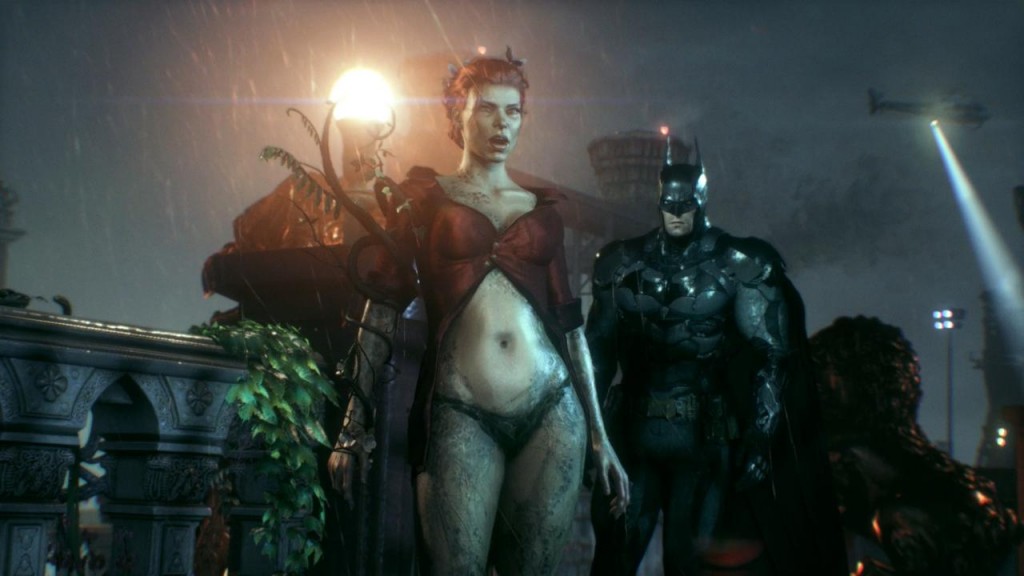 The only ones affected by the gas were Scarecrow’s henchmen – gee, that’s such a smart plan, what are you going to do next? Warn everyone that you have an axe, and then cut of one of your limbs?

At least everything gives that eerie feeling of Blade Runner – the city is beautiful designed, and more often than not you will surf the skylines, and just gaze and how marvelous the city is.

But, all that comes clashing down on you because the whole game was made up with the Batmobile in mind. God, I hate the Batmobile.

I was so stoked when they first announced it, but now I wish it removed from my mind. Why? The controls are just horrendous, and unfortunately, you’ll have more than one mission that will require the vehicle. It does come as a nice gimmick, I can give you that. I also can give props to what an awesome potential it has, but nothing more. 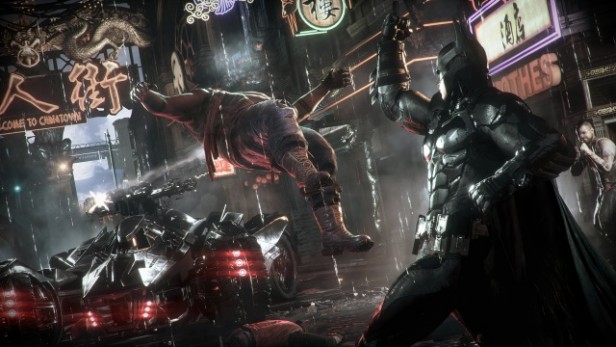 It becomes tedious, and just down right boring to play Batmobile battles – yes, it can turn into a tank.

More tedious are the seemingly never ending kill-those-henchmen missions in order to reach a villain. There are quite a few of them, villains, spread out throughout Gotham which will require two, or six missions to reach. But the main arc is plagued with a ton of irrelevant henchmen killings.

Although the combat still feels fresh, it’s a good thing they’re putting an end to the Batman Arkham Trilogy. You get tired of it after four games – it’s still fast paced, and entertaining, but for how long? I played the Batman Arkham Knight PS4 version for seven hours at a time, and I had to let my controller down, and play some adventure indie platformer jut to feel my fingers again. 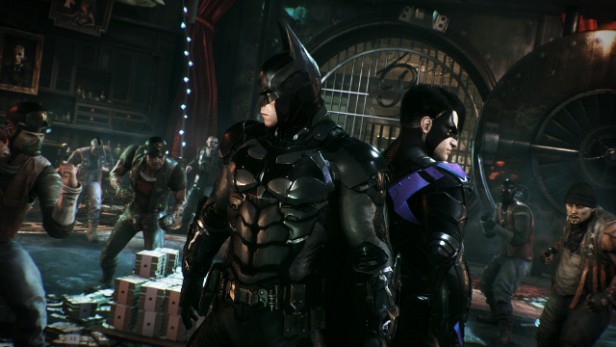 The sequences, and combos are pretty great, but they don’t add to the game – its novelty wore off ages ago.

You have a dizzying repertoire of devices, and going through a horde of henchmen, and leaving them unconscious on the ground can feel satisfying at times, but as I said before, you’ll get tired of it pretty fast.

The PS4 version of Batman Arkham Knight is charming, and beautiful. The art, and design team needs some praise, because at times, besides feeling like Blade Runner, I was remembered of Bioshock’s 1940’s USA meets Gothic style. The architecture is just brilliant, and you can really see that the team behind the design of the game really put some effort in it.

As expected, everyone has a different vision of how Batman should be, or feel like, but you have to admit the fact that Rocksteady, and Warner Bros. just wanted to milk the cow a little bit more. 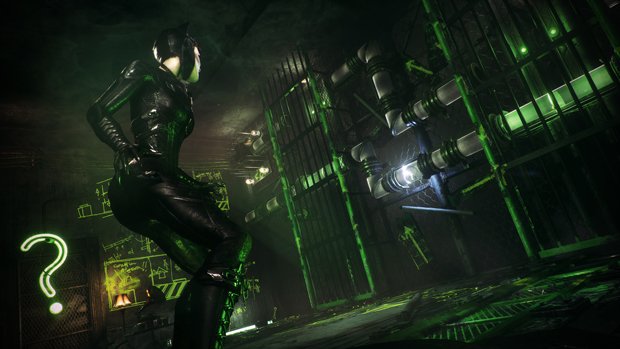 Batman Arkham Knight was in no shape of being released for PC, well, unless you like playing a Batman Walking Simulator.

One last thing before I end this short review. Why are the female characters in this game so helpless? Catwoman doesn’t have any role whatsoever. You’ll find her tied to a radiator, waiting for you to put her leash on, and take her for a walk. That’s despicable.

Have you played Batman Arkham Knight? Or are you sick and tired of the franchise?

I know I’ve been harsh, but this is how I see the game. This article is in no way meant to minimize the game’s popularity, or quality, and I urge you to try it out for yourself, and decide if it’s worth playing or not. With this being said, I hope you find it more enjoyable than I did.