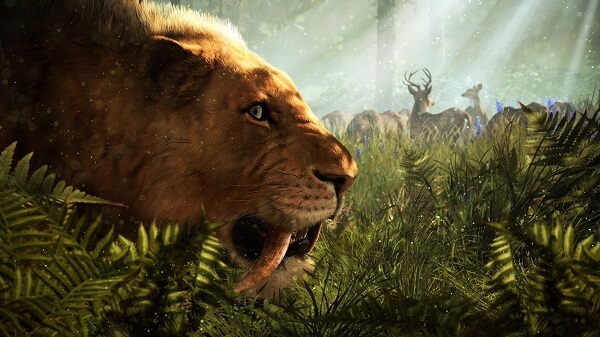 It’s slower paced than previous Far Cry games, and there are a lot more ways to die than before, but it adds to the excitement and fun of it all.

On one night, I was exploring the valley, but, like the fool of a Took that I am, I forgot to bring enough wood for spears, a ridiculously low amount of meat for health, and I wandered so far off, that I was miles away from the nearest safe haven i.e. a campfire. But, by going all stealth, sprinting when it was possible, collecting all the wood that I could land my hands on for torches, and with three remaining arrows, I got to safety quite fast. It was incredibly thrilling, and these kind of experiences make Primal an excellent game. 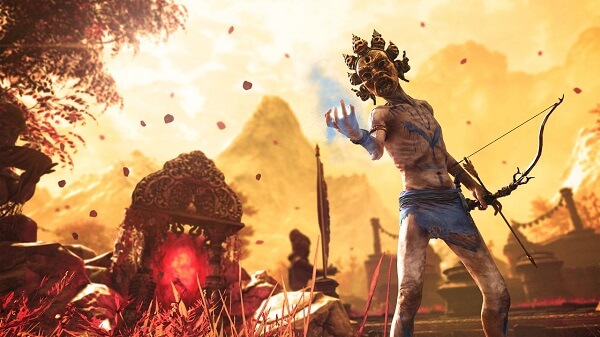 However, the Stone age setting really puts a dent in the overall experience if you’re not into progressing from scratch. You’ll have to rely on your wits, stealth skills, club and bow for the most part of the early game. There are other tools that help you on the way, yet, most often than not, I still used the  aforementioned classic rotation to get the job done.

At the beginning there are quite a lot of enemies that are just too powerful to kill, which makes Far Cry Primal quite frustrating. Even though I have the best spear upgrades, and a ton of experience, it still takes a lot of time to get a tough enemy dead. It’s not that it’s really tedious, because it is, but it’s just a useless ploy to make the game longer.

Some of you may like the fact that it sticks to the realism that it’s the Stone Age, while others will find it annoying. I’m with the latter. 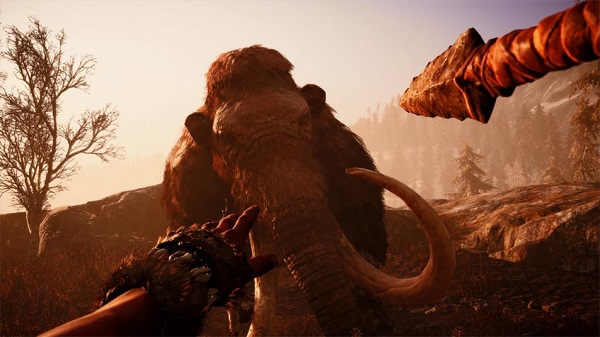 It’s really fun. It does stick to the same old good stuff, but if the mechanics ain’t broken, why fix them in the first place? The GameGuideWorld crew wholeheartedly recommends Far Cry Primal, and we are quite curious what Ubisoft has in plan for us in terms of DLC.