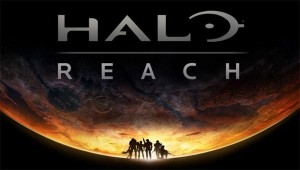 Once again Halo: Reach fans will be treated to a new batch of content in the form of the Halo: Reach Defiant Map Pack. The DLC brings three all new maps to the multiplayer, including a new Firefight map to take on. This will also mark the first release by Microsoft’s studio 343i, the new Halo development team that has taken control of the franchise since Bungie’s departure. Three new achievements are added as well, but are objective mode based rather than requiring anything of the Halo: Reach Defiant Map Pack maps specifically. This seems like a tactic to get players to explore more of the game modes than just the typical Team Slayer, but no one should have much trouble with them. 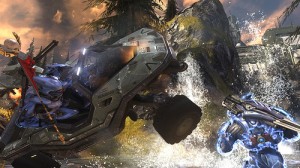 First on the roster is the brand new Firefight map, Unearthed. It’s nice to see them finally adding content to the fan favorite mode, but having them pass it off as a map on a map pack seems a little cheap considering the rather small size of each of Firefights arenas. This in no way means it is a poor addition however. Heavy vehicles seem to be the focus here, as you will find the recently introduced rocket turret-mounted Warthog and plenty of Wraiths, Ghosts, and teams of Hunters to take on. The ordinance drops also provide additional support against these threats with the Target Designator, rocket launcher, and Spartan Laser. Tagging a Wraith or Elite and watching as the field of fire moved along with them and annihilated entire squads was quite rewarding when I found myself outnumbered and low on precious ammo. The map features a multi-tiered UNSC base with a dirt road winding around it. Catwalks and miniguns help thwart off the attackers and plenty of inside rooms are present for additional cover. All of these features coming together make for a unique Firefight experience but expect a smaller, less frantic map than others before it. 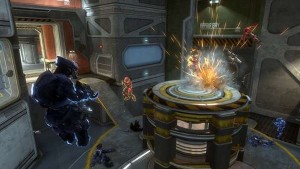 As far as the competitive multiplayer is concerned, the Halo: Reach Defiant Map Pack comes with two new arenas for players to do battle in. The smaller of the two, Condemned, is set upon a UNSC station orbiting the freshly glassed planet Reach in the middle of the final battle in space. This map was a personal favorite for me partially because I love close-quarters combat but mostly for the aesthetics. Looking out of the bases windows you will see cruisers burning as they drift through space while the UNSC and Covenant forces battle around them. Inside you find the typical space station holograms and lighting, very similar to the last map packs own Anchor 9. Hallways and two-tiered rooms make up most of the battleground in a constantly moving circle, making it easy to find your way to the next battle. Players will find a surprise waiting in the middle of this map in the form of a zero gravity room “protected” by failing shields. This eliminates hiding behind shield doors during standoffs as you can shoot and throw grenades right through them. Plus, who doesn’t enjoy a good zero-G grenade toss battle? With the map constantly keeping things moving and less camping behind shields and unexpected threats in the zero gravity section, this is a great addition to any playlist. 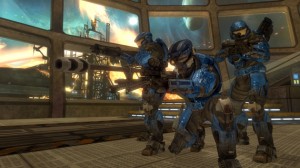 Finally we have the map Highlands which should grab any Halo lore fanatic’s interest. Based in Reach’s Military Wilderness Training Preserve, the same setting as the novel Fall of Reach and a key location of the legendary Master Chiefs intense Spartan training, Highlands is an asynchronous map with differing bases on each side. The bases have separate layouts that players will have to learn to gain the upper-hand. This map felt very objective oriented, with hidden power weapons above an active dam and very long sightlines to get the edge up on the other team. Sixteen players on Capture the Flag is a total blast, as are Assault game types. I imagine plenty of forge mode races and Grifball variants will show up soon after players get their hands on this map. You may get the feeling that this is just another Forge World creation passed off as a new map at first, but as soon as you look into the distance you’ll know this map is unique. 343i once again shows off its attention to detail with Covenant capital ships glassing the surrounding mountains in the distance, which are on fire with smoke billowing overhead. You can even see the failing efforts of Reach’s last defenders firing at the ships, but arcing down just before reaching their target. This definitely sets the mood for the players engaging each other on the ground. Though this is a large map, I still felt a little cramped because of the linear build of it. It still stands out on its own and provides a great place for objective gameplay. 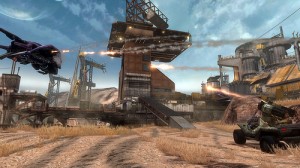 While these maps bring plenty of new things, the whole package felt very familiar. Plus only one Firefight map added made the experience feel a little shallow for the price. Regardless, you will still find some great content here that is sure to give life to the Halo multiplayer and hopefully alleviate any doubts of 343i becoming the new masters of Halo. The Halo: Reach Defiant Map Pack is set to release on March 15th for 800 Microsoft Points.
[xrr rating=8/10]
Review by Chris Davis

Be sure to check out our second look review.