If nothing else, you have to give Warhorse Studios credit for being ambitious. The Czech studio combined talents from across the gaming world to make their first major release, one that would strain the resources of even the most established studios. In this Kingdom Come: Deliverance review, we’ll take a look at the game’s story and how it handles to determine if the end result is worth your time. 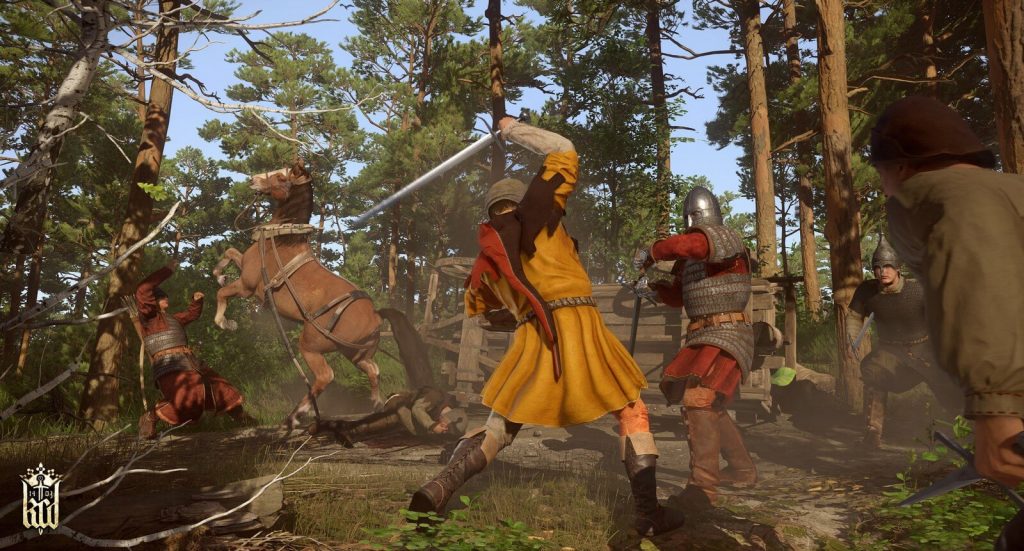 The story places players in the shoes of an average man in the middle of Europe during an era in which average people didn’t live terribly long (or often pleasant) lives.

This game stands out from the crowd because it’s anything but the usual power fantasy. It’s a fantasy of life in the 15th century to be sure, but one that doesn’t pull many punches.

Our Kingdom Come: Deliverance review will take a look at the two stories. The larger, and more obvious, one is the story of 15th Century Bohemia. It is a part of the Holy Roman Empire, an empire that will see its fortunes greatly wane in the next few hundred years.

Beset by invaders and governed only slightly competently, it’s one of the medieval kingdoms that feels familiar. It can ring a bell even to those players who haven’t studied much European history.

It’s also the story of Henry, the son of blacksmith who has his world turned upside down. From his first encounter with raiders to his later brushes with greatness, Henry is just a small cog in the world’s machinery.

He’s not a savior or a prophesied hero – he’s just a human being. In the end, it’s his story that’s most important because that’s what players will see most closely.

If there is a phrase that will come up again and again in the discussion of this game, it is realism. Everything in the game balances on a precarious attempt to recreate medieval Bohemia. This version is accurate to the period yet it still arouses interest in gamers.

There’s a grand attempt to make this more than an average medieval RPG. This is something you’ll be able to tell from the moment you start the game. You’re a simple villager, not the savior of Europe. No matter how far you come in the game, you’ll continue in the shoes of a character who would largely be a background character in other games.

The Mechanics behind Combat

In terms of actual combat, Kingdom Come: Deliverance review is resolute – you’ve been here before – at least, in a way. Strip the magic from a fantasy RPG and you’ll get a basic idea of how the game works.

You’ll experience all the usual RPG missions, from hunting trips with local lords to participating in massive battles. You’ll solve mysteries, settle disputes, and – perhaps most importantly – you’ll get into fights.

Combat in this game is nothing to sneeze at. It takes a stab at putting players in the shoes of a real medieval European combatant, and that means combat is deadly serious. The weapons you choose can be varied, as can the armor.

However, most of the time you’ll be trying to make sure the other guy gets the pointy end before you do. Combat is where the game shines, even if it can be a bit hard to get a handle on at first. 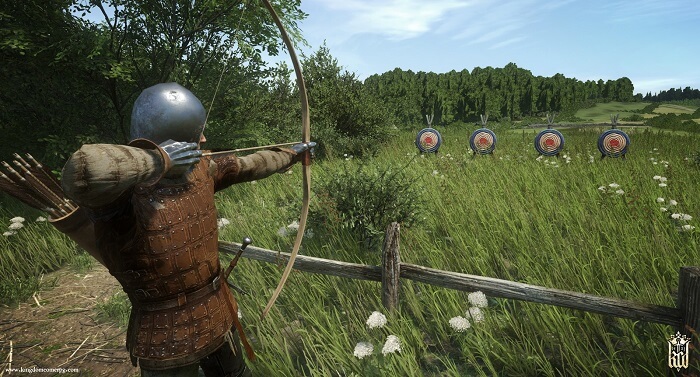 Our Kingdom Come: Deliverance review concluded that this is an ambitious game that it’s hard to fault it for all of its failings. It’s incredibly far from perfect. Nonetheless, it feels like it deserves bonus points for trying something different.

In an era that features endless sandbox games that rip off the same mechanics over and over again, this is the type of game that stands out. Kingdom Come: Deliverance delivers on the promise of this generation of gaming for a very specific kind of gamer, though. It’s going to turn others off for the same reasons that it will attract others.

Kindom Come: Deliverance is an important game, and it’s often also a good game. It feels like the start of something new. Hopefully, Warhorse will learn from this iteration of the game to make something even better next time. As it stands, this is definitely a game that’s at least worth a rental, if not a full-price purchase.

What are your thoughts on the game? Did it live up to the hype, or was your trip back to Bohemia a little too buggy for your taste? Let us know by getting in touch and comment on this Kingdom Come: Deliverance review.