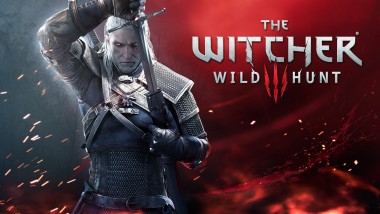 The Witcher 3: Wild Hunt is one of the most anticipated games of this year. It is the last installment of the Witcher’s franchise, and it’s by far the biggest out of the three. I’ve played the game for more than 100 hours and I still find myself coming back for more. The combat system is very well made, making every fight kind of intense and unique, while the story is just as captivating as in the previous titles.

The game is just as deep and dense as The Witcher 1 and 2, but this time around, they went for on huge open world that can seem a little intimidating at first, but it also is more rewarding. I find it quite hard to express how big and well made the open world really is. From numerous towns and villages, to dark forests and bright fields, it has it all. It also features a full day/night cycle, which changing weather, that impacts the way combat works. Combine all of that together and you will get one of the most interesting and authentic environments ever made.

On the top right of the screen, sits a handy mini-map, meant to help you find your way through the vast world, and without it I think I would have been lost more times than I can count. In an open world such as this, filled with various things to do, interesting characters and great dialogue, you will always feel like you have a purpose.

As far as technical performance goes, on the PS4 the game did drop under 30 FPS for brief periods, while the transition between the two main maps seemed a bit long for my taste. I have also noticed a few minor glitches here and there, but none of that impacted my play-through in a massive way. 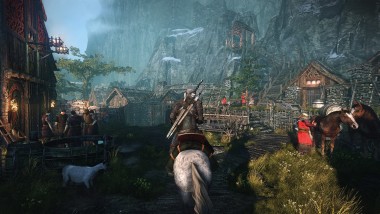 The Main Story and the Side Quests

The new map definitely has an impact on the main story’s structure, making it the lest fulfilling part of the game. Don’t get me wrong, it is not bad by any means, but when compared to the one from the other two titles, it falls a bit short.

The story begins as Geralt searches for his lost companion and lover, named Yennifer, and the cryptic Ciri. Unlike the intriguing mystery that you have to solve in the Assassin of Kings, this one is pretty straight forward, and all you do most of the time is run around and complete quests for different people in order to get more information about the two. The great voice acting, as well as the nicely written dialogue, adds a lot of depth to the story, but most of the time, when I was on the brink of making an interesting discovery, I am stopped and sent to kill some monster, or to look for a lost goat. Even the main protagonist is frustrated by this at times.

You don’t have to play the first two games in order to enjoy this title, but if you did it will help you understand Geralt’s motivation. Also, people that did not read the Witcher novels, written by  Polish writer Andrzej Sapkowski, will have absolutely no idea who Ciri is, so they will care less about finding this complete stranger. Yennifer on the other hand, we all know who she is from Witcher 2, and I must admit that I wanted to find and rescue her for a very long time now. I can’t even describe the rush of emotions that overcame me when I first saw her, but I’ll not spoil that moment for you.

The best time you’ll have with this game, is when you’ll go off the normal path, because here, The Witcher 3 gets almost everything right. Depending on your decisions from the previous games, you will meet many familiar faces that will offer you lots of interesting and different quests. From love triangles and assassination plots, to unexpected alliances and turf wars, you will have lots of things to do.

I must admit that the monster hunting contracts are still my favorite. The fact that you need to prepare for each fight makes these kind of quests ideal for a player such as myself. Even on normal difficulty you can get killed very easy if you are not careful. Before you go hunt a monster, you must first investigate its behavior, find its weak spots and be very, very patient.

Once you know how to kill the respective creature, you must prepare your potions and choose the correct weapon oil, and be advised that this is not a hack and slash kind of game. If you rush in head first into a fight, then more than often you will die so fast you won’t even have time to press the quick load button. Instead, stay calm, keep your guard up and use your Signs (witcher magic). Always try to evade your enemy’s attacks and then counter with swift blows. The monster hunting contract also provides you with a constant stream of income, keeping in very well with The Witcher lore.

The land is devastated by a brutal war and you will have to make some really difficult choices that will impact the outcome. It is rather fun to return to previously visited areas and see how they were affected by your decisions. In Witcher 3 there is no renegade or paragon rating, like it was in Mass Effect, and no morality meter. It is up to you to make the best with what you got, and remember, every decision you make, big or small, will have an effect.

The choice of equipment, as well as the character progression are both very impactful. The progression is rather similar to the one in The Witcher 2, but, in some ways, it is a bit more complex. The result is a far better RPG experience. The one big difference between The Witcher 3 and The Witcher 2 is the way in which you use potions. You don’t have to meditate anymore in order to drink your potions, making them immediately useful and a lot more practical. This is a normal change, seeing how the game has an open world map, and it would be almost impossible for players to predict every encounter.  There are a lot of new, interesting and powerful potions, but the ones from the previous titles also make a comeback.

The Signs have also been improved. New, they have alternate casting modes and they can be upgraded in a lot of different ways, making them extremely useful in every fight. You can actually build a mage-like Geralt, that uses his Signs more and his swords less. The return arrow ability is very useful now and I recommend that you get it as fast as you can. The skill system provides a lot of flexibility and, at the same time it’s very rewarding.

The crafting system allows you to build a wide range of items, such as armors and weapons, and it’s more in-depth than ever. 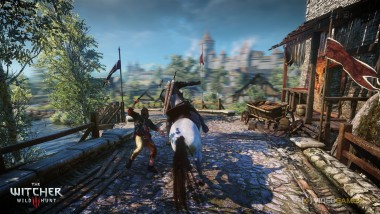 The combat in The Witcher 3 it’s by far the best of the series. It feels so fluid and it is so responsive that you will pray for monsters, or bandits to attack you. You can parry and counter incoming attacks, equip yourself with a protective barrier, set traps, use bombs, redirect arrows and so much more. On top of that, you also have the flourish ability, that will instant kill your opponent in the most gory way possible. Arms and legs will fly as you swiftly swing your sword across the battlefield. Simply put, the combat system in The Witcher 3 is one of the best I’ve seen, putting other similar RPGs to shame.

CD Projekt Red promised that The Witcher 3 will be their greatest project ever, and they have indeed delivered on that promise. The previous games were both huge RPG titles, with nice mechanics and an incredible story, but this game is monumental. They have managed to build an open world game, with an awesome story, great quests, perfect mechanics and, on top of that, they added the best combat system that I’ve ever seen.

It is fun, it is big and will definitely keep you busy for a long number of hours. In my honest opinion this is a must buy game for any hardcore, or casual RPG player out there.