Star Wars Battlefront fans should expect at least four expansion packs. They will add more than 20 new items – this means everything from vehicles and weapons to Star Cards for Imperial Forces and Rebels. Four new additional Villains and Heroes, which, at the moment of writing this, have not been specified. Four new game modes – and I’m quite curious what they’re going to be; and 16 multiplayer maps that will feature, as EA puts it, new locations.

Furthermore, those of you who buy the Battlefront DLC pass, will get every expansion pack two weeks before the rest of the world. You’ll also receive an unique Shoot First emote. 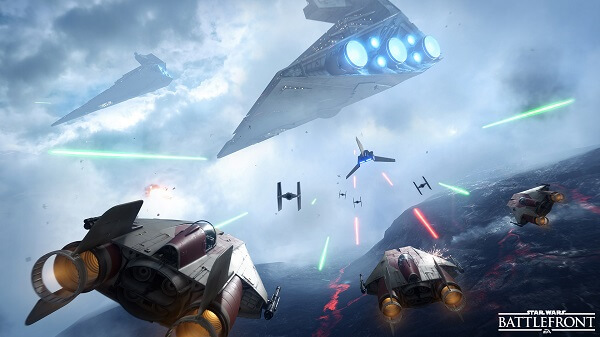 However, the Battlefront DLC pass comes with a hefty price-tag. It costs 50 bucks and it’s available fr PC, Xbox One and PS4. Most likely DICE and big daddy Satan, sorry, EA, will price DLCs exactly like they did with their Battlefield franchise – meaning that a pack won’t cost more than $15.

The first pay-to-play DLC will be launched at the dawn of 2016 – however, there’s no official release date at the moment.

Trying to make up for a decade of fooling around and annoying every gamer on planet Earth, EA has decided to give away the first DLC pack. It’s called Battle of Jakku and it’s heavily inspired by the upcoming Star Wars movie Force Awakens. The DLC is set to launch on December the 1st for those who have pre-order the game.

The rest of us lousy and disloyal Stormtroopers will have to wait until the 8th of December to get a taste of Battle of Jakku. 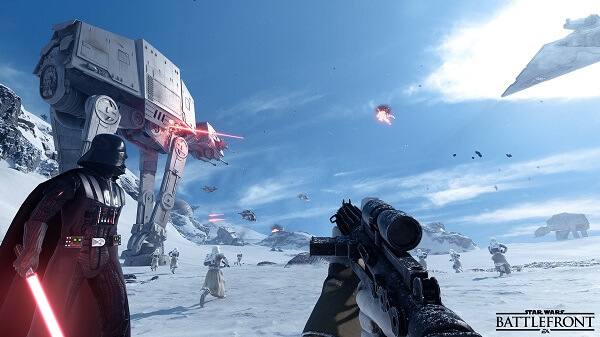 Star Wars Battlefront has launched yesterday, the 17th of November 2015 and the GameGuideWorld crew is hard at work playing it in order to publish the review as soon as possible. We can wholeheartedly say that it isn’t a Battlefield clone, even though it has traditional DICE elements sprinkled all over it. It’s fun, tons of fun, but also annoying as hell – it seems like the psychopaths that murdered me back in the Beta have come back for more.

I don’t know if a) I really do suck at this kind of game, or b) everyone is suddenly a FPS master.

Buy the Star Wars Battlefront off of Origin and check our Game Deals and Promo Codes page for the best discounts.